A petition that’s been circulating for a week on Change.org is asking the Quicken Loans Arena to “Allow Open Carry of Firearms at the Quicken Loans Arena during the RNC Convention in July.” Posted by an anonymous petitioner who calls himself The Hyperationalist, the petition caught fire when it became a darling of talk radio and right-wing blogging. The petition, which calls the arena’s ban on weapons “a direct affront to the second amendment…[that] puts all attendees at risk” has surpassed 51,000 signatures and is racing toward its goal of 75,000.

But the identity of its anonymous progenitor has not been fully cracked. Until now. The petition is the brainchild of a Democratic activist and blogger named James P. Ryan, who claims to be satirizing rather than supporting the idea that Republicans should bring weapons into their nominating convention.

Guessing his identity has become a bit of a parlor game among right-wing chatters and the success of the petition has stimulated Mr. Ryan, who is guarded about his identity, to call several New York City PR firms to inquire about representing him.

In an interview with Newsweek, in which he went only by “Jim” and declined to reveal his full identity, Mr. Ryan claimed to be a Democrat who is not a gun owner and is “absolutely” in favor of gun control. He claims to be “overwhelmed” by the attention the petition has received. He told the magazine that he started the petition as “satire.” The magazine reported that he is “based on the West Coast,” but the Observer reached him on a Philadelphia cell number.

“I am passionate about gun control and discouraging gun violence,” Mr. Ryan told the Observer. “When talk of a contested convention started brewing, I started thinking. On March 3, I threw a joke up on Facebook and Twitter and said, ‘Hey guys, you really want guns at your contested convention?’ ”

The petition itself is well-written and researched if predictably strident, and cites many arguments that will ring true to those in the gun rights movement. For example, the petition takes aim at the idea that “gun-free zones” increase safety, saying, “The NRA, our leading defender of gun rights, has also correctly pointed out that ‘gun free zones…tell every insane killer in America…[the] safest place to inflict maximum mayhem with minimum risk.’ It even raises the prospect of an ISIS terrorist attack on the arena during the convention: in which those in the arena ‘will be sitting ducks, utterly helpless against evil-doers.'”

All three remaining Republican presidential candidates are quoted opposing gun-free zones and signatories are urged to “take a stand” in refusing “to be hijacked by weakness and political correctness.”

Part of the petition’s success lies in how authentic the language is—it doesn’t read like a left-wing satire of “right-wing gun nuts.” Asked how he got the language so right, Mr. Ryan said, “It was an attempt to be aware of the language, taking the gun rights people at their word and not caricature them. We talk past each other in American politics. I’m seeing a lot of ‘Oh, it’s a Hillary troll who started this thing.’ Who cares who started it? Take a look at the words and see if you support it or not.” 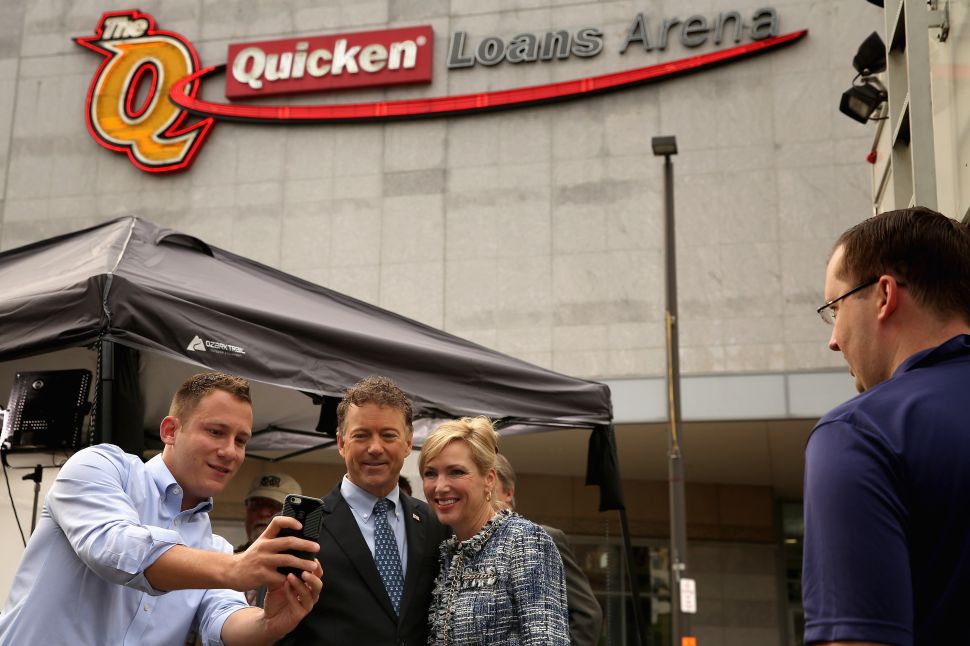