The artistic tradition of one particular Central Park South duplex will continue on.

Anissa Boudjakdji Balson, a designer and artist who also happens to be a great-granddaughter of publishing magnate William Randolph Hearst, has purchased a co-op at 222 Central Park South from writer-slash-biographer couple Sylvia and Edmund Harris.

“A privileged succession of artists and writer have enjoyed this duplex apartment,” writes the listing shared by Corcoran brokers Daniel Douglas and Eileen LaMorte, in a sort of self-fulfilling prophecy, we must say. Not only are the sellers renowned writers and biographers themselves, but a previous owner of the Gainsborough Studios duplex happens to be famed theater producer and director Harold Prince and his son, Charles.

It looks like Mr. and Ms. Harris reconfigured the three-bedroom, three-bathroom set-up into a more, well, artsy layout. It now has an enormous balcony master bedroom loft that looks out on the rest of the apartment, which includes a “contemporary” kitchen and a double-height living room with 18-foot windows and two sets of French doors, which open up to Juliet balconies.

Ms. Balson, who is also a director of the William Randolph Hearst Foundation, Hearst Corporation, and the Hearst Foundation, Inc., and her husband, Paul, the president of Balson Capital Management, paid $5.43 million for the co-op.

Perhaps it was simply in the cards for another artist, who happens to be a part of the Hearst clan, to join the ranks of Gainsborough Studios residents–the co-op was built in 1908 in order to create spaces for which successful artists would properly create and exhibit their work. 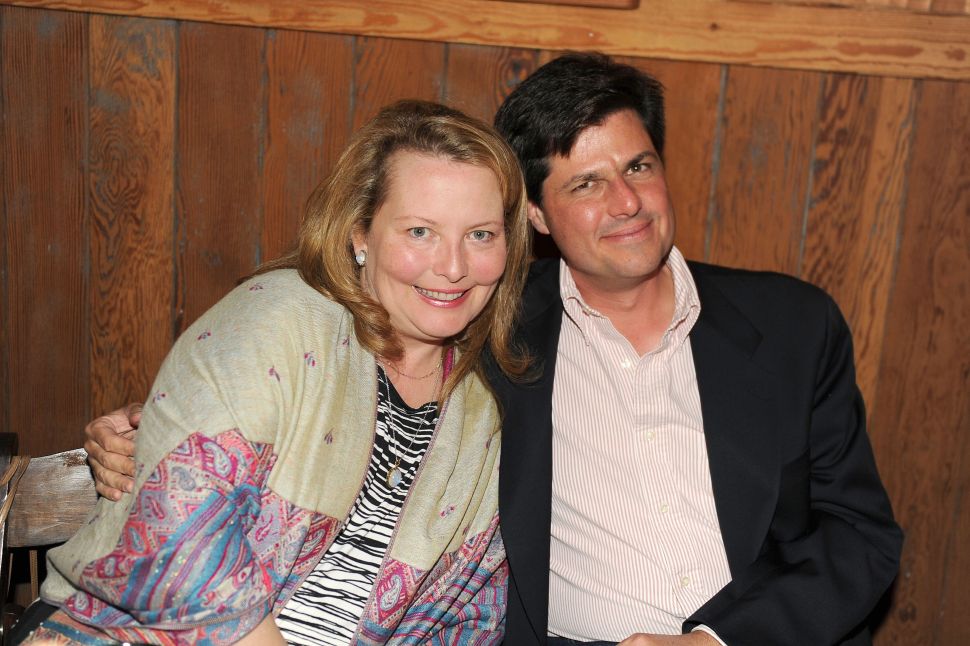