I’m looking at my calendar, and the date is March 3, 2016. America has had soldiers in Afghanistan for 14 and a half years, with no end in sight. There are high school students who’ve never lived a single second of their lives without the Afghan War as a backdrop. Thank goodness, then, that we have journalists like Sarah Koenig, who never lose their childlike sense of wonderment that the diplomatic process involving Afghanistan is hard, y’all. How would we know otherwise?

“Trade Secrets,” today’s episode of Serial, focuses on the prisoner swap that allowed Bowe Bergdahl to go free in exchange for five Taliban prisoners interned in Guantanamo Bay. Only the government can’t call it a “prisoner exchange,” since we don’t do that kind of thing here. They prefer the term “mutual release,” which sounds less like a fractious arrangement made between warring parties and more like something you tell your friends happened last night at brunch the morning after.

Only in typical Serial fashion, Koenig doesn’t stop with the Bergdahl-specific segments of the negotiations. Instead she surrounds them, or drowns them, with the context of the wider peace-process: the feud between negotiation advocate Richard Holbrooke and counterinsurgency warlord (and eventual classified-intel scofflaw) Gen. David Petraeus; Holbrooke’s death at a key moment in the process; our demands (the end of fighting, a split between the Taliban and al Qaeda, rights for women and girls, discussions between the Taliban and the Afghan government); their demands (removal from the list of terrorist organizations, an embassy-like political office in Qatar, the return of prisoners); the meddling, likely to the point of murder, of the Pakistani government; the paranoia of the Karzai government in Afghanistan; the death of hundreds of surrendered Taliban fighters in allied custody; a whole mix-up with the nomenclature on the Taliban office on Qatar; blah blah blah blah.

Normally this is the kind of deep-dive detail good journalism thrives on, but Koenig’s insouciance about the process—she marvels at the fact that a Taliban commander has murdered people like she’s watching an episode of 24; the fact that we invaded this country and set up torture camps doesn’t get the same level of gasping awe, somehow—make it a “tell us something we don’t already know” slog. The most interesting aspect of the story, the high-level government-shaping battle between US officials who wanted to put the military at the service of diplomacy and those who wanted it the other way around, is intriguingly mentioned but barely developed, a real disappointment given how pressing the issue remains to this day. Instead it’s used to set up a segment that’s basically a campaign ad for Hillary Clinton, who really cared about those Afghan women and girls, dammit—when she wasn’t busy ordering their coreligionists to be blown up in their country and Iraq and Libya, I guess.

The point is to establish how the best of intentions and grandest of plans were slowly eaten away through mutual distrust, bad luck, deliberate sabotage, and general lack of desire, so that the prisoner exchange that freed Bowe Bergdahl—originally intended to be a show of good faith that would take care of a “line-item” demand on each side but mostly pave the way for future, bigger agreements—wound up being a standalone affair. In that sense the episode works, only too well in fact; it feels like we’re watching the peace process stumble and disintegrate in reel time. Is it worth mentioning that Bergdahl himself isn’t in the episode at all? 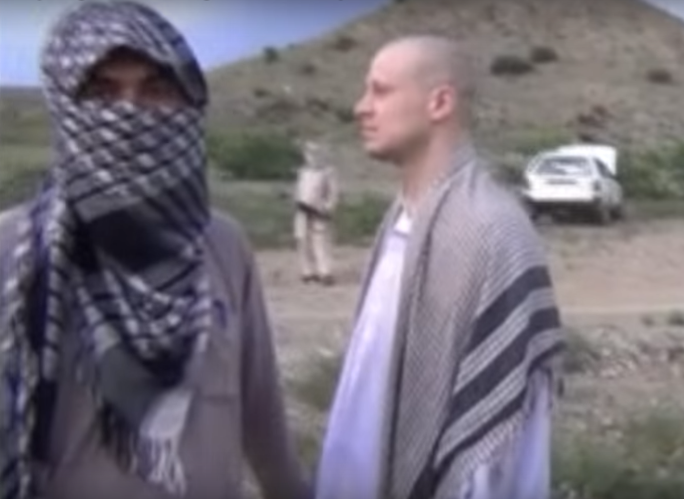