Vermont Sen. Bernie Sanders needed to change the direction of the 2016 primary season. He has won 471 delegates to former Secretary of State Hillary Clinton’s 658, but because the Democratic Party over-relies on superdelegates (those who can choose whichever candidate they want), Ms. Clinton actually has 1,130 delegates to Mr. Sanders’ 499. A candidate needs 2,382 delegates to win.

So Mr. Sanders needed to up his game, and up his game he did. Sparks flew between the two candidates, far more than the tepid disagreements the two had engaged in previously. Let’s see where each candidate did well and where each did poorly.

Where she floundered: She keeps claiming in interviews that she’s the most transparent candidate in history, but then she refuses to release her Wall Street speeches, saying she will only release her transcripts when everyone else does.

“And I have said and I will say again, I will be happy to release anything I have as long as everybody else does too, because what really is behind that question, Republicans and Democrats, is where I can stand up to Wall Street,” Ms. Clinton said.

Yeah, we’re not buying that excuse. Ms. Clinton claims that she can stand up to Wall Street, yet she has charged hundreds of thousands of dollars for speeches to the companies. The content of those speeches is at issue for her unlike other candidates, Republican or Democrat.

Also, despite acknowledging that “government at all levels” let down the people of Flint, Mich. when it comes to lead in the , she couldn’t definitively say people at the Environmental Protection Agency should be fired, instead focusing on the Republican governor of the state.

Ms. Clinton is now calling for the governor to resign, something she hadn’t done before. Debate moderator Anderson Cooper called her out on this, asking if she would also call for the head of the EPA to resign. Ms. Clinton waffled.

“I don’t – well, I don’t know how high it goes. I would certainly be launching an investigation. I think there is one,” Ms. Clinton said. “I was told that – you know, some of the higher-ups were pushing to get changes that were not happening.”

It’s just so much easier to blast Republicans than members of a favored liberal department.

Where she excelled: Ms. Clinton came prepared to knock Mr. Sanders over his opposition to the auto bailouts that Democrats claim saved the auto industry.

Ms. Clinton also excelled by coming prepared to take Mr. Sanders out with her responses. Mr. Sanders continues to harp on Wall Street, and while that might energize his existing supporters, it’s not anything new to bring new supporters on board.

Where he floundered: If Mr. Sanders were talking to another man, saying “Excuse me, I’m talking” wouldn’t be given a second thought. Just look at the Republican debates, where the candidates are now telling each other to “let me speak” and “count to 10.” But because Mr. Sanders is telling this to Ms. Clinton, the media is going to twist it into a sexist comment.

Mr. Sanders also presented one of the weirdest and most tone-deaf responses of the night when talking about race relations.

While it might be true that more African-Americans live in poverty than whites, it’s simply not true that whites don’t know what it’s like to be poor. Some of the poorest cities in America are majority white. And confining the word “ghetto” to the black experience is historically wrong and just plain strange. It appears Mr. Sanders has never visited Appalachia.

Where he excelled: He did have a nice comeback to Ms. Clinton’s auto bailout attack, by bringing up the Wall Street bailouts and telling the former secretary of state that “some of your friends destroyed this economy.”

Mr. Sanders is going to have to come more prepared and become even sharper if he hopes to keep Ms. Clinton from winning the nomination, and he didn’t really succeed at the debate. 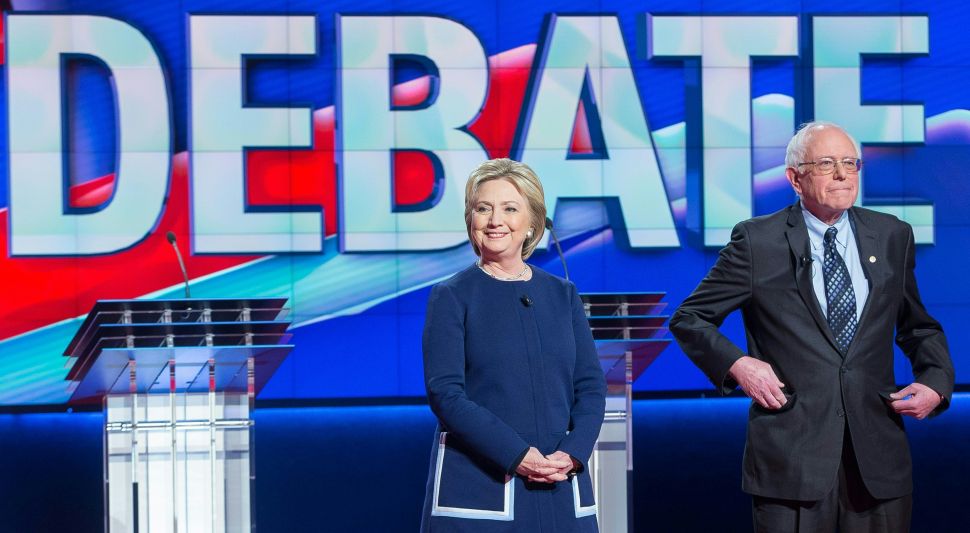