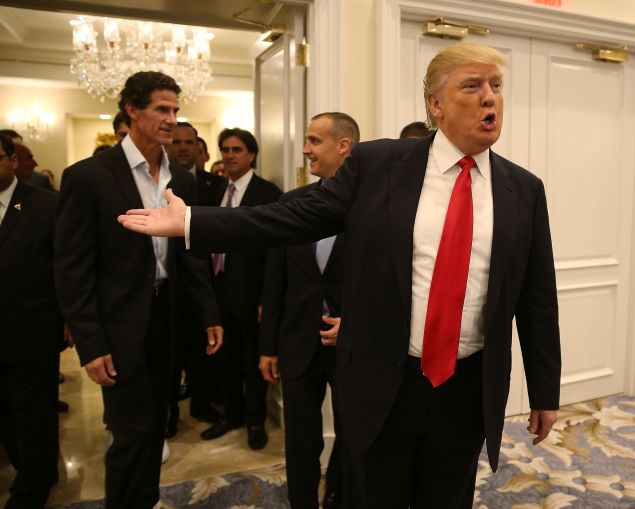 The movement to stop Donald Trump is looking with hopeful eyes to the Republican National Convention this summer, where the front-running billionaire may finally know defeat. Anti-Trump forces are banking on enough candidates denying Mr. Trump an outright majority of delegates, allowing another contender to block him on the convention floor. As of today, this is the best—and maybe only—way to keep the incendiary real estate developer from becoming the Republican nominee for president.

The Republican establishment should still think twice before heading down that road.

If Mr. Trump enters Cleveland with more delegates than any of his rivals and finds himself on the losing end of a floor flight, the backlash the Republican establishment and, more importantly, their candidate for president would endure could be nothing short of titanic. Does Mitt Romney think Mr. Trump, with his acid insults, furious tweets and increasingly belligerent rallies, is bad now? Imagine, for a moment, a scorned Donald Trump, whipped into a truly righteous fury with an army of supporters who would like nothing more than to burn the political establishment down to the ground. Imagine him occupying the high road—a man of the people denouncing a cadre of insiders who screwed over a candidate the voters really wanted. Imagine 10,000 Trump voters massing in the streets of Cleveland.

There is no good way for the GOP establishment to get out of this. Sen. Marco Rubio of Florida, briefly their great hope, is tanking, and may be forced from the race if Mr. Trump wins the Sunshine State next week as polls suggest. Sen. Ted Cruz of Texas appears to be in the best position to slow down Mr. Trump, but his colleagues despise him and “best” is all relative; he’s a candidate who performs well with deeply conservative voters and could be throttled in the larger, more cosmopolitan states, like New York and California, that go to the polls over the next few months. John Kasich, the Ohio governor, is in the flower of a nice comeback, but it looks like he’s too far behind to catch up to Mr. Trump.

The best bet for Republican Party elites, disdainful of Mr. Trump’s disregard of their orthodoxies and his hateful rhetoric, may be to stand down. Allow Mr. Trump to win the nomination, hope he loses in November and play the long game for 2020.

Anti-Trump Republicans reading this will hate the idea. Who wants to lose the White House again, especially with the Supreme Court on the line? Who wants to suffer through another Clinton administration, with this one, thanks to the populist mood, bound to swerve leftward from the 1990’s version?

It’s impossible to know what the dynamic will be in 2020, just as no one in 2012 foresaw Mr. Trump, then a celebrity sideshow, storming into the primary. What is certain, assuming a Hillary Clinton win, is that there will be a 73-year-old incumbent trying to win the Democratic Party’s fourth consecutive term, something that hasn’t happened since Franklin Roosevelt was president. The Republican Party, barring a truly unforeseen catastrophe beyond the scope of Donald Trump, will control the House and either have a majority, or be close to having one, in the Senate. Thanks to downballot gains, the GOP is expected to still hold an overwhelming number of governorships and state legislatures, where the real day-to-day policy is written. While grassroots Republicans have been irate at a GOP Congress that is confined by a Democratic president, there will be enough levels of government under their power to leave their imprint across the country.

A 2020 race will give the party another chance to groom a crop of strong, ambitious challengers who have grown in number during the Obama years. There’s Sen. Tom Cotton of Arkansas, a 38-year-old Harvard-educated Iraq War veteran in the mold of Mr. Cruz, minus the grandstanding. Sen. Ben Sasse of Nebraska, a budding leader among anti-Trump Republicans, is just 44. He’s a former college president with the substance Mr. Rubio always seemed to lack. Gov. Nikki Haley of South Carolina and House Speaker Paul Ryan, a former vice presidential candidate, will be on that list of challengers. There will be others.

The assumption here is that Mr. Trump, still struggling with low favorability ratings and the prospect of performing far worse than any other Republican nominee with nonwhites, will lose in November. This is no guarantee. A polarized environment will mean a fairly close election. Mr. Trump will start out with more than 40 percent of the electorate and all of the states that haven’t voted for a Democrat in decades. Even if Mr. Trump loses, what’s to stop him from running for president again? What’s to keep him from crashing the party twice?

In theory, nothing. But let’s return to the scenario Trump opponents are betting on this summer: a contested convention and a non-Trump nominee. Under party rules, which can always be rewritten, a large number of pledged delegates can vote for whomever they want if a first round of balloting doesn’t produce a winner with a majority. Many delegates are invariably party insiders who would take their cues from the Republican National Committee and flee from Mr. Trump during subsequent rounds of balloting. Mr. Trump hasn’t proven yet he can maneuver a backroom contest that will favor Republican veterans desperate to derail him at all costs.

Assuming the party’s success—can we say Republican nominee John Kasich?—hell will hath no fury like a Donald Trump scorned. Mr. Trump and his supporters already operate in a world of perpetual aggrievement: Mexican immigrants, the Chinese and Russia degrade America and make us look like patsies as the elites sneer at you, doing nothing. Out-of-touch politicians don’t care that the country is withering away and they’ll proudly stop the only man who can save it, a New York billionaire, because they want to protect their decadent status quo.

Take that resentment, multiply it tenfold and watch as Mr. Trump decides how exactly he wants to obliterate a Republican Party that stole his prize. His megaphone bigger than ever, Mr. Trump could spend every day insulting and belittling the Republican nominee, chipping away at his poll numbers. He could order his supporters, generously spread across the United States, to savagely disrupt any political event the nominee tries to stage. He can run as a third-party candidate, easily cutting into support for the Republican. When it’s all over in November, he would cement his role as America’s most colossal gadfly and troll, harassing the GOP by turning his legion of white working class supporters against the party. Before 2016, he was pretty good at commanding attention. After 2016, his celebrity will be unrivaled.

The most chaotic national convention in recent history was held in 1968. The Vietnam War was raging, Robert F. Kennedy had just been killed and the Civil Rights movement was at its tumultuous peak. At the Democratic convention, liberals wanted an anti-war candidate to take on Richard Nixon, and instead party power brokers, led by President Lyndon Johnson and Chicago Mayor Richard Daley, were able to nominate Vice President Hubert Humphrey, even though he had sat out every primary. Violent protests, fed by the Democratic Party’s decision and in spite of it, rocked the convention all week.

If Mr. Trump reaches Cleveland with many more delegates than anyone else and leaves the rock n’ roll capital without the nomination, 2016 would give 1968 a run for its money. It’s already been a disastrous year for mainstream Republicans. Mr. Trump, who Jeb Bush aptly dubbed “the chaos candidate,” could always up the ante. 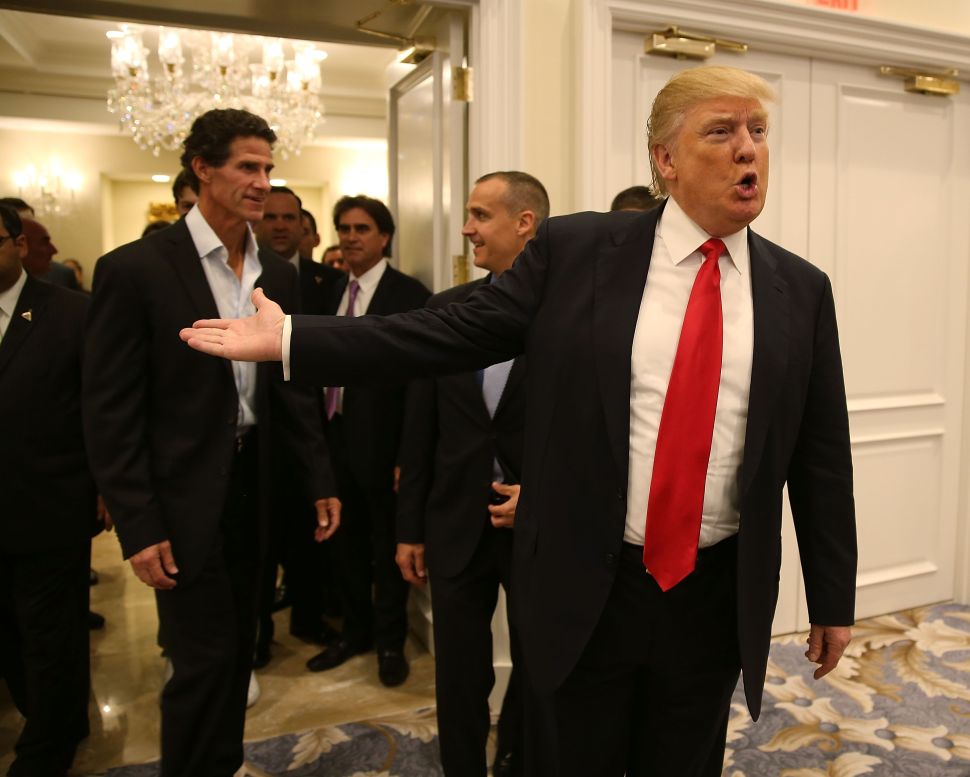