Trouble sifting through the mire of endless possibilities, nostalgia traps, and serialized fluff that contemporary television viewing offers? Here are six surefire series worthy of your time, effort and, most importantly, your DVR.

And Then There Were None

This mini-series, adapted from mystery queen Agatha Christie’s best-selling novel, earned rave reviews when it debuted across the pond last year in three installments. Now it comes stateside for a two-night TV movie, in which a group of eight strangers gather on a remote island. Of course, only one will leave alive. And what a group it is—Game of Thrones veterans Charles Dance and Burn Gorman star, along with Black Sails’ Toby Stephens and Sam Neill of Jurassic Park fame. And we get to watch them die one by one. Fun!

Will Arnett’s first Netflix outing, BoJack Horseman, was a surprisingly deep and occasionally depressing “real-talk” comedy, considering that the cast consisted solely of colorful talking animals. It also just happened to be one of the best shows of 2015. Flaked, co-created by Mr. Arnett and Arrested Development creator Mitch Hurwitz, continues down that same “laugh to cover the sadness” path. Mr. Arnett stars as Chip, a recovering alcoholic prone to self-sabotage—whether that means falling in love with the object of his best friend’s desire or making the decision to live in a place like Venice Beach.

Jenna Bans is a graduate of the “School of Addicting Television,” a.k.a. under the tutelage of Shonda Rhimes. A former co-executive producer and writer on Grey’s Anatomy and Scandal, Ms. Bans tries her first hand at showrunning with The Family, ABC’s latest addition to Thursday nights. A politician’s son returns home decades after he was presumed dead. The more the family attempts to integrate the son they thought lost, the question becomes not where he has been, but if he’s even who he says he is. Three-time Oscar nominee Joan Allen stars.

Sundance TV has gathered a hell of a trio for this comedy noir set in the swamps of 1980s Louisiana. Ex-convict Hap (The Following‘s James Purefoy) and his gay Vietnam veteran best friend Leonard (The Wire‘s Michael Kenneth Williams) are pulled into a treasure hunt by Hap’s ex-wife Trudy, played by Mad Men’s Christina Hendricks. Full disclosure, I’d recommend almost anything that gets these three back onto television, but luckily the endlessly charming Hap and Leonard makes a case for itself.

What do a preacher with God-like powers, an Irish vampire and a deformed man named Arseface have in common? They make up AMC’s crude, outlandish new series, adapted from the comic book series of the same name. Seth Rogen and Evan Goldberg developed and directed this decidedly dark tale that sees a preacher (Dominic Cooper) in the middle of a crisis of faith, who sets out to find some answers from the only one holding all the questions—God himself. 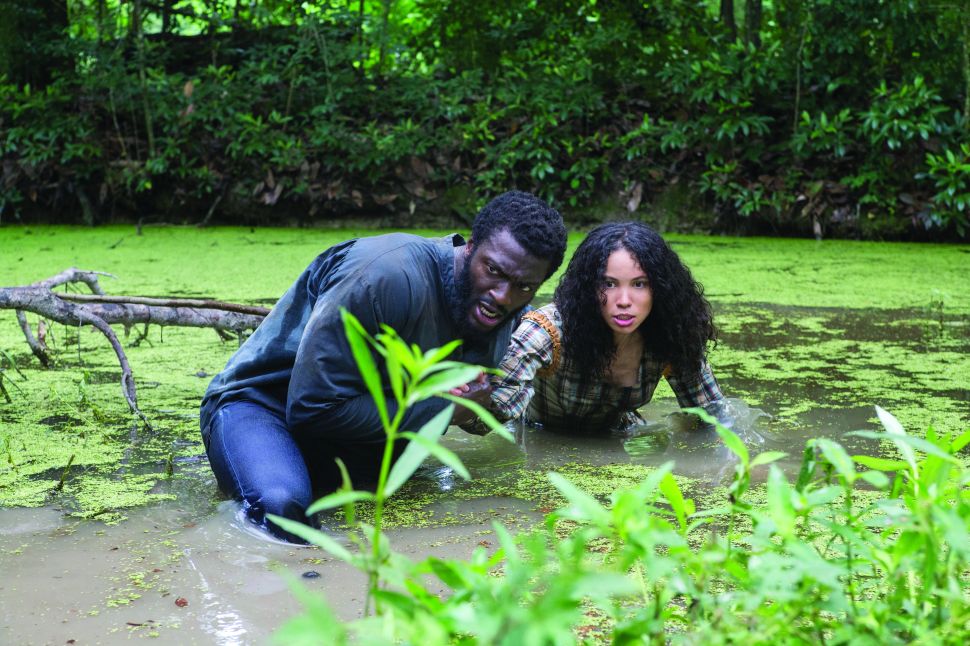