Vice launched its new cable channel Viceland this week by premiering eight documentary-style shows with incendiary names like Balls Deep, Fuck That’s Delicious and Weediquette. Although a travel series called Gaycation is getting the most attention (likely because it’s co-hosted by Ellen Page) people are talking about all eight shows. One thing you can say for Vice is that they know their demo… because they basically created it.

Guess who's getting faded and watching hours of #Viceland on their day off? It's me!

So #Gaycation is 1/3 sex ed, 1/3 travel documentary, and 1/3 me trying to convince my wife I don't have a crush on @EllenPage #VICELAND

I like the new #VICELAND channel but I like seeing all the old white people on their facebook page complain even more. they HATE it haha.

What happens in Colorado.

Stays in your system for a month

My dads watching the @KendrickLamar special on #Viceland 😁😁😁😁

The show pitches are coming in left and right.

I'd like my own show on #VICELAND where I try coffee all over the world and try to describe it without knowing what I'm doing.

New goal to add to the list, get a show on #VICELAND about young ppl around the world like me with an invisible illness. #beinformed

Aaaaanyway, here’s a dog in a hat.

Why is Ellen Page so perfect 😍😍😍 #VICELAND pic.twitter.com/dk1bQYXUt7

House of Cards’ new season dropped on Friday, and Twitter immediately launched into a binge-watching competition.

Many people will look physically & mentally exhausted this weekend. It's not the flu, it's #HouseOfCards binging.

Season 4 of #HouseOfCards is up?! I should have called out of work sick! I know how I'm spending my free time this weekend…

How my weekend is looking now that #HouseOfCards is live pic.twitter.com/jk8WCBhzkO

Well, this is cool…

There’s a new president hanging in our National Portrait Gallery. Last week, @smithsoniannpg unveiled a portrait of Kevin Spacey as Frank Underwood from the series #HouseOfCards. Why a real portrait of a fake president? It's part of a long artistic tradition of painting actors in character, and also speaks to major changes in how Americans consume TV in the age of streaming and binge-watching. When the museum asked Jonathan Yeo to create a portrait of Spacey for them, the artist was inspired by the show and its prominence in pop culture. The piece will be on view through October—just not in the “America’s Presidents” exhibition.

Finally, the reason why Robin Wright has always seemed like royalty is revealed.

Am i the only one who noticed this!? The resemblance it's uncanny!! 😲😁 @robinwright_usa #robinwright #houseofcards #kevinspacy #netflix #disney #lionking #sarabi

Agent Carter closed out its second season this week, and it’s unclear whether it will be renewed for a third. To combat disappointing ratings, rabid fans have taken to Twitter with a #RenewAgentCarter hashtag.

Peggy Carter is an amazing character who deserves to have more of her story told. #AgentCarter #RenewAgentCarter

Maybe I could start a campaign & mail these in to ABC & ask them to #RenewAgentCarter I've been finding lots! https://t.co/PbhABKtXua

#RenewAgentCarter
because Bernard is still out there somewhere. And God knows what he's capable of. pic.twitter.com/1juhDghRuu

Seriously, ABC, how can you say no to this fan art?

A little breakdown of everything: the jacket and skirt were sewn by me, using a vintage pattern that was altered to include the color blocking on the waist. The white shirt is the Lauren Top from @pinupgirlclothing, and the hat is from @stetsonusa, it's the same hat Hayley wore in the Pilot. ❤️ #marvel #marvelcosplay #cosplay #cosplayer #agentcarter #peggycarter #captainamerica #hayleyatwell

News broke on Friday that a knife found at OJ Simpson’s Rockingham estate will be treated by police as a potential murder weapon in the Nicole Brown/Ronald Goldman killing. And the press could not be better for The People V. O.J. Simpson.

Soooo this retired officer collaborated with the #PeoplevsOJ producers on this, right?

With the #PeoplevsOJ miniseries only about half finished, shouldn't the LAPD give a spoiler alert warning before today's press conference?!

If this all means the cast and crew need to come back to film one more "22 yrs later" episode of #PeoplevsOJ then that's great.

This is what happens when you do "True-Crime" stories… reality can add to the narrative, how many will now watch #PeoplevsOJ that didn't?

No way this is just viral marketing, right?

And thus, a thousand Knife Truthers were born.

Knife found on #OJ ex's property is just part of the #FX series #PeopleVsOJ hype. Will have no relevance to case. #LAPD 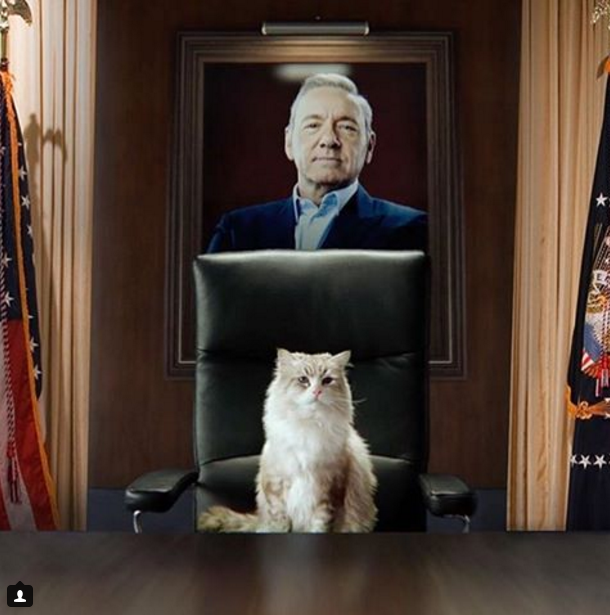