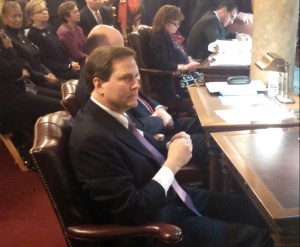 As New Jersey’s Democratic primary edges closer, the stakes may be highest in the first congressional district, where a young challenger to U.S. Representative Donald Norcross is staking his bid on a June 7 primary win. Alex Law’s campaign piggybacked on Senator Bernie Sanders’ momentum in its early days, but parallels between the two candidates may not bode well for Law’s chances.

The Law campaign has made headway with a similar bloc of white, suburban progressives, but Montclair State University Political Science Professor Brigid Harrison said that he will have to confront the Norcross machine’s deep ties to Camden City. The Camden County Democratic machine will pull out all the stops, Harrison said, to mobilize voters in the majority-black city and keep Norcross primed for a rumored U.S. Senate run.

If Law stumbles in competing with the Camden County Democrats to attract minority voters in Camden, could the challenger suffer the same decline as Sanders?

“This is where we tend to see higher turnout in cities than in other years,” Harrison said. “There reality is that if Norcross’ name weren’t on the ballot, the suburbs would probably matter more, but given the fact that we’re talking about a primary election in which Donald Norcross’s name is on the ballot, you can bet your bottom dollar that the county party machine will make every effort to turn out every single voter that they can in Camden City. 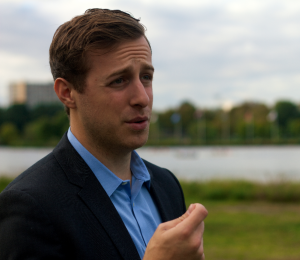 “They tend to be the among the most loyal to the political party,” Harrison said of Norcross’ potential advantage among black and Latino urban voters inclined to vote Democratic incumbents back in. “Suburban voters also tend to vote the party line, but this year in particular I think  good streak of independence, you might have those suburban voters that are siding with Bernie Sanders or more interested in toppling the regime. So I think that the city is a safer bet.

“They don’t want any doubts about Donald’s political future,” she continued, saying hat Norcross will be well-positioned to take indicted Senator Bob Menendez’s seat. “They don’t want to emerge the way that, say, Cory Booker emerged from his race with Lonegan.”

“He’s going to have some work to do directly inside Camden,” said Seton Hall public policy professor Matthew Hale. “There is traditionally a coalition between white liberal elites and inner-city African Americans.

Norcross is also the political ally of Camden Mayor Dana Redd and the Democratically controlled city council, a significant mark in his favor when campaigning ramps up in April and May.

Stephen Danley, a Rutgers Camden public policy professor, had his doubts. He said Law’s campaign may not have time to foster the kind of loyalty from minority voters that a Clinton or a Norcross can fall back on.

“Courting voters from these communities is often a decades-long process in that voters are skeptical and it’s hard to reach them. And I think both campaigns have done a nice job in reaching out, but there may not be enough time to organize a strong campaign.”

Reached for comment, Law acknowledged the historically sluggish turnout for primaries in the city, but took the opportunity attribute that disinterest to Norcross. This year’s New Jersey primary is likely to see the same underwhelming Democratic numbers that have marked the presidential primary contests.

“If you look at how many people voted for Obama in Camden, of current Camden residents, it was 10,449 voters. Now if you go to how many people, current Camden residents, voted in the last primary? It was only 1,944. So we believe that shows how excited and passionate Camden voters can be, but how apathetic and distrustful of their choices when given Donald Norcross as the main option for them.”

Law will be announcing the addition of two new freeholder candidates to his slate in the next week. If one or more of those freeholders are Camden residents, that could be a step toward challenging Norcross’ advantage in fundraising and name recognition in a low-turnout race. 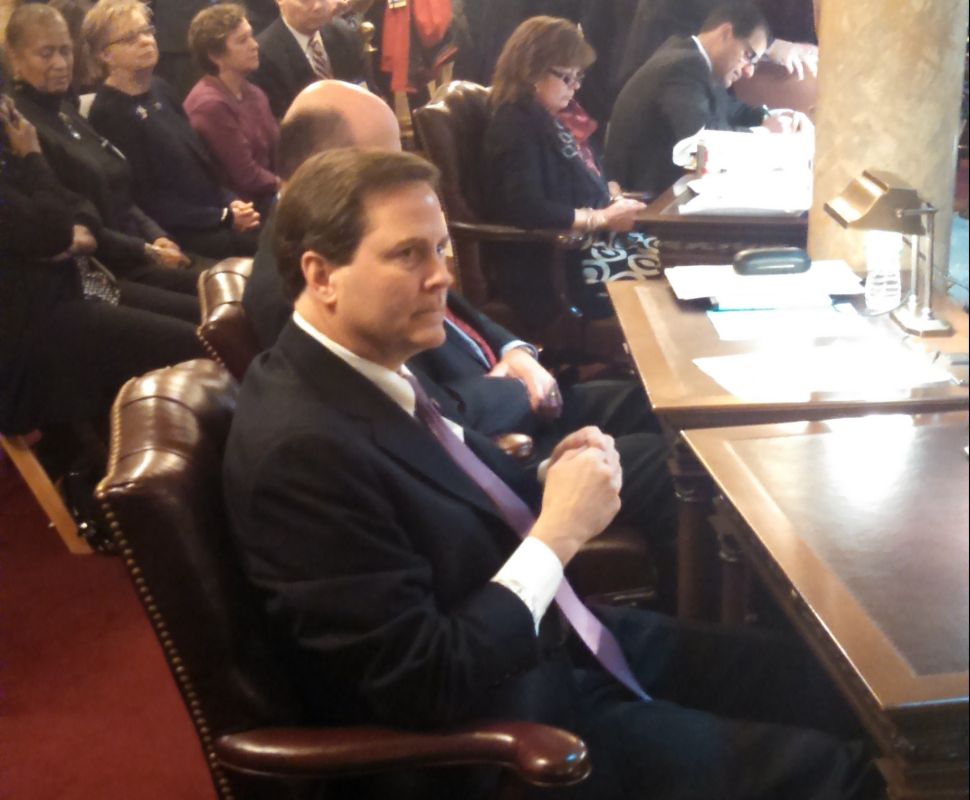