After Philomena and The Queen, two biographies in a row that could only be labeled masterpieces, it’s a surprise and a letdown to find the accomplished British director Stephen Frears in such poor form with The Program, a jaundiced, one-sided, one-dimensional (and deadly dull) indictment of the fall and rise and fall-again-forever saga of disgraced seven-time Tour de France cyclist Lance Armstrong. Based on the biased, dogged and mean-spirited stalking of the one-time high-speed racing champion by Irish journalist David Walsh, who devoted 13 years to exposing Armstrong’s secretive use of the performance-enhancing steroid erythroitin (a.k.a. EPO), the screenplay by John Hodge (Trainspotting) is one long, relentless dossier on a hero and role model for millions of cancer survivors and kids that traces his downfall without much insight. Armstrong is played by Ben Foster with an astonishing lack of animation or personality, and his literary prosecutor is played by the usually colorful, award-winning Chris O’Dowd with a dreariness that is stripped bare of his usual dynamism.

Without any character background or personal history, the film jumps right in with Armstrong’s first losing Tour de France in 1993. He’s 21, the youngest rider in the race, and from the start there are other contestants with more red cells in their blood and more oxygen in their lungs. He’s also got the wrong ratio of muscle to bone. He can be a good cyclist but not a great one. The Program becomes a movie about his obsession to change all that—beating testicular cancer in 1996 with surgery, transfusions and antibiotics to become a winner—with the illegal drugs he needed to help him do it. Dr. Michele Ferrari (Guillaume Canet) becomes the shady guru who guides him into remission and then injected him with drugs that turned him into a cycling machine with the help of his team manager, agent and even the authorities, who turned the other way when Armstrong started endorsing everything from bicycle tires to vile-tasting health drinks, bringing in millions. After he licked cancer, he was determined to never come that close to losing again. His comeback was miraculous. He became a man transformed from 39th place to an undisputed position as the greatest racer in the world. The cheers were so loud that everyone ignored the obvious questions: Was this surge of power normal? Or was it enhanced by a sophisticated program involving a well-concealed cocktail of pharmaceuticals? Armstrong became a ruthless hero—to cancer victims through his cancer foundation charity, to the world of sports and to a growing multitude of fans—arrogantly declaring, “I won’t die and I will not be brought down!”

After he raised $50 million for cancer research, nobody wanted to. But by 2002, after he turned all of his teammates on to EPO and reporter David Walsh dedicated his own career to exposing Lance as a fraud, his house of cards began to fall. Ten years later, after unprecedented global victories, even his friends came out of the woodwork to rat on him. According to the indictment set forth in The Program, his own rampant ego and his love affair with fame and celebrity, combined with careless tactical errors and stupidity, wrecked his career and public trust disintegrated. The film is at its best showing intimate moments of reckless behavior, such as the scene with the entire cycling team on the tour bus hooked up to blood bags to recycle blood extracted before they’re tested, as well as concealing hypodermic needles in their cycling shoes before a race. Other assumptions, such as Armstrong’s nefarious use of his cancer charity to deflect suspicion as anything other than noble, are less convincing. And no attempt is made to mirror his personal life. His marriage to Kristin Richard is an after-thought, his friendships with Presidents Bill Clinton and George Bush are mere mentions in passing, his romance with Sheryl Crow never explored at all. The final 30 minutes are a jumble of accusations, buttressed by his alleged attempts to betray and discredit everyone who ever helped him along the way. I had a hard time buying so much concentrated bile, and for me, the film loses an objectivity that might have otherwise scored points for the destructive nature of competition that can wreck a decent man’s corrupted psyche.

The cycling sequences are exciting and well shot, but the rest of The Program is something of a fake. Who is Lance Armstrong and what hidden demons drove him to aim so high and sink so low? Maybe he was a liar and a cheat, but he also had an undeniable charisma that is well worth exploring and rarely in evidence anywhere else in The Program. 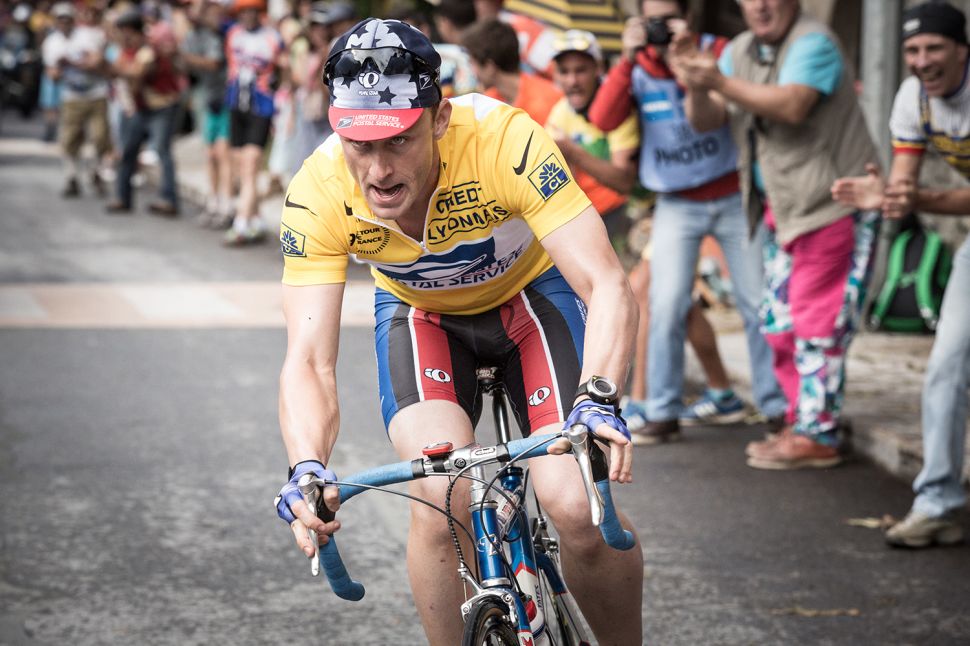