On the whiteboard outside the American Studies office of Purdue University appeared a swastika accompanied by an anti-Semitic slur.

The incident reportedly took place sometime between March 4 and March 7 on the West Lafayette campus.

David Reingold, Dean of the College of Liberal Arts, sent an email to faculty and staff on Tuesday stating, “This type of hateful expression is repulsive and outside of the bounds of civil discourse. It has no place in the College of Liberal Arts and Purdue University. He added, “I know firsthand the human cost of virulent hate. Many in my family died during the horrors of World War II.”

Questions are now being raised about whether this act of anti-Semitism was possibly spawned by the American Studies Program faculty.

According to a statement on Facebook by the Indianapolis Jewish Community Relations Council, “the Purdue event occurred in the American Studies Department, a department with faculty closely aligned with the BDS movement.”

The anti-Israel Boycott, Divestment and Sanctions movement, coupled with a history of anti-Israel speakers and events on college campuses, is suspected of fueling anti-Semitism on campuses in Indiana and across the country.

“If you look at what has happened on central Indiana campuses over the last three years, there have been over 50 different events and programs that not only support BDS, but also delegitimize Israel and call for its destruction. When students are exposed over and over again to one perspective, it makes a complex and challenging situation seem very black and white, with a good guy and a bad guy, the oppressor and the oppressed. This combination of factors creates a climate conducive to anti-Semitic acts.”

“When you’re presented with only one side over and over again, you’re taught that the solution to the Israeli-Palestinian conflict is for the state of Israel to cease to exist and maybe should never have existed. Instead of discourse on the issues or political leaders, the conversations are about whether the state of Israel should exist, and if not, then all oppression would end.”

The JCRC Director also explained that rhetoric used to blame the “Zionists” to imply “Jews” explains why it’s not a far stretch or surprising that these incidents of anti-Semitism are taking place.

Ms. Mintz expressed concern about the anti-Israel activity of Purdue professor Bill Mullen and his traveling to numerous college campuses in support of BDS and accusing Israel of genocide.

Ms. Mintz also voiced what has been a growing concern for Jewish students on campuses across the country—intimidation and fear tactics used against them because they are Jewish.

Giving credence to the argument that anti-Israel activity leads to anti-Semitism, just a few days after it was reported that the Student Senate at the University of Indianapolis rejected a contentious BDS resolution against the Jewish state, a swastika was discovered scratched into a statue in the student center on campus.

“BDS creates divisiveness on campuses, and the University of Indianapolis is not immune. These kinds of blatant anti-Semitic actions including swastikas are disturbing and unfortunately occur all too frequently at universities with significant anti-Israel activity.”

University President Robert Manuel sent an email to all students on Tuesday to condemn that anti-Semitic incident and remind students that their school is not “immune to intolerance and hate.”

Professor Mullen did not respond to the Haym Salomon Center’s request for comment. 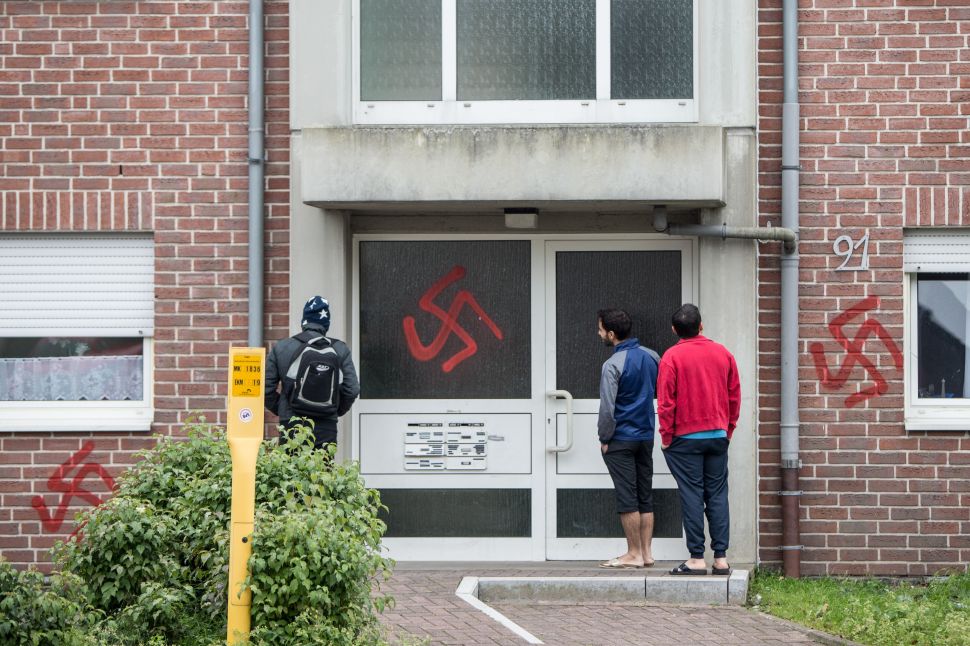