Ruiz and Rice after Monday’s announcement at the State House

TRENTON — Following this month’s revelations of elevated lead levels in Newark public schools’ water, Governor Chris Christie’s budget is coming under fire as Senate Democrats move to offer schools $3 million in reimbursement for performing bi-annual tests for lead. The results of those tests would need to be made public and an additional $20 million would be appropriated from the Clean Energy Fund for water filters at schools affected by lead pipes.

Senators Teresa Ruiz (D-29) and Ronald Rice (D-28) are supporting the bills, which would require schools to take immediate action in installing filters and notifying parents. Rice, a longtime lead cleanup advocate, pointed to inaction from Governor Christie and his Democratic predecessors on fully funding efforts to replace lead piping.

“Before Flint, MI, we had a bill in for $10 million The only reason we put the $10 million in is because only about two years ago I found out that we weren’t cleaning up things,” he said of the bill’s timing.

The plan, Senate President Steve Sweeney (D-3) said, is meant to address the problem as quickly as possible while the legislature devises a plan for replacing all lead piping in the state. The lead contamination in Newark was the result of lead pipes, not the city’s water source. Replacing the stretches of New Jersey’s water system that include lead piping would be a massive undertaking and require funding into the billions.

“We can’t ensure the governor won’t take it out,” Sweeney said of the mandatory testing proposal. “The water is fine. It’s the pipes that are bringing it into the schools. We have schools in Newark that were built back when Lincoln was president.

With the water crisis in Flint, MI bringing attention to the issue of lead in public water supplies, children in Irvington, East Orange, Trenton, Newark, Paterson, Plainfield, Jersey City, Elizabeth, Atlantic City, East Brunswick and Passaic, and in Salem and Cumberland counties were also found to have elevated levels of lead in their blood.

“For us, we didn’t know that there wasn’t a standard for testing the water. When it came out that our kids are drinking water with lead in it, unfortunately yeah, now it’s catch-up,” Sweeney said when he was asked whether the legislation was a reaction to the situation in Michigan. “Now we’ve got to catch up and shut it down.”

“Even with the local issue in Newark and New Jersey, I don’t think any one of us was aware of the high levels of lead that have been found year after year,” said Ruiz. “Some reports are saying since 2003, some reports are saying since 2012. So I don’t know if there was any remediary action taken during that time-frame, if anything was reported, or if those lead levels were made public to any one of us.”

Jeff Tittel, director of the New Jersey Sierra Club, praised the bill as a first step but said lawmakers need to come up with a long-term funding solution.

“The costs associated with upgrading New Jersey’s water systems are huge, especially since our infrastructure is outdated and in some places ancient,” Tittel wrote. “We need a minimum of $8 billion to upgrade our pipes and another $8 billion for wastewater treatment plants. Besides the pipes being old and not maintained, we have seen filters go expired for years in Newark. We need to upgrade and monitor our infrastructure better to prevent lead from getting into the drinking water. This is an $8 billion problem and we need a long-term funding mechanism.” 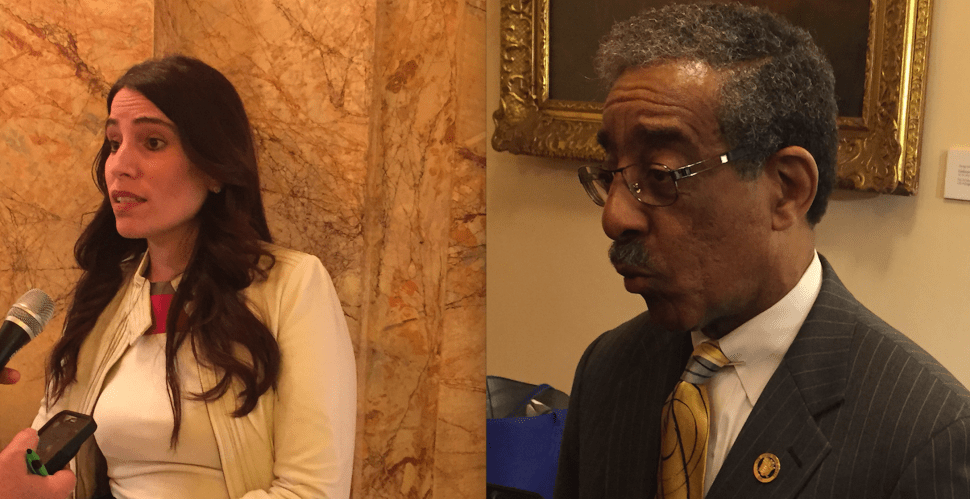