Imagine a customer walks into a Lexus dealership and goes for a test drive, and the moment he or she does so, a third party logs that visit and notes that the consumer has seen three different Lexus ads on television in the last two weeks, as well as visiting the Lexus website. Then another person walks into a Volkswagen dealership, and that same database sees that the second consumer hasn’t seen any Volkswagen promotions on TV or online. Marketers are hungry for data about the ways brands work differently in consumers’ brains.

But knowing that a consumer took some sort of action (such as visiting a store or searching for a website) after viewing a commercial has been close to impossible. In January, we reported on Symphony Advanced Media, a company that found a workaround in cell phones’ microphones to determine how much time TV viewers were spending watching shows on services like Amazon or Netflix. Up next, the company intends to tell marketers whether or not TV ads cause people to do stuff.

“Where we are going deep right now is in this whole area of TV and video because there is this massive demand for understanding how this viewership is changing,” Charles Buchwalter, CEO of the company, told the Observer in a phone call.

It does that with VideoPulse, which uses mobile devices to create ratings for TV, including on demand television that bypasses services like Nielsen. “We’re doing a pilot right now to do exactly what we do with VideoPulse, but doing it with how people respond to advertising,” he told us.

“The reason it’s taking more time to do a similar thing in the advertising space is because there’s no national repository of advertising,” Mr. Buchwalter explained. An unnamed partner is collecting all the TV ads that are getting sold and creating a database of their sound signatures. Once that work is done, when a member of the Symphony network watches a TV show with a certain ad, Symphony will be able to log that on the user’s media record.

‘Since our exposure in January, it’s been so fascinating to see the other sectors reaching out to us’

Symphony gets data from users that opt in. Like Nielsen, which gathers info from its members’ TVs, Symphony puts software on mobile phones. Once a person has gone through the onboarding process, which we described in our prior coverage, he or she gets a small monthly payment from the company in exchange for activating an app that tracks everything from searches, mobile web use and apps to taking periodic sound samples with the microphone to determine if the user is watching some kind of video.

The company has about 15,000 users now, and hopes to get to 20,000 this quarter, though the company’s biggest concern is making sure the network represents the nation. He said it rejects potential members from demographics in which it is oversubscribed.

Mr. Buchwalter is up front that consumers in the Symphony network are giving the company access to a huge amount of their lives by enabling the app, but the only questions it is trying to answer relate back to TV: How much are people watching, what is it and, soon, are the ads working?

“All of the other services, you kind of have to be at home, in front of your TV watching,” Mr, Buchwalter explained, but Symphony can see more than that. “It could also be in a physical realm,” he said. For example, its access to the microphone lets it know you saw three Gap ads, and its access to the GPS lets it know you then visited a Gap store.

The motivation behind Symphony was to open this locked box of data about how much video on demand was eating into viewership of broadcast television. “Since our exposure in January, it’s been so fascinating to see the other sectors reaching out to us,” Mr. Buchwalter said. Once industries heard what could be done with the company’s network of mobile users, they started to come to it with new questions.

The advertising product will probably begin with some pilot companies who will use it and give Symphony feedback. He expects the service to open to marketers across the board by the third quarter of this year. Tracking TV was easier because a database of sound signatures from TV shows already existed.

“Today the big question is: how do I know where people are spending their time? That’s one of the main voids that we’re filling,” he said.

Every consumer facing industry wants to know how people take action across media and what power that has over them in real life. That said, some consumers facing industry might rather a bit more were left a mystery. 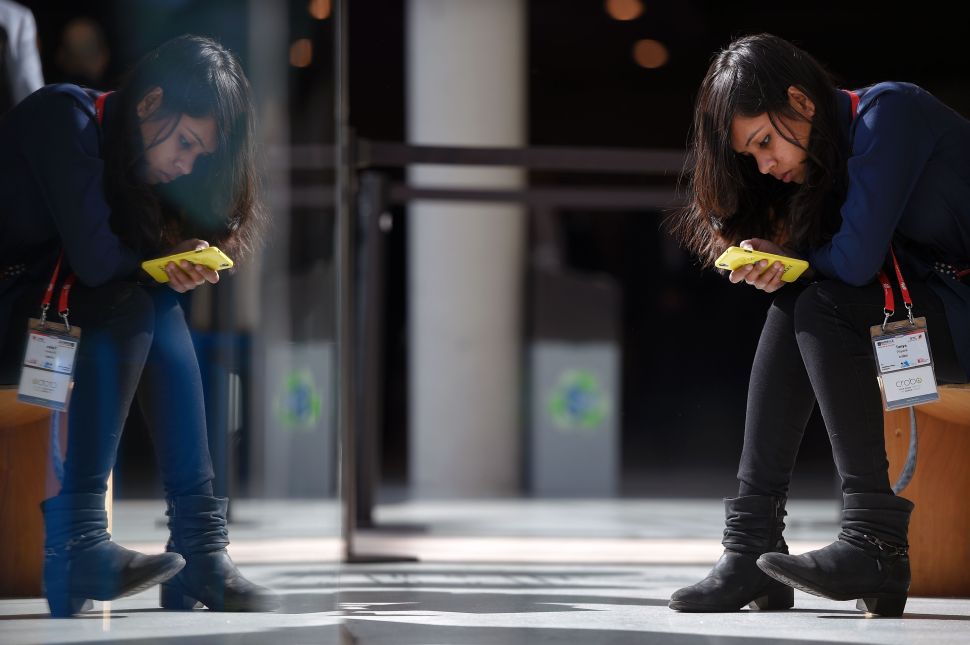