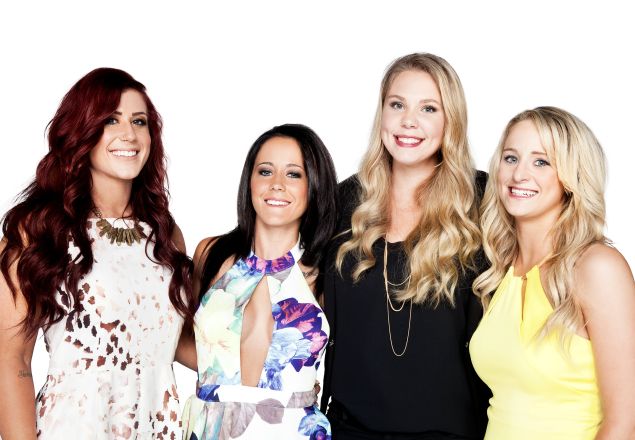 Remember back when Teen Mom first hit the air? When it was all about teenagers and their struggles with their parents, being parents, their babies and their baby daddies? Oh how simple those days seemed – especially now that the Teen Mom franchise has been on the air for several years. Things have gotten, well, beyond complicated.

As Teen Mom 2 begins its seventh season, the four girls featured now have a combined eight kids – and that doesn’t include their children’s stepsiblings.

This branch of the series features four young women — Kailyn, Leah, Janelle and Chelsea — all of whom became unexpectedly pregnant as teenagers and are now raising their children, most of whom will reach the milestone of starting kindergarten this year.

Kailyn Lowry has a son Isaac with her ex, Jo. The two tried to make their relationship work, with Kailyn even living with Jo and his family for a time. But, the couple split up and each is now with a different partner. Kailyn married Javi and they have a son together named Lincoln. Jo and his girlfriend Vee are expecting a daughter.

After having twin girls, Leah Messer and her then-boyfriend, Corey, got married. That union was short-lived and Leah quickly married Jeremy and had another daughter with him, but that pairing resulted in another divorce for Leah. Corey has since gotten remarried to a young woman named Miranda, and they’re now expecting a child.

Janelle Evans gave birth her son Jace, whose father is not in the picture, and quickly turned custody of her son over to her mother, Barbara. Janelle then had a series of boyfriends, including Nathan, with whom she had another son, Kaiser. After getting engaged on the show last season, Janelle and Nathan have since split up. Janelle continues to try to regain custody of Jace, which is not what Barbara wants.

Aubree is Chelsea Houska’s daughter with her ex, Adam. Adam also has another daughter, Paisley, with another ex-girlfriend. Chelsea is currently in a relationship with Cole, with the two living together in Chelsea’s house. Last season, Chelsea and Cole added another family member when they adopted a pig.

While it might be a bit difficult to keep track of all of the parents, siblings, stepsiblings, etc., once you get past that, the longevity of series provides a unique look at teen parents and their offspring, says series Executive Producer Morgan J. Freeman. “We’ve been following these families for several years now and we’ve charted the first five years of these children’s lives in a way that I don’t think has been done before. What we’re really seeing is how the decisions that these parents are making are manifesting in their kids. That’s just really fascinating to watch.”

The new season of the show continues to highlight those parental struggles as these mothers all labor to be good parents themselves while successfully co-parenting with their exes.

It’s these relationships that make the series so absorbing. But, as has been the case with seasons past, many of the events that transpire here evoke a sense of frustration for everyone, including viewers.

Some snippets of what’s to come this season on Teen Mom 2 include what have become familiar themes – Kailyn fighting with husband Javi, Leah suffering from anxiety and depression, Chelsea trying to get Adam to be more responsible, and Janelle facing criminal charges.  And, all of the women are involved in custody issues with their exes as well.

Specifically, Kailyn and Javi continually disagree about how much time Isaac and Lincoln should spend with Isaac’s father Jo and his family. It’s interesting that Kailyn and Jo seem to have reached some common ground and it’s Javi that’s causing the most strife within this group. Kailyn and Javi also discuss having more kids and how they’re going to deal with Javi, who’s in the military, being deployed.

Chelsea continues to constantly worry about letting Aubree spend time alone with Adam, still feeling that he’s not a good influence on their daughter. But some of Chelsea’s angst becomes a bit more justified when Adam’s past involvement with Aubree is reviewed, particularly the amount of support, both physically and financially, that he’s provided since her birth.

The mom who talks the most about her custody situation is Leah, mainly because her first ex-husband Corey is seeking full custody of their daughters. It may feel hard to determine who to side with here, but Leah does seem to have extensive problems when it comes to her parenting ability and Corey appears to be a good and extremely willing father.

Janelle’s legal woes just keep compounding. At one point she says point blank, “There are three things I don’t want to talk about,” and all of them involve her legal battles – with her mom over Jace, with Nathan over Kaiser, and with the impending assault and battery charges she’s facing after an incident involving Nathan’s new girlfriend.

Both Chelsea’s father Rusty and Janelle’s mother Barbara continue to play major roles in their daughters, and grandchildren’s, lives. Perhaps no parent on this series is quite as polarizing as Barbara.

“Oh gosh. I vacillate about her,” explains Freeman. “Sometimes I think she’s crazy but then other times I think, ‘thank God for Barbara,’ for the way she takes care of Jace and tries to keep Janelle in line.”

It’s this type of parental involvement that Freeman thinks has actually led to the success of the franchise. “I think we’ve sort of figured out that young people don’t want to hear things about their personal lives from their parents and that seems to be one of the reasons that the whole show caught on; because the Teen Mom series is more of a peer to peer conversation about something that no teen wants to talk discuss with a parent – sex and sex education. When they see these stories unfold I think teens and young adults started listening because they’re not being talked down to, they’re being let into a reality about what happens when you don’t have responsible relationships. We’ve clearly stepped into something that speaks to young people in a very unique way.”

Freeman admits that these women might be aging out of the MTV system just a bit, saying, “Well, yes, they’ve sort of grown out of the target demo, but, as long as their relationships with their kids continues to shine a light on parenting and people tune in to watch, then I think it’s good to keep tracking what’s happening in their lives.”

While the docu-drama series airs on the young-skewing cable channel, Freeman believes that it could air elsewhere and still have the same impact. “We do have slick graphics and music to stay with the brand of MTV, but if you take away those things, this could be on PBS or any other educational channel. In my mind, the content and the messages in this are that powerful. It’s not about the look of the series, it’s about the stories that we’re telling.”

The most difficult part of the series is also the most beneficial for all involved, says Freeman, explaining, “Everyone on this series has to make a lot of decisions and we all know it’s hard to watch someone making a bad decision, but we watch these mothers and fathers learn from that and then we learn something as well. That part is a little bittersweet, but in the end it’s all worth it if we’re making an impact and I really think we are.” 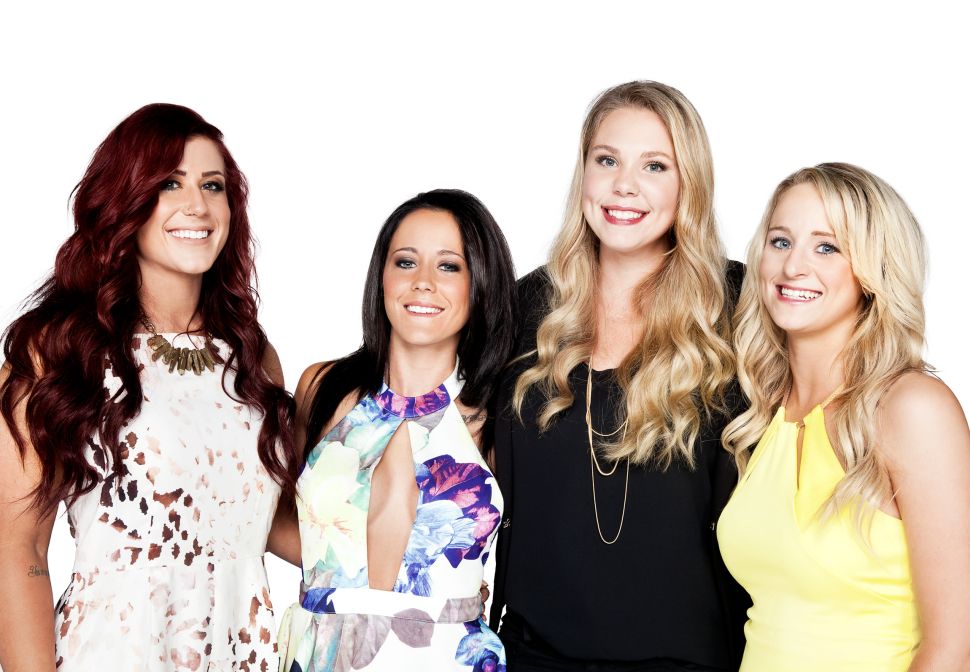