I’m a reactive audience member when it comes to good TV. I hoot and holler, I gasp and curse, I laugh and cheer, and at the best of times I cry. Even so, it’s not often I get to the end of an episode and literally applaud. But that’s what I did when the closing credits rolled on this week’s installment of The Americans. Normally that’s a reaction reserved for crowded theaters where you’ve just watched a good movie on opening night, or seen the curtain come down on a play whose performers can, you know, actually hear you clap. This time it was just me, sitting in my living room, watching a TV show, spontaneously responding to a job well done.

The funny thing is that nothing particularly spectacular or shocking took place to elicit the applause; if anything, the episode, titled “Pastor Tim,” was an exercise in understatement. This applies to the title itself: A reference to the show’s answer to Ned Flanders, it leads you to believe the well-intentioned Christian to whom Paige has unburdened her parents’ big secret will meet his maker. Instead, he’s barely even present in the ep. You hear his voice on the tape recording where Elizabeth discovers her daughter’s indiscretion, and you see him for a second in a nightmare she has about Paige discovering his corpse, only for it to transform into her own rapist. Elizabeth’s discovery isn’t leaned on as a dramatic beat—it just kind of happens. So does Paige’s confession to her mom that she spilled the beans, which in turn short-circuits the Jennings’ plan to kill him and make it look like an accident, since now there’s no way the girl wouldn’t put two and two together. The entire storyline sees the show repeatedly pull away from big moments, opting for a rewarding restraint instead.

The same is true of the episode’s secondary plot, centering on Nina and her enslaved scientist friend Anton. When she insisted to her handlers that she be allowed to meet with her estranged husband, Boris, the surprise revelation implied some big secret behind the relationship. Nope—they were just two basically happy and decent people who grew apart, and haven’t even bothered to formalize the divorce. Their meeting is pleasant, their care for one another genuine, Nina’s happiness about his happiness (he and his girlfriend have two children together) sincere and radiant. Yes, she embroils him in intrigue involving Anton, but it’s not spy games we’re talking about here: She simply sneaks him a note to send to the scientist’s son, just to let him know his dad’s still alive. Boris takes on the risk with no hesitation; when they get caught, Nina is calm and unashamed, expressing no regrets: “I’m not who I was,” she offers by way of explanation of why she’d sacrifice her freedom for someone else’s peace of mind. The whole thing plays out in one-on-one conversations in drab, quiet rooms, and it’s all the more effective for it.

And on and on it goes. Stan finally tells his counterpart Oleg that their plan to spring Nina by ratting out that double-agent defector last season didn’t work because the government wanted to exchange another prisoner instead? No fireworks from the Russian, just a rueful “I wonder whose life I saved.” Philip admits he’s been secretly going to EST? No blow-up: Elizabeth offers to go with him, and inquires sincerely about how helpful he’s found it. Elizabeth finds out from her handler Gabriel that her mother has died? No breakdown, just a beautifully composed close-up on the two of them—he in profile, she staring straight ahead—and, later, a comforting embrace from her husband during a matter-of-fact exchange about their life: “We’re in trouble.” “I know.” Oleg finding out his brother died in Afghanistan, Agent Gaad encouraging Stan to work with this information despite his dislike of the guy for deceiving him about the Nina situation, Stan and Henry Jennings bonding over hot teachers and cologne—the entire episode is a series of smart, subtle exchanges of this sort.

Only a typically harsh murder scene in which Philip has to kill an airport security guard who notices a Russian pilot acting squirrelly breaks the mold. But while the scene’s soundtrack of Soft Cell’s “Tainted Love” lays on the ‘80s irony a bit too thick, the murder itself maintains the show’s tradition of making violence as intimate and ugly as possible: After the act is over, Philip stuffs the body behind the seat on the bus he’s riding, and its eyes stare blankly at him and the pilot in silent reproach. It’s all for nothing, too—the pilot leaves without taking the biological weapon Philip was trying to hand off with him, and William, the sardonic spy who procured it, comes right out and asks Philip not to work hard on his behalf in the future. The brutality and the morality are perfectly calibrated throughout. For a show about people spiraling out of control, The Americans is more in control than ever. 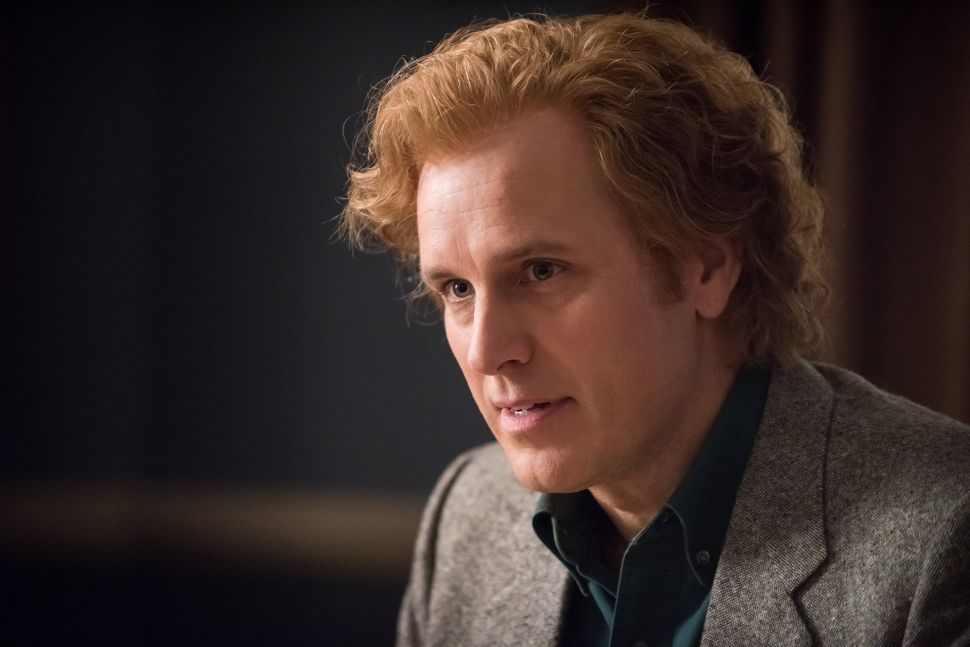