My favorite moment of this week’s The Americans was silent. Told that she’s been found guilty, that the only question is whether she’ll survive her punishment, triple-crossed triple-agent Nina is handed a letter written on her behalf by Anton Baklanov, the kidnapped scientist she was instructed to monitor but befriended instead, risking her life and that of her estranged but supportive husband to help him make contact with his son. We don’t know what it says, don’t even see the writing on it, let alone have it translated by subtitles or read aloud by Nina. But whatever it is, in that grey room, in her grey prison clothes, it makes her smile. Moments of happiness are so few and far between in the ironically optimistically titled “Experimental Prototype City of Tomorrow,” last night’s episode—the next closest things were Paige Jennings watching her oblivious brother Henry play video games, Stan Beeman figuring out that Martha Hanson is the mole in his office, and Agent Aderholt agreeing to help him figure it out; none of these characters have much happiness in store if things proceed in their current direction—that this has the impact of an explosion.

Or the release of a biological weapon. The chances are good that Gabriel, the Jennings’ liaison to the Centre, was deliberately infected over his insistence that Philip is right, the couple’s ability to serve as spies is at an end, and it’s time to bring them (and their would-be recruit daughter) home. Certainly Claudia, the agent who returns in tonight’s episode, is hardcore enough to sign off on this, despite their past relationship. Moreover, it keeps the Jennings trapped in his house, quarantined, while the Centre murders Paige’s confidant Pastor Tim, and his confidant, his wife Alice. Lots of birds, one stone.

This gives bioweapons expert William his moment in the sun. It’s kind of incredible how well Dylan Baker fits into the world of The Americans, despite being so very Dylan Baker at all time. His William is a human embodiment of the corrosive effects of spy work on mind, body, and spirit alike. Watch his halfassed but desperate sprint away from Elizabeth and Philip when he realizes they’re likely infected with Glanders. Listen to the way he hisses at Philip when the stronger spy holds him down and spits in his face to ensure his help in finding a cure: “AaaaaayyyYYYSSShole!!!” Soak in his indecorous advice for what the Jennings should have done when they discovered their handler had been infected: “You should have wrapped Gabriel in plastic and burned his body.” Get a load of the litany of allergies and ailments he now suffers thanks to his work: “Dust. Butter. Sausage. Candy. I have no sense of smell. My skin has no natural lubricants.” A sick man doing a sick job. Kinda makes ya think, doesn’t it, Elizabeth and Philip?

Indeed, the episode is peppered with warnings about what’s to come, most of them more literal than William’s allegorical example. “For the last two days, I’ve had an alarm going off inside me: run, run, run,” Philip tells Elizabeth as their tickets to EPCOT arrive and their acquiescence to the murder of Pastor Tim and his wife becomes a fait accompli. Gabriel echoes this alarm-in-triplicate when the Jennings discover him on the floor of his safehouse, bleeding from the mouth: “Get out, get out, get out.” The tension produced by this kind of frantic, “something is wrong” pleading is tough to shake.

But what’s sauce for the goose is sauce for the gander. Philip in particular spends the early episode warning Paige of all the dire consequences of pissing off Pastor Tim, now that both he and his wife know their secret. “Keep up the relationship. Go to him. Don’t make him angry.” Weirdly, this was harder for me to stomach than both the keeping of their secret from Paige and its revelation to her had been, because now the parents are directly tasking their child with maintaining the happiness and safety of the family. That’s an abominable, abusive thing to do; if you or anyone you love has ever endured a parent with boundary issues or personality disorders, you know the kind of lasting damage it does. Glanders? Shit, Ma and Pa Jennings are getting off easy.

It’s especially galling because Paige has proven such an astute observer of the adult world. Referring to Pastor Tim’s wife Alice, who’s now been let into the secret, she says “When she gets around women, she always says ‘I really shouldn’t be saying this.’ And then you think, ‘Wow, she’s right, she really shouldn’t be saying this.’” She’s sharp enough to observe this from the sidelines, when her own life is not directly at stake. Earlier she was able to determine her parents were hiding something from her, and it was so disconcerting it was slowly driving her crazy. How much worse a burden will her emotional intelligence be now that she’s involved so directly in maintaining the secret? And how crazy do the adults involved have to be that she won’t figure out who’s responsible for Tim and Alice’s deaths immediately?

It comes down to what Gabriel tells the Jennings: “People believe what they need to believe.” That’s true, as far as it goes. We’ve certainly seen Philip and Elizabeth psych themselves into swallowing whatever line makes it possible for them to do their work over and over, right up to and including their increasingly half-hearted protestation that they’re making the world a better place. They count on Paige going along with this: “Do people get hurt because of what you’re involved with?” she asks. “No, of course not. Honey, you know us better than that,” they reply, lying through their teeth. But Paige knows what she wants her parents to be, and they’re counting on that to sustain her. The problem will come when Paige believes that the truth, however painful, is worth knowing, instead of a comforting fiction. 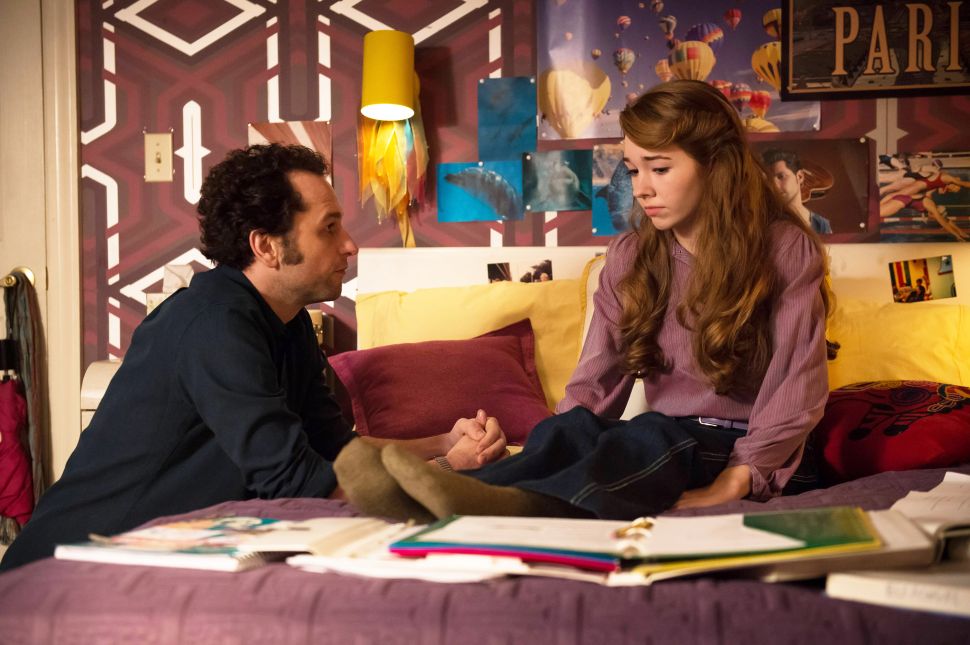