“Is everything alright?” “No.” Hashtag: #SummarizeTheAmericansInFourWords. This exchange between Martha Hanson, the hapless administrative assistant who suffered the singular misfortune of working in the wrong FBI office at the wrong time, and Philip Jennings, the spy who seduced her, used her, and has now killed in her name, says pretty much all you need to know about The Americans, television’s most profoundly unhappy show. I mean “profoundly unhappy” in every sense of the phrase, by the way. Most everyone in the series is miserable, and the series’ misery runs deep, cuts deeper, and reveals the ugly buried truth about living a lie, whether personal or political.

It wasn’t always that way. Despite the effusive praise it received, Season One was a perfectly adequate spy thriller with a too-soft spot for its odious protagonists, set apart more by the fact of its female co-lead (as well as its explicit-for-basic-cable sex scenes and its canny use of Fleetwood Mac’s “Tusk”) than by any qualitative distinction. Season Two improved considerably, tightening up the plot’s occasional plausibility gaps and toning down the knowingly dusty Cold War rhetoric in favor of letting the actions of both sides speak for their immoral selves, but it still treated the melancholy of deep-cover operatives Elizabeth and Philip Jennings as the primary fallout of their violent lives, rather than the lives they ended. After promising glimpses of moral clarity at the end of its sophomore outing, last year’s Season Three is where it all clicked into place. (It has this in common with The Sopranos, Boardwalk Empire, and Breaking Bad, which is fine company to be in.) The show was absolutely merciless in showing the suffering of the Jennings’ victims—a compromised asset whose nude body is broken down and carted away in a suitcase, an enemy agent screaming as he burns alive on camera, an old woman condemning her murderer with her dying words, a lonely teenager falling for a man who could literally be her father as that man exploits the genuine article’s absence, a childlike computer whiz ensconced in an apartment full of toys who gets killed like he himself is an action figure, their own daughter Paige as she’s first driven to despair by her parents’ obvious lies and then pushed into sharing a truth of which she wants no part. By displaying what they were doing to other people in such stark relief, The Americans made what they were doing to themselves a much more compelling question.

But no character embodied the human cost of the Jennings’ secret lives better than Martha. When at last Philip revealed himself to her, removing his wig and glasses to show that he is literally not the man she thought he was—she still calls him by his alias, Clark; to quote the Greek from The Wire, “My name is not my name”—she gazes on in devastation, tears streaming silently, eyes staring in abject horror. I think that scene, in particular actor Alison Wright’s lacerating performance in it, will be the defining image of the series, a portrait of how it feels to discover the monster beneath the man, the shadow beneath the surface.

And by opening with more of Martha’s agony, “Glanders,” The Americans’ Season Three premiere, makes clear it will take this road as far as it can go. The sequence of events that lead us there is factory precise in its metaphorical value: Haunted by memories of the time he brutally killed a bully as a child, he leaves his bed with Elizabeth and goes to see Martha, unburdening himself about killing her computer-geek colleague to cover their tracks. “Oh no,” she whimpers, the reaction of someone confronted with something so awful that words sound banal. “How could you do that? No, no. Stay away, stay away!” She backs away from him, repeating herself, waving off his attempts to comfort her,  She is a worse and smaller person now than she was before he told her what he did to protect her. Perhaps she can rebuild herself into something else, as she seems to do when she takes an active hand in continuing to spy for “Clark” after things settle down, but it’s not what she was, nor what she should be. What he broke, she can never fix.

She’s not alone. Paige Jennings is falling apart, revealing her parents’ secret to her confidant Pastor Tim but unable to do anything more, either for or against them. William, a new character played with bracing cynicism by Dylan Baker, tells them their overseers “have been waiting my whole goddamn life” for the bioweapon he delivers into their hands, a potentially lethal event he can only address with mordant sarcasm. But Anton Baklanov, the defector scientist Philip and Elizabeth helped abduct back to the USSR in one of Season Two’s most upsetting storylines, puts it best. Talking to Nina, the triple agent who now monitors him as penance for her crimes against the state, he reminisces about a time when “they hadn’t destroyed me yet.” “You’re not destroyed!” she insists, but he knows better. “After they finish with me,” he tells her, “I picture myself as dust, just ground up into the dirt. No one ever knowing.” He’ll be a forgotten man, an unperson, less real even than “Clark.” Such is the destructive power of the lies at the heart of this show: They can wipe away the true and good till it’s as though they were never there. 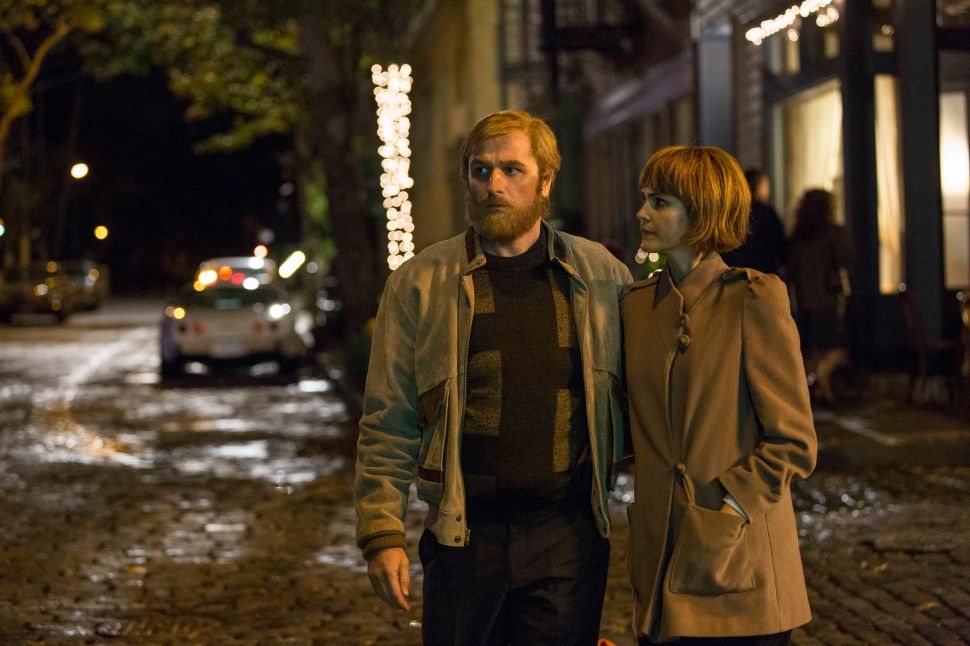