You know the feeling. Every hair stands up on the back of your neck. All sense of time and place evaporates. You’re transported. Hanging on every squeal of distortion, relishing every echo, every timeless melody, basking in the afterglow of a flawless performance. It’s physical, visceral, undeniable, unexplainable, other than: this is why you listen to music. In case winter’s snuffed out your hunger for discovery, we’re here to reassure you that spring boasts an embarrassment of riches from musicians both established and as yet undiscovered. There are gems waiting to be found; it just takes some digging. See you in the dirt.


Past its mid-2000s resurgence, and long past its ’90s heyday, garage rock has resisted innovation like few other subgenres, and yes, that’s kind of the point. Enter: Fort Worth, Texas’ Mind Spiders to throw a wrench into that. With a blue print that sounds more like a soundtrack for tuning up your star cruiser than your average Adverts song, Mind Spiders revel in synthy sci-fi eccentricities while churning out heartfelt punk for rock and roll purists, all with the staggering efficiency of an assembly line.

Over three increasingly catchy releases, Mind Spiders have revitalized punk with a vigor absent from most of their contemporaries’ work. Synthesizing the jaded weirdness of Devo and Jay Reatard, lead songwriter Mark Ryan never loosens his grip on our hearts by following his one true muse: genius, talon-sinking pop hooks. If the singles from its upcoming fourth album Prosthesis are any indication, Mind Spiders’ campaign of playlist domination continues. Sign us up.

In the never-ending flood of Next Big Things, Dallas, Texas-based avant-pop outfit Siamese glistens as a rare example of inspired discovery. The band’s first two singles (“Savage High” and “Neon Lights”) are enough to hook any fan of inventive indie rock. Mixing the distorted tenderness of St. Vincent with the wide-screen ambient pop of Beach House, Siamese’s slinky, groovy art rock is sophisticated far beyond the band’s short lifespan.

But it’s what Siamese has up its sleeve that really gets our blood racing. Unpredictable songwriting; waterfalls of catharsis; gorgeous, haunting melodies—Open Wide, the band’s proper debut, timed for an April/May release, doubles down on everything exciting Siamese already excels at, and heaves plenty of curveballs as well. Remember the name: in six months you’ll be bragging about how you heard Siamese before anyone else.

Confession: While I gladly spread the gospel of ambient electronic tweaker Tim Hecker to anyone with a pulse, Virgins, the Canadian solo musician’s last record from 2013, never fully clicked with me. There were gasps of the same magic that made me fall in love with the cinematic artic-cool soundscapes he perfected on his earlier albums, but the record never delivered on the trademark suspense Mr. Hecker is best known for.

Love Streams, Mr. Hecker’s follow-up, timed for an April 8 release on 4AD, promises yet another sharp turn for an artist that specializes in capturing the beauty of deconstruction. Influenced by “liturgical aesthetics after Yeezus” and the “transcendental voice in the age of auto-tune,” this will either be amazing, terrible, or terribly amazing, either way: Mr. Hecker’s thirst for risk-taking and boundary-pushing aural spectacle is always an occasion to listen.

The Brian Jonestown Massacre // Webster Hall on May 9

It’s one of the worst-kept secrets in music—an artist releases one album of such blinding brilliance we grant them a free pass for the rest of their careers, content to savor the same marrow, politely ignoring anything else. The Brian Jonestown Massacre did this seven times in six years, releasing three of their best albums (Take It from the Man!, Their Satanic Majesties’ Second Request, Thank God for Mental Illness) in 1996 alone. And then, well…that’s what I was getting at.

This would all still add up to more than enough reason to do anything you can to see them play Webster Hall on May 9—the lone occasion I saw them live stands among the best concerts I’ve ever witnessed—even if it weren’t for the fact that the band’s last couple records have showcased an impressively reenergized BJM. 2015’s French New Wave-inspired Musique De Film Imaginé was a resounding return to form, not just improving on classic tricks, but progressing the band’s sound even further outward, with ambient, krautrock and classic French pop tropes mixing to kaleidoscopic effect, sounding like the soundtrack to a lost psychedelic Godard film.

Remember all those other “retro-rock” bands? BJM outlasted all of them, and songwriter Anton Newcombe is still writing for the future. Buy a ticket, take the ride, thank me later.

Gary Numan performs his early albums (Replicas, The Pleasure Principle, and Telekon) // Gramercy Theatre May 10, May 11 and May 12

Let’s just get this out of the way—“Cars” is a brilliant song. Yes, it’s repetitive, infectious and could be used as a form of torture, but that’s pop; you could say that about any Taylor Swift record. The key difference? Gary Numan did the whole “I’m an alien in eyeliner from the future” thing long before Swift did.

One of the few survivors of late-’70s new wave to have not just trudged ahead, but indeed thrived, reinventing himself with Bowie-esque ease from album to album, Mr. Numan hits the high notes of a career built on them with a run of concerts celebrating his most-beloved albums at Gramercy Theatre starting May 10. Just don’t show up wearing Telekon-era makeup to the Replicas concert, unless you’re looking to start some sort of Jets vs. Sharks rumble.

Super-group reunion, epic cash grab, or both, who cares—it’s At the Drive-in. The band that signaled the renaissance of afros in punk has announced its own return to the stage, and, unbelievably, the release of new music. The venerable El Paso, Texas, post-hardcore band hits the road this spring for its first tour in 15 years, arriving at the punkest venue on West 56th Street and 11th Avenue, Terminal 5, on June 17. Scream your request for “Schaffino” so loud you spill your $10 PBR on the members of your least-favorite early-2000s emo bands, who will undoubtedly also be in attendance. 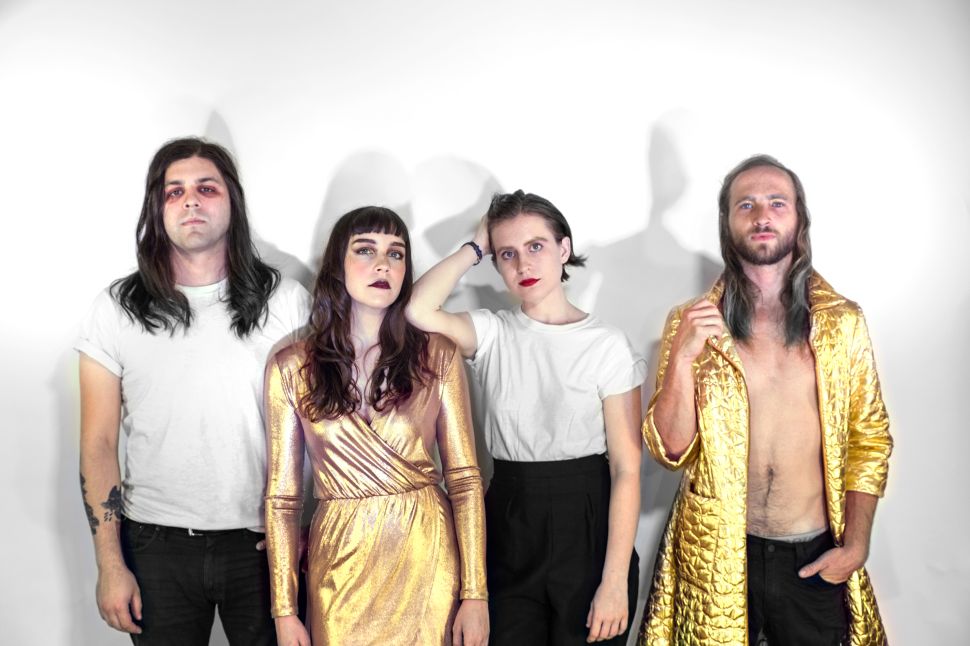