“There are days I still can’t believe that we’ve been on for nine years.”

This is Chuck Lorre talking about The Big Bang Theory, the hit show that he both created and continues to overseeThe Big Bang Theory. Lorre, along with co-creator Bill Prady and showrunner Steve Molaro, recently mused about the success of the offbeat series and just how they plan to keep it going.

Molaro says he thinks he knows why people are so drawn to the adventures of Leonard, Penny, Sheldon, Howard and Raj. “Really it’s because they’re underdogs. They’re people who really just want to fit in and I think no matter what your social status is, you can relate to that,” says Molaro.

The continued evolution of the characters adds truthfulness to the series as well, says Molaro. “If you’ve watched from the beginning, or even over the course of one season, you can see how these friendships have really grown. In the beginning, Penny was a stranger to Leonard and Sheldon and vice versa. The bonds you see now have taken years to build. They’ve created a happy, warm, slightly dysfunction family that cares about each other, even when they disagree or are fighting. I don’t know the definitive answer to why people keep watching this show, but I think the way they’ve each built a family out of friends is certainly a big factor.”

Lorre reveals that one key to keeping the series grounded is the thought-process behind crafting each storyline. “We stick to the basics – who are these characters? What are their lives like? What do they want? What are they afraid of? It all starts when you explore questions like these about each of these people.”

When the series started, Penny was the lone female interacting with the guys, but now Howard is married to Bernadette and Sheldon is seriously dating Amy. The introduction of the females is an element that caught even Lorre a bit by surprise.

“Adding these female characters came about organically in that people grow and get into relationships,” explains Lorre, “but I never have imagined how introducing Bernadette and Amy would open up every character in ways that I couldn’t have even dreamed of. The series as a whole has really evolved by the adding these two characters, and the amazing actors who play them as well, into the mix.”

“I rule nothing out on this show. If you’d asked me nine years ago if Sheldon would be in a committed relationship, I would have said, ‘never.’” – Chuck Lorre

This season has had some pretty amazing storylines and character development so far, Prady points out. “We’ve had Sheldon and Amy sleep together which was a really, really big deal. Bernadette and Howard found out that they’re having a baby. And, there’s more to come.”

Molaro confessed that the writers are cognizant of that fact that some people might be concerned about adding a baby to the show’s already established dynamic. “We’re aware that this kind of move can be perceived as a risky endeavor and it actually is, but that’s what inspires us to find new ways to show how everyone in this group will be affected by this turn of events. We see it as a way to grow.”

At the time of this discussion, Lorre admitted that the season final was still just in the preliminary planning stages, but he did confirm that Leonard’s father, played by Judd Hirsch, will be making an appearance soon.

Talking about how social media has grown since the debut of the series and its effect on the creative team, Prady offered this, “It’s an interesting time in that there’s this expectation of intimacy between fans and the people behind the scenes. I think we’re seeing a new generation that consumes entertainment in a new and novel way that involves active online interaction. There’s something very exciting about that. I’m not sure what it means for us going forward, but we are aware of it and we love that our fans are engaged enough to use social media to openly communicate about the show.”

Looking back, Lorre, a bit reluctantly, agrees to reminisce about a memorable moment in the series. “We’ve made 200 episodes and you want me to pick a moment I’m proud of?” he says with a laugh, but then continues, “Whenever I think about the show as a whole, I always seem to come back to the pilot. There’s this scene where Leonard and Sheldon first meet Penny as she’s unpacking. It was such a simple moment but you could see that those guys, each in their own way, were clearly smitten with her. They were a bit awkward with each other, but you could really see that there was something special that happened right then and it made me want to see how these people would interact with each other going forward. Thankfully, I wasn’t alone in that thinking.”

Looking ahead, Lorre says that he can’t even fathom what will transpire with the characters as the series progresses, saying, “I rule nothing out on this show. If you’d asked me nine years ago if Sheldon would be in a committed relationship, I would have said, ‘never.’ Leonard and Penny are married and [Howard] Wolowitz, who was an arrogant, deluded loser and is now married to a beautiful woman and about to become a father. All of that just goes to show that anything can happen.”

And just how long does Lorre think The Big Bang will continue? “I think the answer to how long this will go will ultimately be decided by the audience. As long as they care about these people and we’re still having a great time making the show it’ll keep going. As long as those two things are in sync, we’re all good. “ 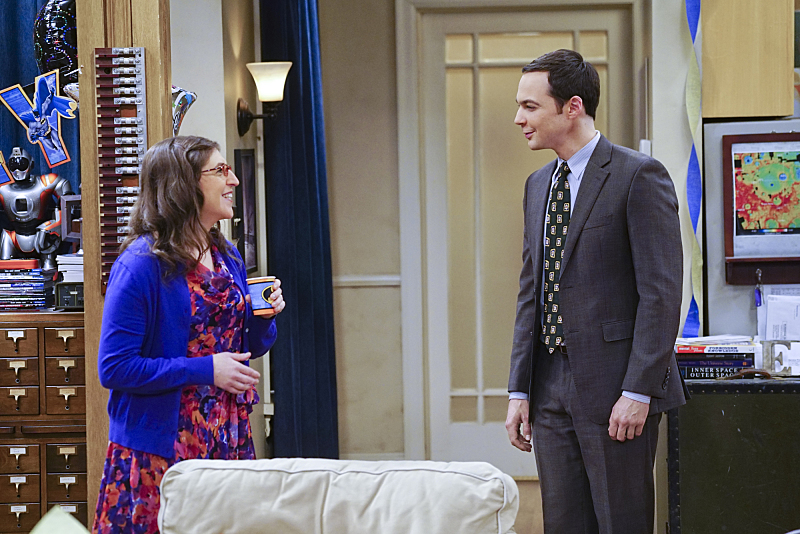