Donald Trump won the support of the Brooklyn Republican Party tonight, a possible indication that the GOP establishment in New York is ready to rally around the front-running real estate developer.

Arnaldo Ferraro, the chairman of the party and a former one-term assemblyman, said his organization was “taking the initiative” by backing Mr. Trump, citing his lead in the three-man race, though he did not say the endorsement had anything to do with embracing the billionaire’s controversial policies.

“Our organization is taking the initiative to endorse the leading Republican candidate for president of the United States,” Mr. Ferraro said in a statement. “Sitting on the fence is certainly not an indication of leadership.”

The four other county Republican organizations in New York City have not endorsed in the GOP primary, which will be held here on April 19. Mr. Trump, a Queens native, holds formidable leads in every poll taken of New York Republican voters, and has the support of several elected officials in the state. Though some establishment figures have condemned Mr. Trump for his anti-immigrant rhetoric, Ed Cox, the chairman of the New York State Republican Party, has spoken warmly about his candidacy.

New York’s 95 delegates will be pivotal. Mr. Trump is barely on track to secure the majority needed to win the nomination outright, and both of his rivals, Sen. Ted Cruz of Texas and Gov. John Kasich of Ohio, are fighting to deny him enough delegates to win. Mr. Cruz traveled to New York today, an indication that he’s going to try to pick off delegates from Mr. Trump, and Mr. Kasich is expected to try to sell himself to the state’s more moderate GOP voters.

How much help the Brooklyn Republican Party will be for Mr. Trump remains to be seen. There is only one Republican elected official exclusively from Brooklyn and the party has been wracked by infighting for several years. The local GOP failed a crucial test when they couldn’t elect a Republican under favorable conditions to an open Assembly seat in the borough last year.

The party secretary, Lucretia Regina-Potter, said Mr. Trump would help Republicans down the ballot, despite predictions from pundits that he will be a disaster for Republicans running in local races.

“With Donald Trump as the head of the Republican ticket in the general elections in November, we stand a much better chance to elect Republican candidates for public office in our county and revitalize and grow the Republican Party in Brooklyn,” she said. 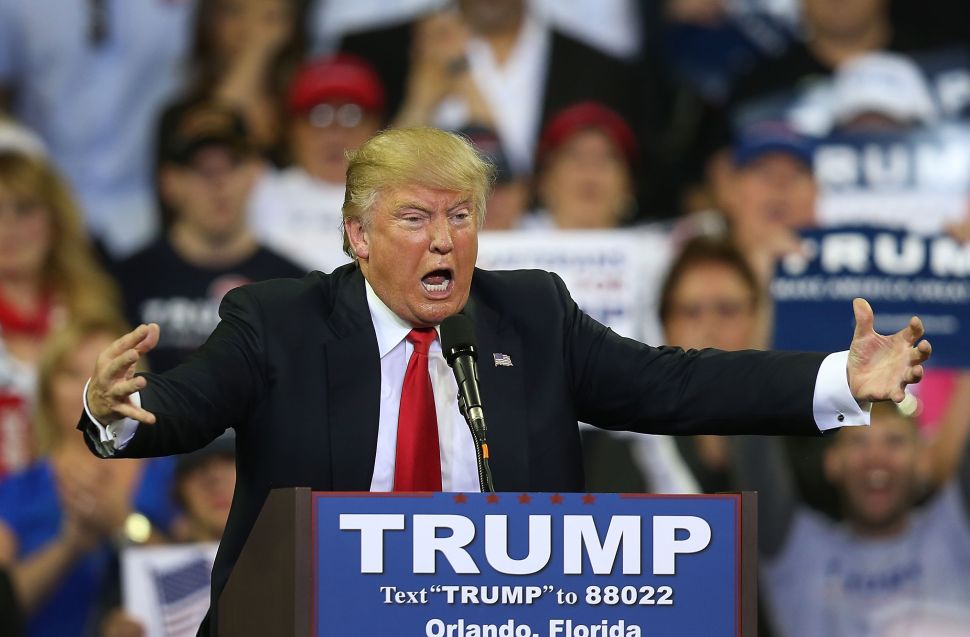