It’s official: Michael Kors is getting into the wearables scene with the launch of his first smartwatch. Dubbed the Michael Kors Access, this new timepiece will retain the classic, chunky design the brand is known for, but it will be updated with some impressive, new technology.

The watch, which will be compatible with both iPhones and Androids, will flash with notifications from texts, emails and various social media apps. It also has a built-in fitness tracker and a voice-activated feature from Google. These watches were developed in partnership with Google and Android Wear technology.

Of course Mr. Kors wants his customers to have options, so display faces can be changed with the swipe of a finger. Timepieces can transition from a cardio accessory at the gym to a glittery accoutrement for a big night on the town. “I’m in the business of making people’s lives easier through fashion,” Mr. Kors said in a statement. “After all, technology is impacting life more and more. It should reflect your personal taste as much as anything else, but it should also give you access to all the experiences that you want.”

Two designs, a flashy gold version with a pave crystal design for women and a sporty silicon banded one for men, were unveiled at this year’s Baselworld in Switzerland. Both styles will retail for $395 and will land in stores this coming fall. 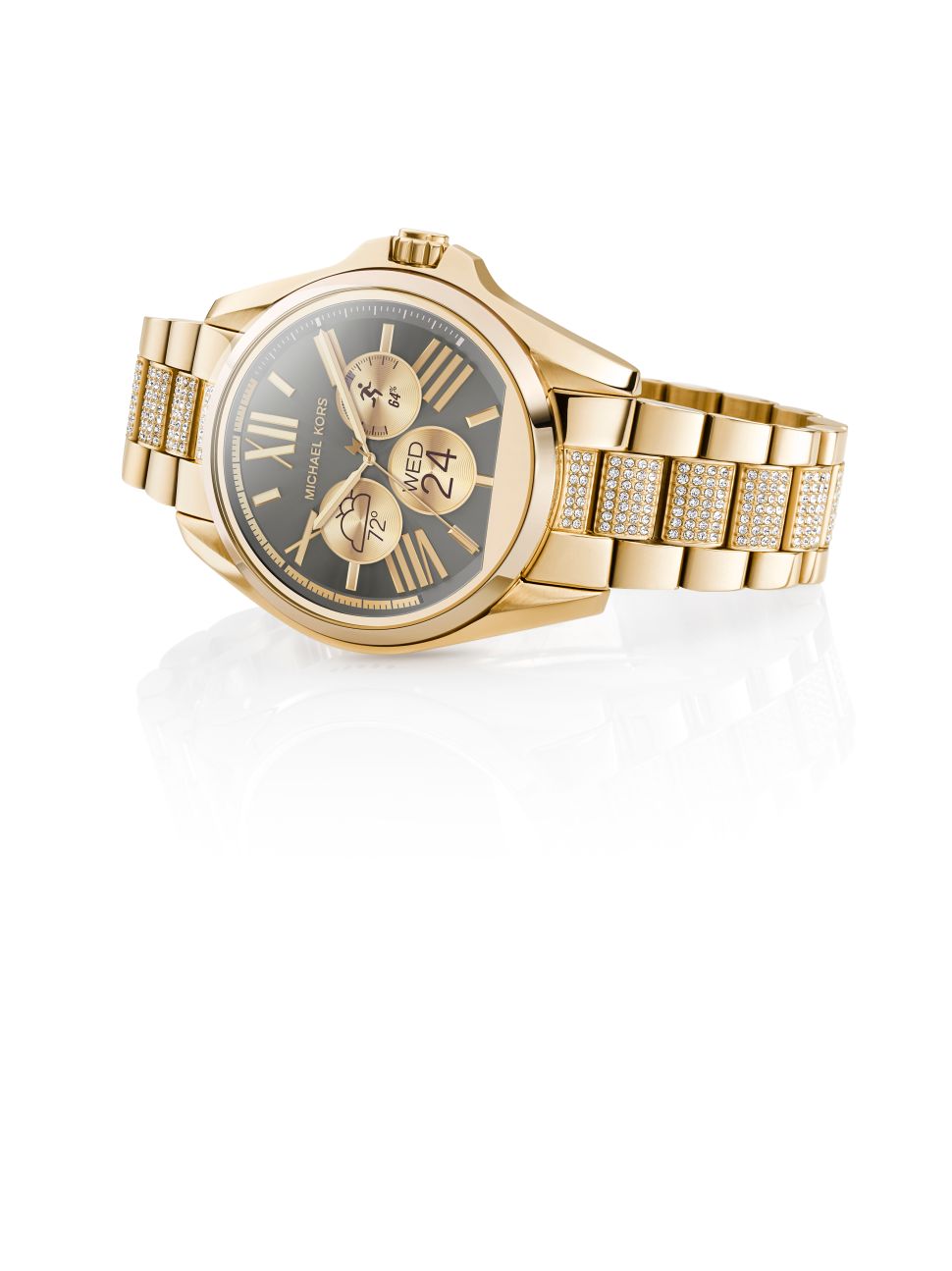