The Democratic National Committee rigged the Democratic primaries to ensure Hillary Clinton would win the presidential nomination. Evidence suggesting this claim is overwhelming, and as the primaries progress, the DNC’s collusion with the Clinton campaign has become more apparent.

Hillary Clinton has known for years she would be running for president in 2016. Fundraisers were held on her behalf as early as 2014, before she announced her campaign, as it was well known throughout the Democratic establishment that she would run for president. Unlike Jeb Bush, also an establishment-backed Republican candidate with wealthy donors, no Democrats in office dared to run against Ms. Clinton. The DNC did not suspect an Independent and three virtually unknown former politicians would contend for the nomination. Aside from clearing out her competition in the primaries, the co-chair to Ms. Clinton’s failed 2008 campaign—Debbie Wasserman Schultz, who is currently the DNC Chair—scheduled only six debates compared to the eight scheduled for Republican candidates and enacted a new rule effectively banning Democratic presidential candidates from participating in any unsanctioned debates.

In addition to a limited debate schedule strategically presented at times when viewership would be low, super delegates overwhelmingly came out to support Ms. Clinton—many before the primary elections even began. The DNC helped the Clinton campaign lure super delegate support through the Hillary Victory Fund, a joint fundraising committee that received thousands of dollars in donations from wealthy and corporate interests. With the maximum allowable donation of $2,700 going to the Clinton campaign, after the DNC took their cut the Clinton campaign could choose which state Democratic Parties received which funding. In New Hampshire, for example, Senator Bernie Sanders won over 60 percent of the popular vote in the primary—yet Ms. Clinton received the support of all six of the state’s super delegates after the New Hampshire Democratic Party accepted over $100,000 in donations from the Hillary Victory Fund. The fund has allowed Ms. Clinton to significantly outraise Mr. Sanders, despite Mr. Sanders having nearly double the amount of campaign donors.

‘She and the political machine are not going to invest the time or money to beat the drums for voter registration because they know full well those are primarily votes she won’t receive.’

Most recently, the Sanders campaign filed a lawsuit against the DNC with regards to the DNC banning access to voter database files in retaliation to a firewall breach caused by the ineptitude of a vendor they hired. DNC Chair Debbie Wasserman Schultz quickly rescinded the punishment—but not until the last bits of the DNC’s integrity had evaporated as she defended the action in mainstream media outlets, desperately attempting to salvage her waning public image.

A mainstream media blackout has also benefitted Ms. Clinton at the expense of Mr. Sanders’ campaign, and although the DNC is not directly responsible to this alleged bias, its influence certainly has some pull. Some of the largest news corporations in the country could have made efforts to ensure both Democratic candidates received adequate coverage.

The New York Times was recently exposed for its overwhelming favoritism for Ms. Clinton, after the company made egregious changes to an article that lauded some of Mr. Sanders’ accomplishments in Congress. The Washington Post was called out by progressive publications for publishing 16 anti-Bernie articles in the span of 16 hours. An analysis conducted by the Tyndall Report on the first 11 months of 2015 found Ms. Clinton received 113 minutes of coverage on CBS, ABC and NBC nightly news broadcasts, with an additional 88 minutes dedicated to controversies surrounding her involvement in Benghazi and Emailgate, which fueled her Democratic support base. In contrast, Mr. Sanders received only 10 minutes of coverage.

In nearly every state where the race between Ms. Clinton and Mr. Sanders could be close, the horrendous mismanagement of the primaries by the Democratic National Committee and its local affiliates has benefited Ms. Clinton.

In Arizona, the mayor of Phoenix requested a federal investigation after a severe shortage of polling precincts forced voters to wait hours, deterring thousands of people from casting a ballot. A petition to do something about the voter suppression was sent to the White House with over 100,000 signatures, stemming from the decision of Maricopa County Recorder Helen Purcell to downsize the number of voting precincts to 60. Ms. Purcell initially blamed voters for long lines before retracting her statements and accepting the blame—although she refuses to resign over the scandal.

In Massachusetts, Bill Clinton broke election laws by entering precincts but inoculated himself from repercussions by attending with the Mayor of Boston. After his visits sparked backlash in Massachusetts, Mr. Clinton reserved himself to campaigning just outside of the polls in Illinois—where thousands of people were turned away in six counties thanks to a shortage of ballots. The same thing happened in Michigan, despite Mr. Sanders’ victory in the state.

In Nevada, where voter turnout was poor, Senator Harry Reid phoned in favors to ensure casino employees were sent to caucuses for Ms. Clinton.

And when voter turnout has been high, either Mr. Sanders won or voters were turned away and Ms. Clinton was victorious. At the same time, Republicans have seen record voter turnouts in their primaries.

“Party leaders (again, that’s code for Hillary supporters) have seemingly hosted fewer voter registration drives. Doing so, would, in essence, be drives for Bernie Sanders. In some cases, party leaders are just skipping them altogether in many states and at college campuses,” Shaun King wrote for The New York Daily News. “Hillary must know that low voter turnout actually favors her campaign to get the nomination. She and the political machine are not going to invest the time or money to beat the drums for voter registration because they know full well those are primarily votes she won’t receive.”

The efforts of the DNC to suppress the vote in order to ensure Ms. Clinton wins more delegates may help her win the Democratic nomination, but it will backfire in the general election in November.

The DNC has bent their own rules and regulations to assist Ms. Clinton. In December 2015, Vice News broke a story that the DNC was allowing Ms. Clinton’s campaign to share offices with the Carson City Democratic Party in Nevada—a key early primary state. In the summer of 2015, a top DNC official, Henry R. Munoz III broke DNC rules by organizing a fundraiser for Ms. Clinton in Texas. When news broke of the infraction, Ms. Wasserman Schultz ignored it.

Aside from an overt favoritism for Ms. Clinton—because Ms. Wasserman Schultz’s career depends on Ms. Clinton winning—under her leadership the DNC suffered significant losses in the House and Senate in 2014, and the party was virtually bankrupt heading into this year, as they have been significantly out funded by the Republican National Committee.

“The Democratic Party—we haven’t left them, they left us,” actress Rosario Dawson said while introducing Mr. Sanders to a crowd in San Diego. “We are playing chicken here, and they are going to have to turn. That candidate (Clinton) is the Ralph Nader, not Bernie Sanders.” Ms. Dawson expressed sentiments felt by many of Mr. Sanders’ supporters, who have been disenfranchised by the DNC. If Hillary Clinton makes it through to the general election in November, the repercussions of the Democratic Party’s corruption and poor leadership will reverberate into the future. 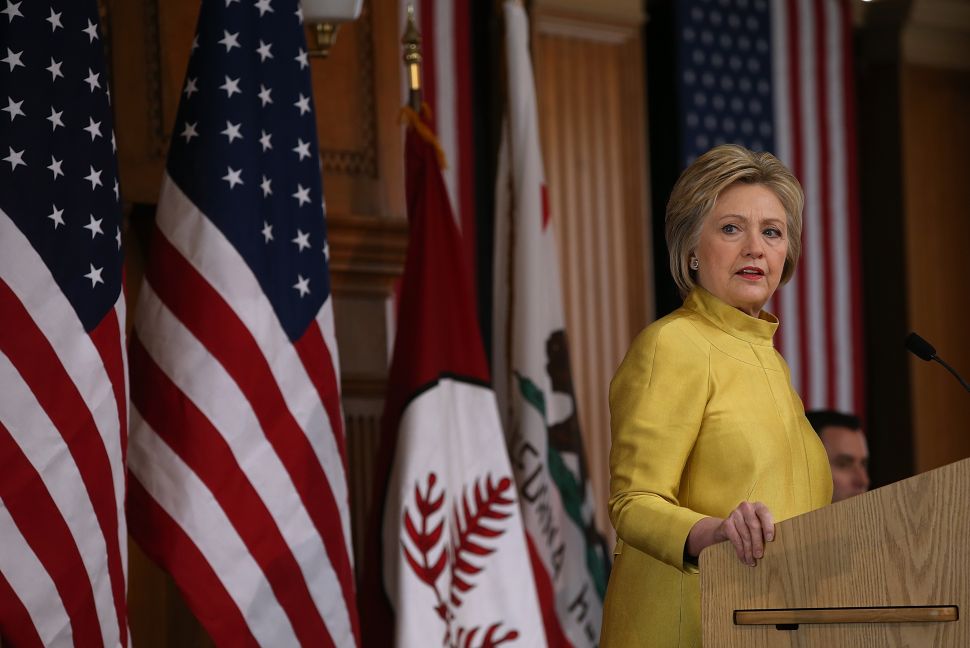