Outside the window of Roy Wood Jr.’s Upper West Side apartment, you see a possible glimpse into the 37-year-old comedian’s future. Just across the street, a sign marks the studio in which HBO’s Last Week Tonight with John Oliver is filmed. As the latest correspondent for Comedy Central’s poli-satire The Daily Show, Mr. Wood is following a similar path to Mr. Oliver—a path that also includes legendary names like Carrell, Colbert and Wilmore. But over a 20-year standup comedy grind, Mr. Wood developed a voice unique from the correspondents before him, a kind of bemused exasperation that acts as the perfect foil to breezy Jon Stewart-successor Trevor Noah.

You started doing standup in Birmingham, Ala. What was it like first coming to New York? The first time I came to New York I drove from Tallahassee, and the second I got out of the Lincoln Tunnel, it was overwhelming. Literally, within the first three blocks I broke seven traffic laws. I turned right on red, I blocked the box, I was in the fire lane. It was chaos. From a performance standpoint, though, New York is the greatest place on Earth.

Have you ever noticed a comedic through-line for the city, a topic New Yorkers always respond to? New Yorkers are always curious about your own personal experience with their city. The first thing I had trouble with in New York was dating here. I don’t understand how chivalry in New York works. If we go on a date, how far am I supposed to walk you afterwards? To the train? To the subway steps? Do I end up in New Rochelle with you? Dating is so simple in the South. Here it’s like, there’s a slasher on the subway. Multiple slashers!

“A [Daily Show] segment could be the greatest, change-the-world blabbity blah but if it ain’t funny we have to make it funny, then stick the important information inside of it. It’s like hiding vitamins in dog food.”

Being on The Daily Show, you must have thoughts on the election. I’m more of a general election guy than a primary guy. The primary is so much infighting and arguing and BS, and the general election is like, “We have our two teams, here’s our Super Bowl.” What is fascinating, though, is how fast Americans can turn for or against a candidate. When you think about three or four months ago, Ben Carson was in the lead.

That changed a little bit. I think Trump has definitely awakened an underbelly that was waiting to be represented in this country. Black and white, too. That’s the thing people forget about Trump, there’s a lot of black people out there that like him, too. To me, they’re just as misguided. But I’m not moving to Canada.

You’re staying no matter what. People talk about moving to Canada if Trump wins…I’m from Alabama. If you’re from Alabama you have already gotten a taste of what America would be like under Trump. Trump would have to, like, officially legalize the N-word for me to consider moving. And even then, I’d still probably just move to Seattle. Seattle feels like a place that just wouldn’t take part. Seattle would be like “Excuse me, sir, can you just use your racial slurs outside?”

“‘The Daily Show’ is still that flashlight in the darkness to a lot of horrible stuff.”

During his tenure Jon Stewart was adamant The Daily Show was always comedy before it was news. Do you agree? “Is it funny?” is always the first question asked in the room. A segment could be the greatest, change-the-world blabbity blah but if it ain’t funny we have to make it funny, then stick the important information inside of it. It’s like hiding vitamins in dog food.

What would you say The Daily Show’s exact role is? I think The Daily Show will always have a place for people who want to know a little bit more, who want to feel like they’re being heard. I’ve learned that it’s not just about pitching a story that’s fun. At the core there has to be a truth, or some bullshit, or some idiot that needs to have a light shined on him. The Daily Show is still that flashlight in the darkness to a lot of horrible stuff. 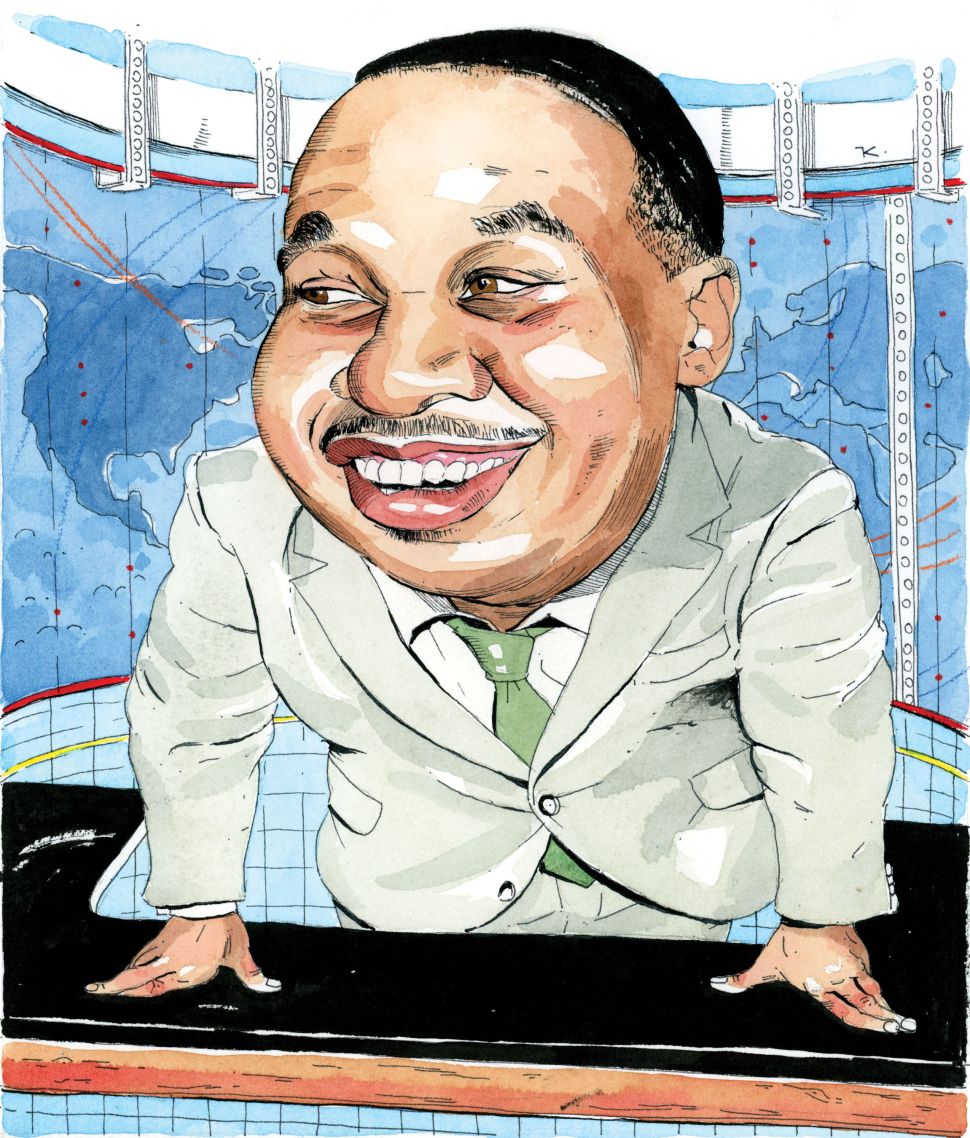