Stripped of political correctness, legality and morality, and viewed strictly from a risk management perspective, closing America’s borders to Muslims (à la Donald Trump) and enhancing surveillance of Muslims within the U.S. (à la Ted Cruz) is likely to reduce the probability of attacks by Islamic terrorists. Therein lies a tale—and four foundational dilemmas—now tearing at the fabric of American life, based on a set of ideals that may no longer be suited for modern times.

Like the fictional TV antihero Jack Bauer, you’ve got 24 hours to stop Islamic extremists from vaporizing Chicago with a suitcase nuclear bomb. Your only hope is to extract information about the bomb’s location from a captured terrorist. Do you resort to torture—as gruesome as need be—to break the suspect?

For many Americans, the answer would not be “yes.” It would be “hell yes”—and where do I go to vote for a presidential candidate who agrees with me? This is the “ends justify the means” slippery slope that first Al Qaeda and now ISIS have put on America. There appears to be no turning back in an age of weapons of mass destruction.

Based on heightened surveillance of a Muslim mosque, you are certain a terrorist cell is going kill thousands of rush hour commuters in the New York subway system with poisoned gas. Should you arrest, convict and imprison the would-be murders before they have time to act—as in the fictional film Minority Report?

Of course, American laws currently rule out such an extreme form of jurisprudence. American laws also prohibit any Ted Cruz-inspired “heightened surveillance” based on ethnic profiling to get the critical information to begin with.

Yet, as the world watches a growing number of “watch list” terrorists actually follow through with heinous acts (the coordinated Belgium airport/subway bombings are just the latest), the argument for at least preemptive detention and internment camps becomes increasingly compelling. So, too—at least from the perspective of statistical probabilities—does the argument for targeting Muslims for increased surveillance. What’s a civil liberties-loving country to do?

Like Donald Trump in a very real presidential race, you observe that among the flood of Middle Eastern refugees now inundating Europe, an increasing number are Islamic extremists intent on committing terrorist acts. You further observe that some of these extremists have already succeeded in assassinating journalists, blowing up cafes and machine-gunning innocent civilians.

Should you, as a presidential candidate, call for a temporary ban on Muslim immigration—including the acceptance of Syrian refugees—until the American public can be assured terrorists will not be able to slip into our homeland hidden among the immigrant flow? Or would that be considered a “racist” policy bound to doom your candidacy because it is so contrary to the Statue of Liberty ideals of accepting the world’s tired, poor and huddled masses “yearning to be free”?

This is indeed a dilemma with which many Americans are now struggling—and the scales tilt ever more toward Muslim bans with each new terrorist attack.

The acute problem many otherwise religiously tolerant Americans are now having is this: Islam is not just a religion. In its most zealous form, Islam is a “zero sum” jihad aimed at wiping out all other religions—along with the infidels kneeling at the altar of other gods.

In this stark world, bombings, beheadings and other extreme forms of terrorism are not meant to bend an enemy to one’s will—there are no concrete demands Islamic extremists are making that America or Europe can meet. Rather, the goal is simply pure, unadulterated and paralyzing terror so that the extremists can gain political control of communities, countries and eventually the world.

Is it any wonder that Muslims as a group are increasingly looked upon as inflexible fanatics engaged in the genocide of non-Muslims? Is it any wonder that political leaders like Donald Trump are speaking aloud what is on the minds of so many Americans—and rising in the polls with each new terrorist attack?

The ultimate question, of course, is whether the new, more restrictive America now unfolding before us is morally justified in the face of the extreme threats posed by Islamic terrorism. It is a question best answered by debate and reason rather than by waving the bloody shirt of racism.

Peter Navarro is a professor at the University of California-Irvine. He is the author of Crouching Tiger: What China’s Militarism Means for the World(Prometheus Books). Reach him at www.crouchingtiger.net. 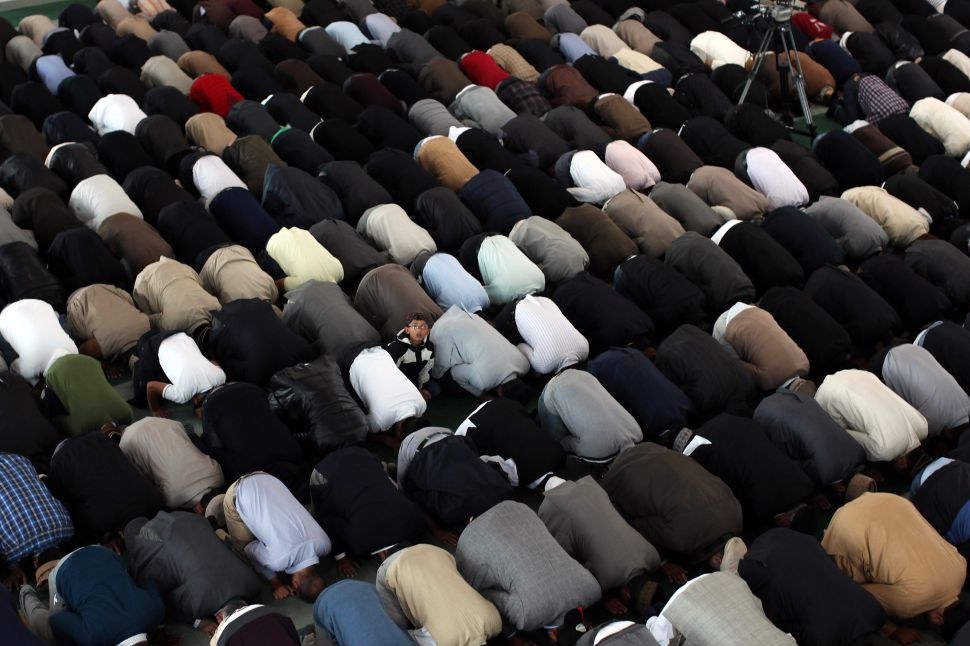