The Frick Collection’s Young Fellows Ball continued its reign last night as the best dance party of the New York gala season. The theme of the evening paid homage to the longtime and legendary New York nightlife staple, The Palladium, which shuttered in 1997. The always elaborate dress code called for the requisite black tie garb, but with a disco twist.

Mia Moretti arrived fashionably late, but with good reason, as she had just gotten off a flight from Japan. Despite her jet lag, she still dutifully wore a red gown from the evening’s sponsor, Carolina Herrera, and helped herself to a Belvedere cocktail.

Ms. Herrera herself was in attendance too. The designer held court in the museum’s courtyard as many of her favorite socialites and customers glided through the Frick Collection’s maze of priceless works. Celebrity stylist Micaela Erlanger was there alongside Carolina Herrera’s head of PR, Lauren Astry, along with two sets of notable siblings – Kyra and Kick Kennedy, and Barron Hilton II with sister Nicky Hilton Rothschild.

Shout to my brother for being the best date tonight 👫

Actress Emmy Rossum served as the evening’s grande dame. She was of course wearing a sweeping Carolina Herrera gown. The striped number was so large that she suffered from the age-old issue of gown train collisions as she cut a rug on the dance floor.

Ms. Rossum was also one of the few guests bold enough to climb the stage and make a request from the DJ, in his native French, for Daft Punk and Rihanna tunes. “I don’t take requests,” he said sharply, though Rihanna’s “Work” soon blared from the speakers. 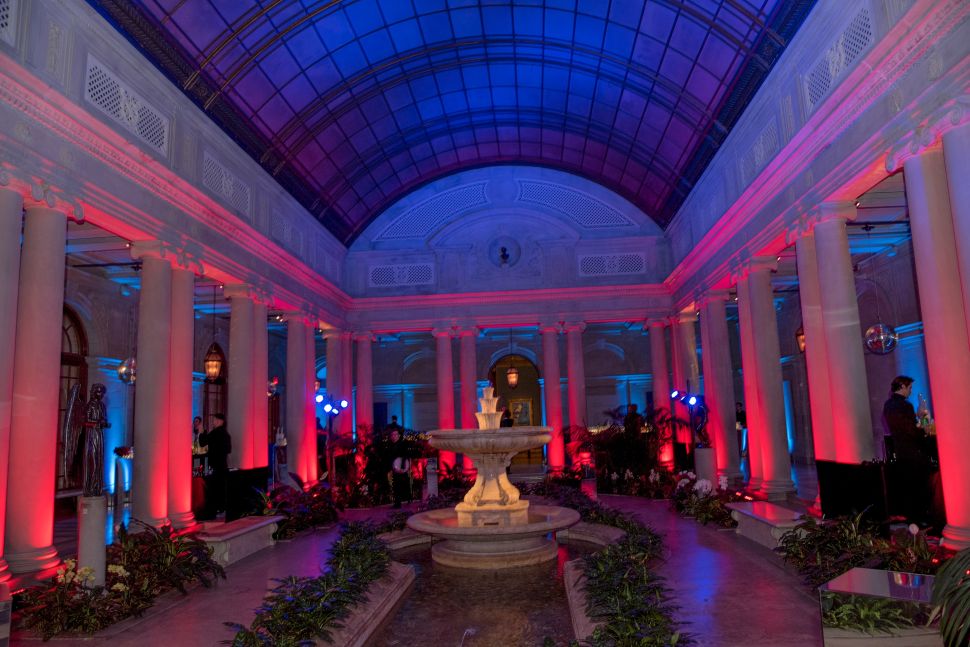