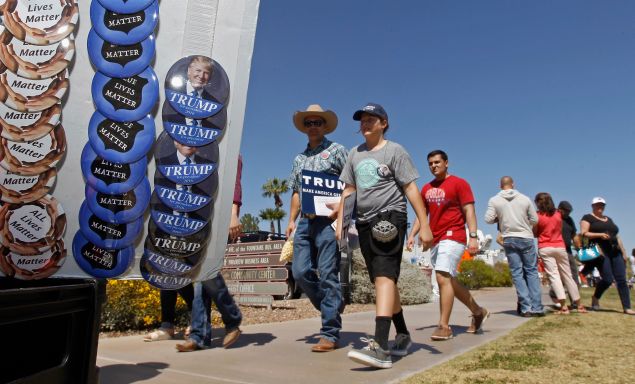 It was surely with great bemusement that Democrats opened their browsers and read Saturday’s New York Times article about the muddled machinations of the befuddled Republican establishment.

It seems, according to the article, that establishment Republicans are prepared to launch a third-party effort in the event that Donald Trump completes his hostile takeover of the onetime party of Lincoln.

The idea itself is not necessarily stupid. The Party Crasher column of March 7 outlined a strategy that desperate GOP bigwigs might use to force the election into the House of Representatives, where Republican members of Congress could choose the third-party Republican candidate to be president instead of Mr. Trump. In short, they could theoretically accomplish this aim by competing in a handful of competitive states and winning just enough electoral votes to prevent either the Democratic or Republican nominee from reaching the 270-elector threshold required for victory.

However, the Times article of March 19 indicated that the recent conclave of Republican cardinals had developed a different strategy, and it is one that quite clearly will accomplish little but to guarantee a Democratic victory in November.

Republicans have never paid much attention to soccer, have they?

Apparently, the brilliant idea hatched in this backroom bungle is to run either former Gov. Rick Perry—the bumbling Texan who only recently was cleared in an abuse-of-power indictment stemming from his governorship—or former Sen. Tom Coburn, whose repeated battles with cancer may well be a lesser impediment to success than his low name recognition outside of Oklahoma.

It may be true that a Perry candidacy could block Mr. Trump, but it will not block Hillary Clinton, who has now emerged as the likely Democratic nominee after sweeping five key primaries last Tuesday. Perhaps Republicans can be forgiven for an understandable inclination to forget the current state of the electoral map, but basic arithmetic demonstrates the holes in their logic.

In the last six presidential elections, Democrats have carried 18 states and the District of Columbia each time, a collection of jurisdictions that currently accounts for 242 electoral votes. Add Florida, with 29 electors, or a combination of Ohio and Virginia, with 31 total electors, and the Democrats surpass 270 electoral votes, thereby retaining the White House. (This rudimentary calculus does not even take into account the additional states that Democrats have won five times in the last six cycles, which would improve their starting position to 257 electoral votes and put them in position to simply add Virginia and win the presidency, irrespective of what Florida and Ohio do.) It is a short road to 1600 Pennsylvania Avenue for the Democrats if they simply hold all the states they have won in every election since the Ronald Reagan/George H.W. Bush era ended in 1992.

Republicans, meanwhile, start out in a much weaker position. In the last six elections, they have won only 13 states in each contest, for a total of 101 electoral votes. Even if we add the nine states they have won in each of the last four elections—states that went at least once for Bill Clinton but have since lurched rightward—as well as Indiana, which surprisingly went to Barack Obama in 2008 but is now as red as ever, the Republicans only get to a starting position of 191 electoral votes.

It is the short Democratic road, not the Republicans’ much longer and more daunting road, that these mixed-up Machiavellis must obstruct to achieve their aim—if that aim is actually to get the election into the House of Representatives. If they are going to do this, they must deny both parties’ standard-bearers the up-for-grabs states that could get either side to the 270 electors required to win the election. Denying Mr. Trump the Lone Star State’s 38 electors certainly guarantees his defeat, but it does nothing to prevent Ms. Clinton from garnering the electoral votes of Florida or other key swing states and taking up residence at the prestigious address where she previously lived from 1993 to 2001.

For a third-party candidate to win these “swing states” or “purple states,” thereby keeping either standard bearer from getting to 270 electoral votes, that candidate must appeal to a broad cross-section of voters. It is very difficult to see how doctrinaire conservatives such as Mr. Perry or Mr. Coburn are going to win moderates or persuadable Democrats. It seems much more likely that they will simply divide the Republican vote in those states and ensure that they all end up in Ms. Clinton’s column, guaranteeing her a victory.

Clearly, establishment Republicans don’t know how to play this game anymore. If they did, they would understand that you don’t win a soccer match by kicking the ball into your own goal. But then, Republicans have never paid much attention to soccer, have they? 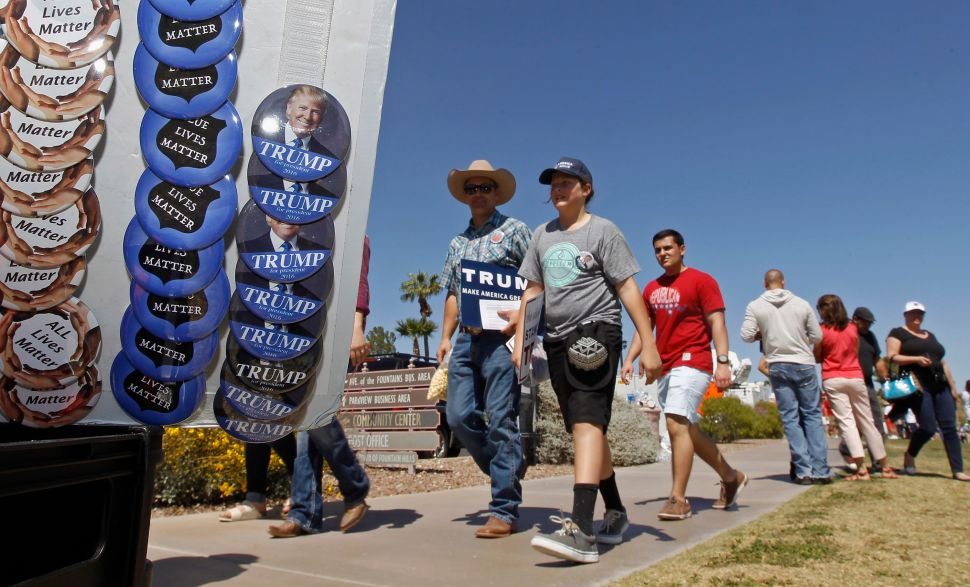