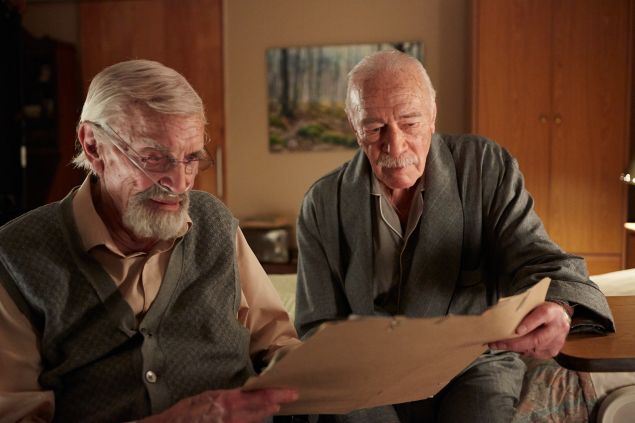 Canada’s best and most renowned film director, Atom Egoyan, conjoins the themes of the Holocaust and Alzheimer’s in Remember, inviting controversy. But the result is the kind of harrowing suspense that doesn’t come around very often, charged and informed by another powerful, galvanizing performance by the great Christopher Plummer.

He plays Zev Gutman, a delusional 90-year-old survivor of Auschwitz whose longtime wife and companion has just died, leaving him to mourn alone, clinging to memories of the past and calling out her name in the dark. In the assisted living facility where his son Charles (Henry Czerny) has placed him, his pathetic daily routine is interrupted by a friend and fellow resident named Max (Martin Landau) who sends Zev on a secret mission to track down a fugitive German concentration camp SS commandant who murdered their families, escaped after the war and is now living somewhere in North America with the stolen identity of a former prisoner named Rudy Kurlander. The Simon Wiesenthal Center has located four German immigrants with that name, and Zev is recruited to hunt, locate and kill the right one. Thus a hair-raising mystery unfolds that is totally wrenching in its quiet, understated intensity.

Zev doesn’t fully comprehend what is going on, and sometimes he can’t remember his own name. But Max, who is confined to a wheelchair after a stroke, has planned everything in advance, including expense money and a letter of instructions. While the retirement home staff and doctors fret about his declining health and his son worries about his safety and whereabouts, Zev boards a train for Cleveland, buys a 9-mm. law-enforcement weapon and begins his quest.

In Canada, the first Rudy Kurlander (Bruno Ganz) is a former Nazi but the wrong one. This one served in North Africa under Rommel and believed in Hitler’s plan to rid Germany of the “trouble-making Jews” but strongly opposed the Fuhrer’s methods. The second suspect is a Jewish survivor who was imprisoned for his homosexuality. Following Max’s scrupulous instructions in a letter badly faded with coffee stains, Zev next heads for Nevada and the film’s third and most terrifying episode—a life-threatening encounter with a garrulous state trooper (Dean Norris), the son of a dead Rudy Kurlander, so outwardly cheerful and welcoming that he invites Zev to spend the night. Until he takes Zev on a guided tour of the isolated country house that serves as a shrine to his father, proudly showing off his collection of war souvenirs, including swastikas, a Nazi uniform and an original copy of Mein Kampf. The friendly mood changes when the neo-Nazi spots the tattooed number on the old man’s arm and unleashes a vicious German shepherd attack dog named Eva. It’s a hair-raising scene reminiscent of Laurence Olivier’s country-house confrontation with Dobermans in The Boys from Brazil.

Up to this point, the premise of Remember seems unlikely. Why would anyone dispatch a sick, vulnerable old man suffering from dementia on such a challenging mission? Because, explains his friend Max, “You are the only man who can still recognize the face of the monster who murdered our families.” And he does, finally, in an idyllic home on Lake Tahoe, but in a surprise finale, when Zev at last comes face to face with the mass murderer (Jurgen Prochnow, who memorably played the German submarine commander in Das Boot), nobody is who they are supposed to be, including Zev. Every troubling doubt is revealed and explained in the final 60 seconds, and the return of his memory has the effect of electro-shock treatment.

The film turns grim, and sometimes it moves too slowly for its own good, but you’ll be too numb from the suspense to care. Christopher Plummer shows everything about age from confusion and memory loss to incontinence, making every minute believable. Using all he’s ever learned about perfecting the art of great acting, he plays age and infirmity with force and conviction, while Atom Egoyan, working from a careful screenplay by Benjamin August, honors and sustains the distinguished star’s customary spirit and dignity, turning Remember from an ordinary road movie into a thriller of Hitchcockian finesse. 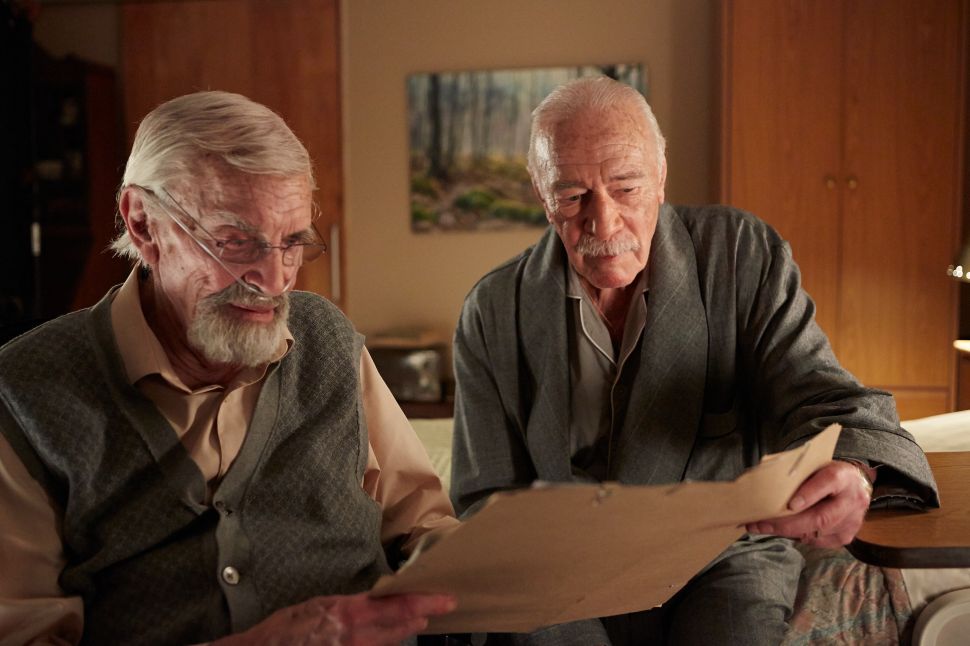