Iran’s leadership is playing a longer game than the Obama Administration. Supreme Leader Ali Khamenei, whose term in office is limited only by Allah, is looking years into the future, while President Obama and Secretary of State John Kerry appear to be focused on running out the clock without any spectacular blunders. This divergence in strategic timelines is important because it informs policy choices on both sides.

It’s also instructive to view the world from the perspective of the leadership in Tehran. What did the world look like before the Joint Comprehensive Plan of Action (JCPOA)?

If you were sitting in Mr. Khamenei’s chair, you saw the following:

In the end, for Mr. Khamenei and the rest of his cabal, the regime’s pre-JCPOA problems mostly boiled down to one thing: Money. The Islamic Republic and its designs on regional dominance were slowly choked by durable economic sanctions.

There was a reason the Iranians were ecstatic on signing day.

But the leadership in Tehran does not live in an information vacuum—even if most ordinary citizens there receive heavily filtered news. Mr. Khamenei et al knew there was a window of opportunity to get the sanctions relieved, and that that window could close in January 2017. Moreover, they were dealing with a Great Satan who was obviously anxious for some sort of rapprochement, blatantly telegraphing the desire for an improvement in relations during secret meetings.

This, in a nutshell, was the JCPOA. There was a reason the Iranians were ecstatic on signing day.

Although the White House has apparently been surprised by the Iranians’ alacrity in fulfilling the initial terms of the JCPOA to reach “Implementation Day,” they shouldn’t have been. Before the ink was dry on the agreement, the Iranians were racing to do what was necessary to get the sanctions lifted and get the money flowing again.

So while Mr. Khamenei and company made some short-run sacrifices on the nuclear program that were probably painful and even controversial within the regime, those sacrifices served a larger strategic purpose. It is not inconceivable that the situation within the Iranian government was more dire than Western analysts believed—the pressure of sanctions may have reached such an acute level that it posed an existential threat to the regime’s survival. We will probably never know for sure.

What we do know, however, is that Implementation Day was a relief valve for that pressure. The regime can now sell oil on the world market, sign contracts with foreign businesses, buy weapons for use in Syria and elsewhere, and it can pay off domestic constituencies to shore up political support. For the first time in years, the Supreme Leader has room to breathe.

What are we likely to see over the course of the next year?

While it is probable given recent events that Tehran will continue to probe Washington’s willingness to enforce the terms of the JCPOA (and the remaining sanctions), the Iranians will likely abstain from any flagrantly provocative violations of the deal in order to take advantage of their new-found financial freedom. We will more likely see what Kissinger and Schultz memorably called “a gradual accumulation of ambiguous evasions”—geopolitical micro-aggressions, if you will. There will be enough hostility towards Washington to fend off any domestic suggestion of real detente, but not enough to definitively violate the letter of the agreement and close the financial taps. And the White House has repeatedly signaled that it plans to be willfully ignorant of violations in order to maintain the durability of the JCPOA so President Obama can leave office claiming victory.

We will see a replay of that day almost a decade ago, when North Korea announced it would test its first nuclear weapon.

After January 2017, however, we will see an entirely different picture. It’s hard to say with any certainty (especially given Mr. Khamenei’s advanced age and frail health) what that will look like. But it’s no exaggeration to say Mr. Obama has left his successor a particularly bad hand to play.

If a Republican comes into office, especially one determined to hold Tehran to account for its perfidy, the obvious move would be to either unilaterally abandon the JCPOA (controversial), attempt to renegotiate it (hard), or temporarily leave it in place but vigorously and strictly enforce the deal’s compliance terms while building support for renegotiation (more likely). Regardless of the strategy, Mr. Khamenei (or his successor) will almost certainly just declare the JCPOA null and void in the face of re-application of sanctions or vigorous verification enforcement. Any such action will be interpreted in Tehran as violating the terms, a justification for the abrogation of the deal. In fact, the regime has repeatedly signaled this plan in the press and in social media.

We will then see a replay of the late 90s and early 2000s. Tehran goes back to covertly developing a nuclear weapon. The West goes through the laborious process of collecting intelligence and building international consensus for sanctions. European businesses complain to their governments about the potential loss of revenue from deals with Iran if sanctions are re-applied, prompting cold feet among our allies. Russia and/or China veto new proposed sanctions in the UN Security Council. And at some point, we see a replay of that day almost a decade ago when North Korea announced that it would test its first nuclear weapon—except this time it will be in a remote desert or under a mountain in Iran.

If a Democrat wins the White House, then s/he will be faced with a difficult choice: continue to willfully ignore violations intentionally designed to test America’s will in order to maintain the fabric of the JCPOA, or enforce the terms of the deal and other violations of international norms and risk having Tehran walk away from the agreement. The former guarantees that Tehran will continue to destabilize the region even if keeping to the letter of the deal, while the latter enables opponents on the Left to claim s/he has blown up the “hard-won” JCPOA orchestrated by his/her predecessor. As long as the government in Tehran stays in the hands of hard liners, it’s a no-win situation.

A colleague recently observed wryly that if Iran were to comply strictly with the terms of the deal, it would mark the first time in the history of the Islamic Republic (and five U.S. presidencies) that that had been the case. It simply strains credulity to expect that this time will be different. And in any case, the dispute resolution mechanisms of the JCPOA are fraught with myriad opportunities for stalling and obfuscation.

It’s frankly doubtful that Khamenei, Zarif or Rouhani ever really expected to adhere to the letter or spirit of the JCPOA over the long run. Their accession to the agreement’s terms—mild though they were—was a cynical short-term exercise whose only objective was the survival of the regime, enabled through the lifting of sanctions. They now have approximately a year to reap the benefits of that relief. Obama’s successor has less time to plan for what’s next.

Marc C. Johnson is a consultant and former CIA operations officer who has worked extensively on Iran and WMD proliferation issues. Follow him on Twitter @blogguero. 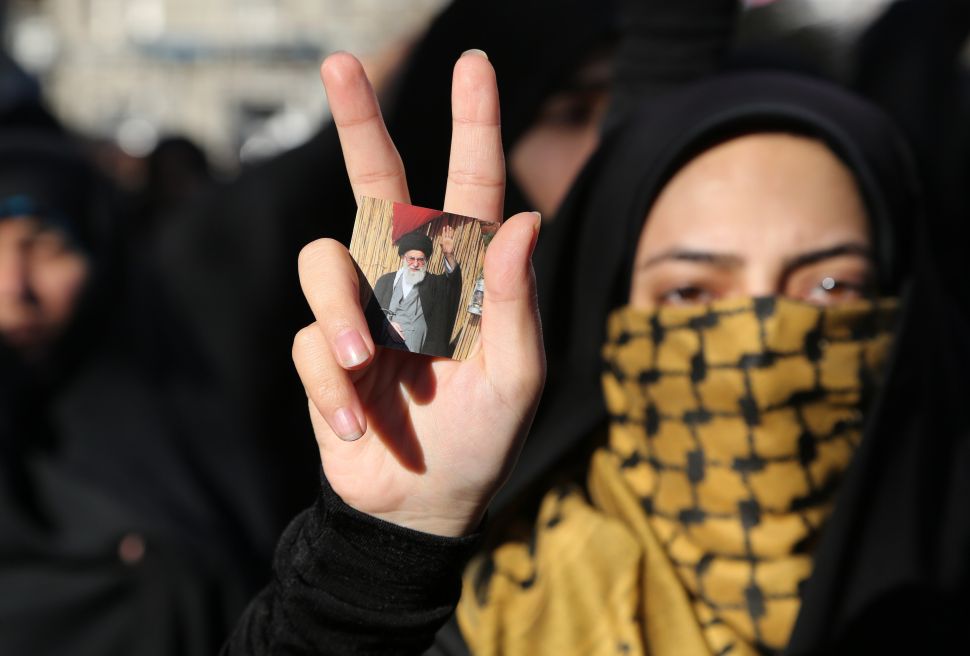