I watched the latest Magicians episode with my boyfriend. “Well,” I said afterward when he looked to me for my reaction. “The actors did a really good job. And they were all very good-looking. And some of the effects were cool!”

“You sound like a mom after a bad college improv show,” he said.

It was true. My words had the hollow upbeat ring that can be heard in echoing in blackbox theaters across the country: It looked like you kids were really having fun up there!

Undertaking an adaptation of The Magicians was by no means an easy project but 10 episodes in, SyFy has still failed to hone in on exactly what kind of show they wanted to make. Its A, B, and C plots contradict each other and the most well-crafted moments or growth from previous episodes fail to have any weight or significance moving forward. Even though it ostensibly seems to be telling the story Lev Grossman wrote in his series–novels which had arcing plots, I’d compare The Magicians most to a children’s cartoon – the kind in which events happen, but next week it doesn’t really seem to affect anything moving forward. Yes, they might all remember that Jimmy Neutron invented time travel, but he hasn’t become a billionaire or been murdered by the government. Yes, we might have figured out that Fillory is real, learned about Alice’s brother, met Quentin’s father, seen Penny’s heart broken, but none of it affects the episode that’s been splayed out in front of us, in which the contents and order of various scenes seem to have been pulled from a hat.

In the episode’s central plot, Penny gets lost in the Neitherlands–the sprawling fountain-city that connects various realms. In order to save him, Alice and Quentin need to ask a friend of Alice’s mom to teach them a sexy sex spell that will create a light for Penny to follow back to the Earth fountain (“Wait, they’re in Chicago now?” my boyfriend asked. “How did they get to Chicago?”) I had no good answer.

Meanwhile, unrelated to all of this, Margo learns a boy she had sex with created a clone of her that’s draining her life force and she and Eliot go to get the clone back. Kady and Julia become an unlikely pairing in an underground magic group, but nothing happens to them except someone does a spell to send them back 15 seconds in time.

If you’re confused, don’t worry: I read the books, and it doesn’t make sense.

The problem isn’t really that the plots seemed disjointed; it’s that the whole show seems disjointed. Every set could have had a different designer. Nothing about the “magic” in the world is specific or unique, neither it’s look nor its power. Sending Eliot and Margo off on a wacky procedural-of-the-week keeps the characters on screen, but at the cost of anything in this world having any stakes at all. Their silly stories about genies and golems just cast a light on how silly the rest of the show has become.

Apparently, a spell that casts a bright light in the mysterious Neitherlands that Quentin and Alice didn’t even know existed is as easy as simultaneous orgasm (I wish I were making this up.) As for resolution: turns out, the solution to the episode’s problems also happens to be the biggest hurdle in their relationship: Alice is too embarrassed to ask for what she wants in bed (which turns out to be Quentin kissing her on the lips, and then lowering his hand below the covers.) Penny finds his way back and gets some pages from a book that’s going to explain the next step in the plot forward to us for no reason.

There were some funny moments: Alice’s parents as hedonistic swingers having a Roman sex party were fun, and the show managed to get a Hamilton reference in. Even when a line does make me laugh, those aspects of The Magicians are like window dressing in a strip mall that went out of business a few weeks ago.

But hey, those kids sure seemed to be having fun up there! 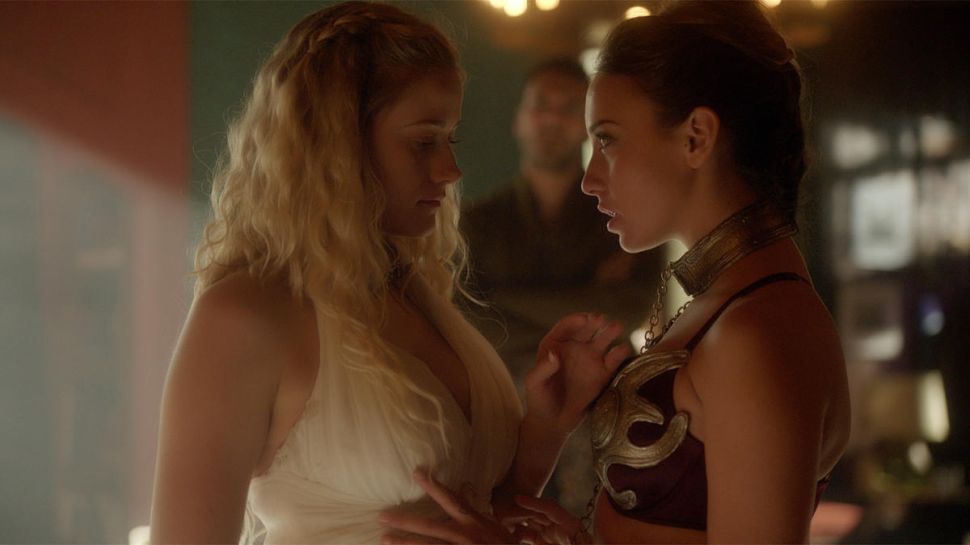 Filed Under: TV, recap, The Magicians