Bookending the Metropolitan Opera’s new production of Donizetti’s Roberto Devereux are visions of the tomb of the opera’s principal character, Queen Elizabeth I. The effigy of the Queen is revealed first during the overture, as the black-draped chorus files by in homage, and returns in the work’s final moments, when the despairing monarch cries, “Where once was my throne, a tomb now stands: it was opened for me.”

This detail of Sir David McVicar’s staging boasts a certain theatrical flair, but, like much else about this Devereux, it makes no real sense in terms of storytelling, or, for that matter, of theme. So half-hearted an attempt at imposing a poetic concept on what is in reality a romantic melodrama would not matter so much if what happened in between the twin tomb scenes were interesting. But it’s not: Mr. McVicar’s production of this opera feels desultory and slack, more like a revival of a decades-old staging than anything new and vital. In retrospect, the emphasis on the funereal feels like a commentary on the production itself, which was dead on arrival.

Sadly, the failure of this Devereux is not at all shocking. Mr. McVicar’s career trajectory at the Met has been consistently downhill since the first opera he directed here, Il Trovatore, in 2009. This staging, revived successfully this season, relocated Verdi’s feverish tale of mistaken identity and revenge from the middle ages to the Peninsular War of the early 19th century, a conflict notorious for horrific atrocities. In this milieu, the unlikely events of the opera, such the Gypsy mother who intends to murder an enemy’s child but actually kills her own son, suddenly seemed plausible.

Perhaps the director’s most remarkable achievement in that Trovatore was his transformation of the soprano Sondra Radvanovsky (in the leading role of Leonora) from an attractive young woman with a loud voice into an intense singing actor, reinvigorating her then-stagnant Met career.

A few seasons later, Mr. McVicar imagined Handel’s Giulio Cesare as a 1920s musical comedy set in an imaginary and preposterously exotic Egypt. This show worked almost as well as the Verdi before it, though some carped at the Madonna-like choreography for the heroine’s final aria.

Mr. McVicar’s next assignment here was the so-called “Tudor trilogy” of Donizetti operas based on the lives of British queens, the last of which is the Devereux currently playing. These stagings have been uniformly joyless and dour, with the only dramatic sparks struck by the personalities of divas Anna Netrebko and Joyce DiDonato as Anne Boleyn and Mary, Queen of Scots respectively. When Ms. Radvanovsky took on these roles in revivals this season, she faded into the surrounding gloom.

The same soprano is Queen Elizabeth in the current Devereux, and whatever magic Mr. McVicar worked on her in Trovatore seems to have lost its mojo. Her Queen, made up like Boris Karloff as The Mummy, indulges in practically nonstop twitching, lurching, stalking and doddering. It’s not a character so much as a cruel caricature of extreme old age, and the Queen’s great last-act double aria of self-recrimination fizzles into inconsequence.

Mr. McVicar’s floundering with these Donizetti operas might be dismissed as a fluke mismatch of artist to material. But his work on two very different operas last season, the verismo one-acts Cavalleria Rusticana and Pagliacci also disappointed, the one piece seemingly under-rehearsed and the other overstuffed with irrelevant sight gags. What’s worse, after five flops in a row, Mr. McVicar continues to win new assignments from the Met: in the 2017-2018 season alone, he’s booked for Bellini’s Norma and Puccini’s Tosca, with Cilea’s Adriana Lecouvreur down the line.

This curious pattern applies to a number of other directors brought to the Met by its current general manager, Peter Gelb. Bartlett Sher, for instance, for all his vast success reviving classic musicals for Broadway, has had only one hit at the Met, Il Barbiere di Siviglia almost a decade ago. Since then, he’s done six generally unsuccessful productions for the company, most recently a confused Otello at the start of the current season, with Roméo et Juliette set for next year.

Or take Tony Award winner Mary Zimmerman, who debuted at the Met with a fussy but workable Lucia di Lammermoor, only to follow it with a disastrous postmodern Sonnambula and a cardboard Armida. She’s back next year for Rusalka. Or what about the sluggish Sir Richard Eyre, whose four-productions career at the Met thus far has been notable only for his gimmick of changing the time periods of the operas seemingly at random. Thankfully, this season’s Manon Lescaut, dragged kicking and screaming into Nazi-occupied Paris, looks to be his final work here.

Perhaps most perplexing is the case of the protean director-playwright Robert Lepage, who created a visually stunning Damnation de Faust for the Met in 2008, only to follow up with perhaps the worst debacle in the history of the company, a hideously expensive staging of Wagner’s Ring cycle that malfunctioned constantly. He’s been back since for Thomas Adès’s The Tempest and he’ll return again next season for Kaija Saariaho’s L’Amour de loin. His cursed Ring is scheduled for revival in 2018-2019, though I’ll believe that when I see it.

To be sure, this “sophomore slump” doesn’t seem to be inevitable. After William Kentridge made an unlikely hit of Shostakovich’s The Nose in 2010, he returned for Berg’s Lulu earlier this season in a production adored by critics and audiences alike. And Patrice Chéreau’s posthumous Elektra, opening at the Met on April 14, promises to outshine even his intense debut work here on Janacek’s From the House of the Dead from 2009.

But for some reason the Met seems slow to re-engage these talents. For instance, Willy Decker, whose bleak 2010 Traviata opened many minds to the challenges of interventionist direction, has never returned. Even so universally acclaimed an artist as Robert Carsen saw more than a decade pass between Met assignments. After Eugene Onegin and Mefistofele back in the 1990s, he had to wait until 2013 for a return engagement with Falstaff. Happily, Der Rosenkavalier is to follow next season.

It’s not like the Met has no access to great directors. Mariusz Trelinski (who created a stunning double bill of Iolanta and Bluebeard’s Castle last year) opens next season with Tristan und Isolde. Word is that Dmitri Tcherniakov (whose Prince Igor in 2014 is one of the jewels of Mr. Gelb’s Met incumbency) has been invited back as well. Future seasons promise Met debuts by such Regietheater A-listers as Calixto Bieito, Stefan Herheim and Damiano Michieletto.

But in the meantime there are less celebrated American directors, people like Kevin Newbury, Thaddeus Strassberger Matthew Ozawa and Elkhanah Pulitzer, who create smart, interesting productions on tight budgets and short timelines all over the place—except the Met. Why not give them a chance?

At any rate, it’s time for Mr. McVicar and his fellow practitioners of Mr. Gelb’s Peter Principle to take a nice long hiatus. When they do, they will win their first enthusiastic ovations from the Met’s audience in years. 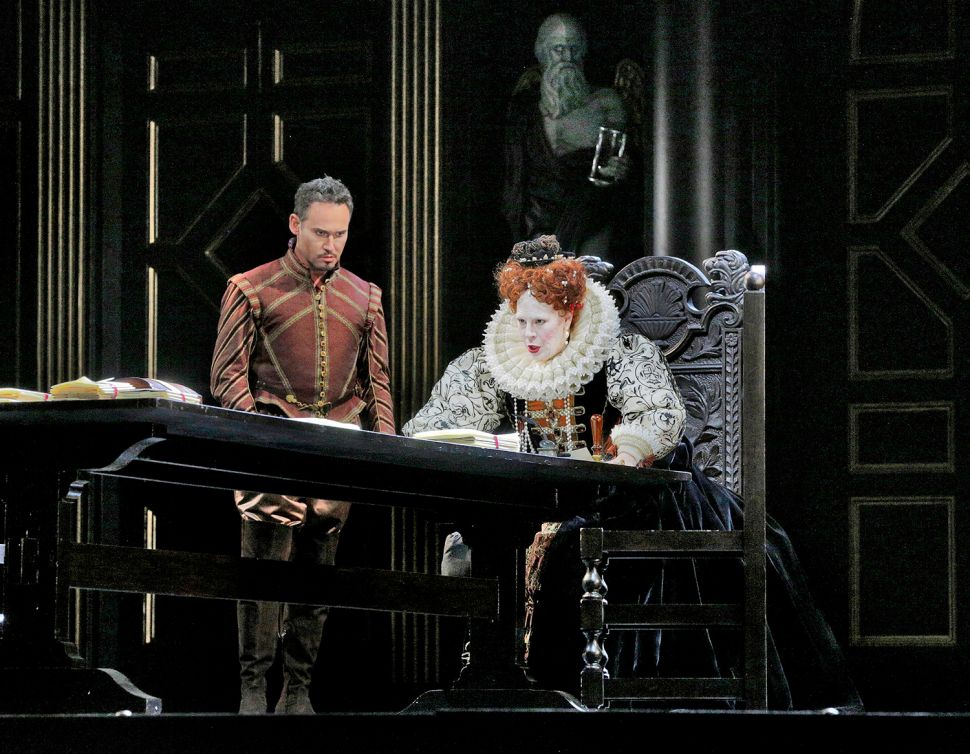