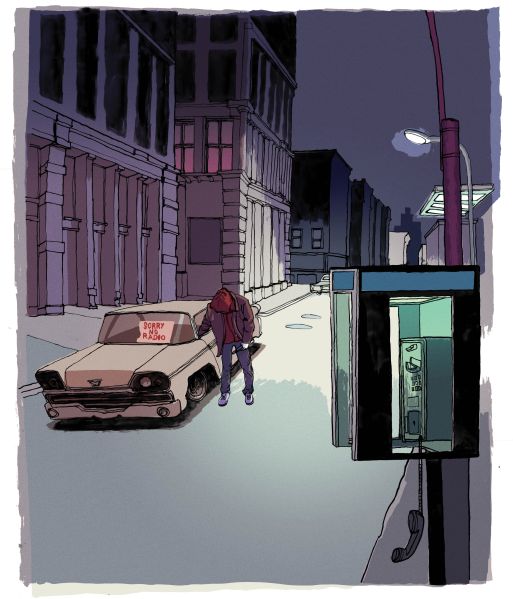 After a lifetime of living and working in New York City, I am now a (happily frequent) visitor, beckoned back by children, a grandchild, friends of decades-long standing and work. The transcontinental distance has provided another kind of distance. More and more, I find myself thinking back to the time I first became an adult here and back to the certainties I formed about what New York would be like throughout my life.

It has been a chastening experience. Many of my core assumptions have been thoroughly upended, to the point where the city where I now live part-time is wholly different from the city of my young adulthood.  And no, this is not a lament for a better time. I do not long for the faux-nostalgia embraced by Burt Lancaster in Atlantic City, who replies to a first-time visitor admiring the ocean, “You should have seen it in the old days.” Much of what has changed, in ways big and small, is clearly for the better. Nor am I grieving for the loss of familiar friends. In my old (and semi-current) neighborhood of the Upper West Side, the slow fade or sudden disappearance of the Tip Toe Inn, H&H bagels and a regiment of movie houses—the Embassy, The New Yorker, The Thalia, the Riverside, the Riviera, the Edison, Loew’s Olympia, the Nemo—is…what happens. (There are plenty of movie theaters, plenty of places to buy bagels and far more places to eat than in my younger days).

I can’t remember a time growing up when crime and the fear of crime were not dominant concerns.

I’m talking about changes that no one would have conceived of and are now part of the life of the city.

For instance: New York as a safe city.

I can’t remember a time growing up when crime and the fear of crime were not dominant concerns. In what are now seen as the placid 1950s, “juvenile delinquency” was an increasingly familiar buzz word. My elementary school principal once convened an urgent assembly to assure us that the “Fordham Baldies”—a mythical group of uptown terrorists—were not in fact planning an assault on our school. In 1959, the murderous exploits of Salvador “Cape Man” Agron dominated tabloid headlines. (“Slew 2 Because ‘I Felt Like It’ Says Cape Man,” was the Daily News’ take.) And it wasn’t just the tabloids. In 1964, The New York Times front-paged the chilling, if not entirely accurate, story of Kitty Genovese, murdered on a quiet Kew Gardens street as—supposedly—38 witnesses stayed silent, not even calling the police. The story entered the bloodstream of New Yorkers; it seemed to crystallize the danger that lurked everywhere.

The fear of crime, to be clear, was not a matter of unjustified paranoia. By the time I joined the Lindsay administration in 1968, the crime rate—in New York and nationally—had doubled and doubled again in the course of the 1960s. That same year, we installed a Fox Lock in our apartment—a metal bolt that sat on a notch in the floor and connected to the door to ward off intruders. (This in a building with a doorman.) “No Radio” signs started emerging in windows of parked cars. Retail stores installed buzzers to screen customers. When friends held a wedding at the Central Park boathouse, escorts were provided to Fifth Avenue and Central Park West; however overcautious this was, it is a measure of the times that it was considered unnerving to let guests make it out of the park on their own. And magazine stories were warning of the coming age of the “super predators,” children of the drug wars and broken homes and ever more powerful weaponry, which would render the cities all but uninhabitable in the years to come.

Often in those days I would look back at the photos of the Depression, when New Yorkers felt safe enough to sleep on their fire escapes or in parks. I’d look up crime figures from post World War II, when New York was the safest big city in America, when there were fewer than 500 homicides a year (by 1991, the figure had topped 2,000). Everyone I shared those images and those statistics with had the same pessimistic response: We will never see those days again.

By the latter half of the 1990s, however, something in New York was changing. I remember talking to a New York cop just after New Year’s; he told me how surprised he was that out-of-towners had come to Times Square for New Year’s Eve, something he couldn’t remember experiencing. You don’t believe in harbingers? Fine, but in 2014 there were 328 homicides in New York City—the lowest rate in more than half a century. Despite year-to-year fluctuations, violent crime in New York has now reached the point where Gotham is again the safest big city in America.

The change reaches down into our underground as well. Look past the headlines about grisly slashings, and here’s the story the numbers tell: Back in 1994, with only 3.5 million riders, we had 23 crimes every day. By 2015, with 5.6 million, the average is six crimes a day.

I’ll leave the arguments about causation to others: the easing of the crack epidemic; better police work; the aging of the population; even (as the authors of Freakonomicsargued controversially) the legalization of abortion. It’s also clear that some of the tactics of the New York Police Department—specifically the “Stop and frisk” policy now drastically reduced by court order and police practices—were not exactly universally embraced. What’s even clearer is that today, New York is a city whose crime rate was unimaginable to those of earlier generations—except as an exercise in fantasy.

While it’s not as dramatic as the fall in crime, the opening up of New York’s waterfront is almost as miraculous. I grew up a block from Riverside Park, that stretch of ball fields, walkways and playgrounds that stretched seven miles north from 72nd Street, but south of the park, the Hudson River was all but inaccessible. Rotting piers blocked the river for endless stretches, while efforts to repurpose those sites were blocked, apparently by interests who believed jet travel was a fad, and that ocean liners would soon take their right place again as chief modes of trans-Atlantic travel.

If you had told me a few decades ago that I would be able to rent a kayak to paddle on the Hudson, or that I could bike along designated pathways from Battery Park almost up to the George Washington Bridge, I would have dismissed those notions as impossible. As for the idea of an 85-acre waterfront park in Brooklyn, reaching 1.3 miles along the East River? You must have been smoking something that we’d never seen.

No, I’m not indifferent to the argument that there’s an elitist tinge to these changes and parks in less affluent neighborhoods have been getting the short end of the stick in many ways. But it still strikes me that the reconnection of the city to its waterfront is something of a miracle.

Other once-unthinkable changes in the city are a lot less heartening. There really were cheap places to live in Manhattan, thanks in part to rent-control laws that, in the words of Mayor Ed Koch, served as “a bribe to the middle class” to keep them from fleeing the city. When I moved back to New York in 1968, my then-wife and I found a two-bedroom apartment on Riverside Drive and 72nd Street for $170 a month (the equivalent of about $1,150 today). If you were willing to live in more “adventurous” neighborhoods—Soho, Tribeca, the East Village, Dumbo—the rents were even more enticing. When I’ve visited the apartments of young colleagues in Brooklyn, I’m struck by how much they’re paying and how little they’re getting, compared with the eminently affordable, spacious apartments my friends and I had when we put down roots here.

Finally: Print as an endangered species has had a profoundly dispiriting impact on my walking life here. Walking has always been my preferred method of transportation, and one of the reasons was the knowledge that you could always count on a bookstore as an oasis. A walk down Fifth Avenue meant you would pass two Double Book Stores, a Rizzoli and—most impressively—Scribner’s on Fifth Avenue and 48th street, with its vaulted two-story interior and its grand staircase. Venture into the theater district, and you might find yourself in the cramped basement space of the Gotham Book Mart with its iconic “Wise Men Fish Here” sign outside.

These days, I can’t take that kind of walk without rewriting Joe Raposo’s famous song about the Polo Grounds and thinking over and over, “There used to be a bookstore here.” 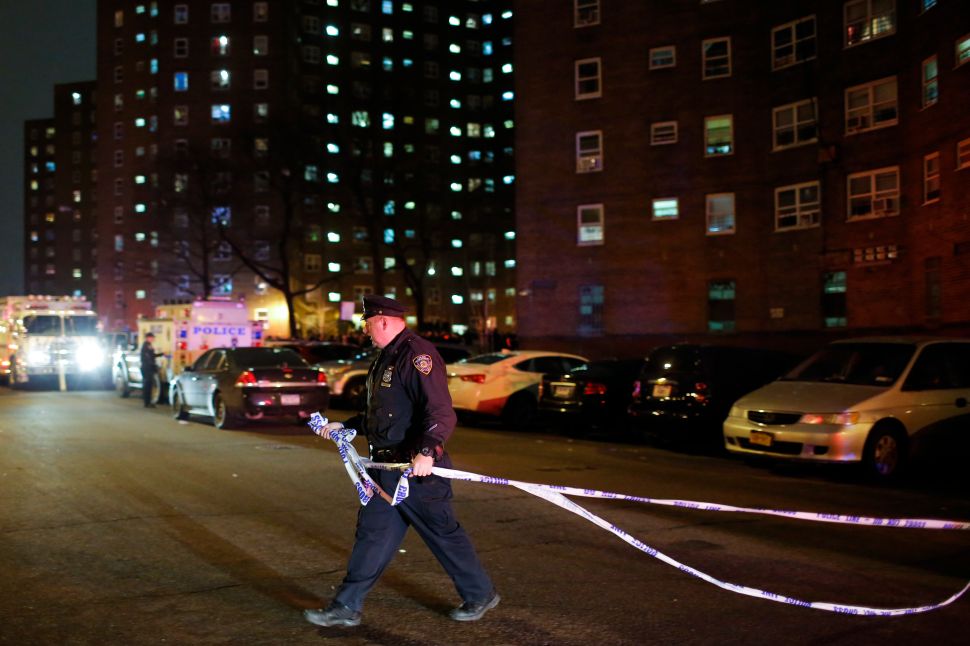