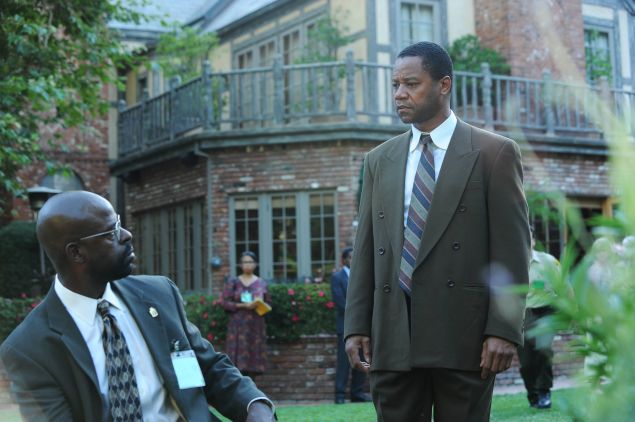 This week’s episode of American Crime Story: The People V. O.J. Simpson starts off ominously enough, with an attempt at humanizing Johnnie Cochran. In flashback to 1982, we see Cochran with his two daughters in the backseat, getting pulled over on Melrose for the offense of driving a nice car while being a black man in Los Angeles.

“What do we say to the police?” He coaches his girls.

“And who talks to the police?”

Still, Cochran is hauled out and cuffed in front of his kids before the officer realizes his mistake.

In this way, The People V. O.J. Simpson makes it first calculated attempt at character contextualization, in a gambit that feels as inauthentic and tactical as Cochran’s approach to the entire case. Johnnie Cochran may very well have been pulled over at some point in his life while his daughters were in the car, just as his dealings with the L.A.P.D. were probably colored, so to speak, during his very messy divorce from his first wife, which she later wrote in a tell-all book involved him physically abusing her.

But why is it important to know that Cochran himself suffered from racial injustice before turning that into the lynchpin in the defense’s case during the O.J. trial? Is it to make him a more complicated, sympathetic character in an episode where his last line in the episode, thrown under his breath to Christopher Darden, is “Nigger please?”

It’s complicated to explain why this opening rankled me. Maybe it seemed too pat or maudlin of a backstory, especially one that seemingly was, if not invented, then inserted unnecessarily to provide character motivation. Do we need to see Marcia Clark trying the case of another murdered wife to understand what motivated her? Do we need to flashback to O.J. and Nicole’s relationship to understand what brought us to this point? The show does best when it reserves it’s contextualizing not to its players but to the landscape at the time: opening the pilot of the series with the Rodney King beatings and riots was powerful imagery; opening an episode with a ten-year-old humiliation of a singular lawyer to explain why he felt justified playing the race card to get his guilty defendant off a murder charge feels manipulative.

It’s almost as if this week’s episode isn’t merely focused on Cochran, but written by his character’s perspective as well. In this, he’s the underdog, the lawyer who worked his way up in a white man’s world, only to feel the boot on his neck time and time again…a reminder that he’ll never be seen as anything more than a black advocate. But it’s hypocritical, to say the least, especially when the experience of his blackness is seen through his taunting of fellow black lawyer (and former self-considered protege) Christopher Darden. In the premiere, his booming “Choose a side!” speech is supposed to appeal to the solidarity in their skin color; this week’s needling only highlights how very, very far apart these two men are in their ethics, values and yes…zip codes.

Ironically, although it may be Cochran who wins this round–when Judge Ito allows the use of the N-word in the courtroom, despite Darden’s appeal that it would only serve to incense the majority black jury (not to mention audiences watching at home)–it’s Darden who we end up sympathizing with. Yes, he was a worse lawyer than Cochran, and yes, he made several fatal errors in the defense’s case, many of which were made because he let the older lawyer get under his skin and cloud his better judgement. But Darden–at least in this show’s retelling–is also the man trying his hardest to get justice for Nicole Simpson and Ron Goldman, despite his reservations about the creepily racist cop at the crime scene or the celebrity status of the defendant.

The Christopher Darden of American Crime Story is a true believer of Justice while still understanding, intrinsically and in a way Marcia Clark never could, the severe problems in its enforcement. He is–for lack of a better term, though few could better underscore the tension at the heart of this case–the defense’s white knight. His reward? Being seen as incompetent and hot-headed at best, a sellout and traitor to his community at worst. It’s not a very far leap of logic to state that Christopher Darden’s blackness was a bigger handicap to his case than the defendant’s, who, after all, was able to boast, “I’m not black! I’m O.J.!” 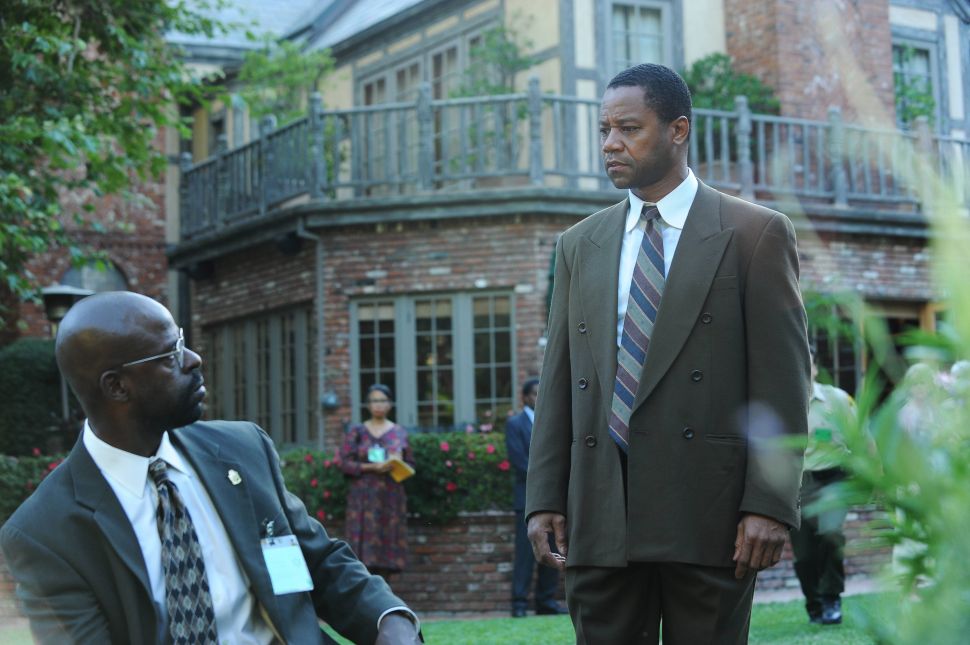