These events aren’t “black swans,” not in that omen metaphor’s use as an ex post facto television talk show excuse: “Right, Matt, yes Megyn. Black Swan! Totally unexpected occurrence. No one, no one, saw this coming. Not even The New York Times!”

Tsk. The Problematic Five aren’t—to employ an apt term—classified info. Their freighted trains of complex causes and dire initial effects have already jumped the rails, though the candidate and media clown cars lined up at the crossing prefer to avert their gaze. For inquiring voters, hard evidence verifying their potent menace takes a search engine and ten minutes. Look at a map, mull disturbing numbers, learn what a Navy carrier strike group does, read a page of U.S. legal code governing the handling of classified information. Presto: 2016’s Problematic Five.

P1: Puerto Rico’s Economic Crisis This could be the most potent of the P5 because it puts Big Debt in American’s face. It also happens on Barack Obama’s watch. The media will ask candidates what they’re going to do about all the suffering—a predicate to spending more money. But we’ll also hear intelligent people ask just how much debt does Uncle Sam bear? If federal, state and local pensions, entitlements and bond debts are included, the debt load may exceed $60 trillion.

The investigation has raised serious questions about Ms. Clinton’s integrity and fitness for high office.

P2: The FBI criminal investigation of former Secretary of State Hillary Clinton’s alleged mishandling of classified national security-related information The investigation has raised serious questions about Ms. Clinton’s integrity and fitness for high office. If the FBI recommends her indictment and/or the indictment of senior aides, then it is decision time for Attorney General Loretta Lynch. Failure to prosecute could seriously undermine morale throughout key defense and intelligence agencies.

P3: Libya 2016 The terror attack on the U.S. consulate in Benghazi, Libya, should have been an issue in the 2012 election. Successful lying by key members of the Obama Administration, to include Ms. Clinton, muted Libya 2012. So did CNN  debate moderator Candy Crowley when she intervened on Obama’s behalf when Mitt Romney raised the issue. Several Clinton emails obtained by investigators confirm she misled the electorate about Benghazi (A P2 TIE-IN). Libya 2016 serves as shorthand for the Obama Administration’s war on the Islamic State in the Levant (ISIL). U.S. forces are back in Iraq. Syria has shattered and Russia is resurrecting the Assad dictatorship.

P4: South China Sea and North Korea A world away from Libya, China’s power is growing and North Korea tests nuclear weapons. China has built and fortified islands in the South China Sea and claims sovereignty over a vast region. Chinese security forces spar with those of the Philippines, a U.S. ally. The U.S. claims the right of freedom of navigation in the region. China objects—your ships need our permission, Beijing says.  A U.S. Navy carrier group is entering the region this week.

Which takes us to:

P5: Mainstream Media Loss of  Clout and Credibility P5 began with the advent of talk radio and the Internet. With proliferating Internet and digital media sources, P5 is in full swing. Mainstream media organizations no longer determine the election’s information agenda. Major media organizations have favored Democrats since WW2, so their loss of clout and credibility hurts the Democratic Party far more than it does Republicans—remember Candy Crowley 2012. P5 has policy implications. Internet transparency and search-ability give individual citizens unfiltered access to what Sen. Charles Schumer had to say in 2007 regarding any Supreme Court appointment by President George W. Bush during his last year in office—Mr. Bush couldn’t make one, not when Democrats controlled the Senate! In 2006, Senator Obama filibustered a Bush high court nominee, Samuel Alito—the first sitting president to have done so as a senator. Spin can’t erase the blatant digital historical record. That record is undermining the Obama Administration’s case for appointing a Supreme Court replacement for deceased Justice Antonin Scalia. 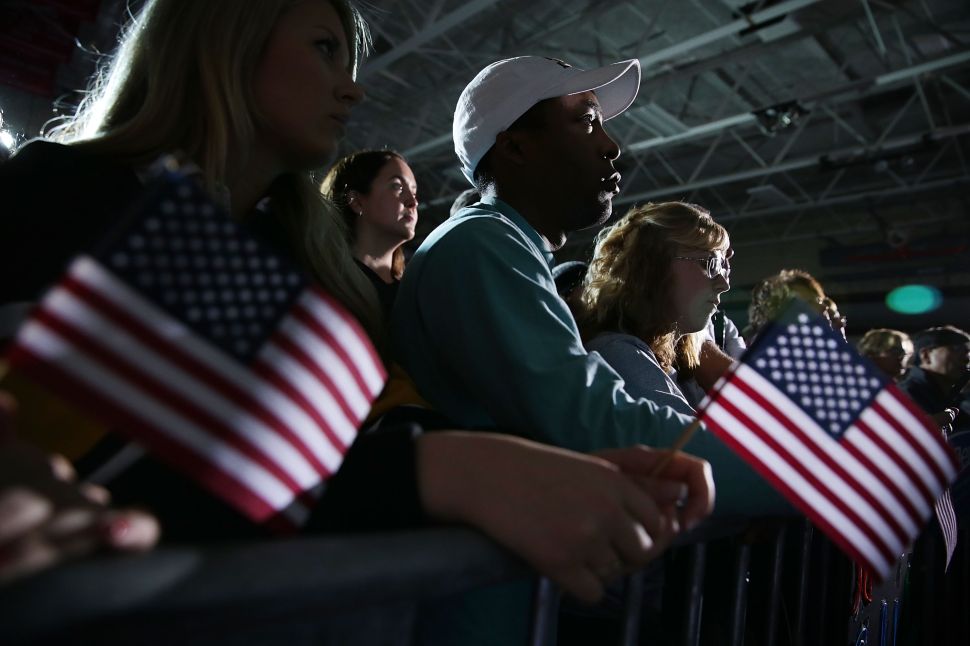