Anything groundbreaking happen in the world’s richest economy last night? Perhaps you were going to pick up the paper for news about the primaries? Don’t worry—The New York Post will get to that on page eight, because the front page is devoted to shaming one single homeless person.

The Post story gets deep background from two anonymous sources with intimate knowledge of the woman’s socioeconomic and mental condition: “a hard hat” and “a doorman.” Then they give the 60-year-old woman’s full name. Nevermind that if we wanted to see shocking images of the homeless in New York City we could literally just not buy The New York Post and instead hold our hands a tabloid-distance apart while we walk around the city.

For reasons that aren’t quite clear—other than maybe some kind of cigar-chomping, Spiderman-style need to draw up controversy—the paper has decided that the city’s homeless problem is a problem with their sworn enemy: Mayor de Blasio.

But the dumbest part of this story—if we’re going to be grownups—is that ignoring homelessness actually costs us $10,000 more per person per year.

Those figures come from Beth Carmody at Breaking Ground, a group which builds and manages great buildings in New York City and beyond. Only instead of the profits going to some big company, the money provides self-sustaining housing to help the chronically homeless, mentally ill and people living with HIV and AIDS a safe place to rebuild their lives.

Those are dollars we spend whether we like it or not. This is not Bernie v. Rubio, this is Economics 101. Do you want to step over homeless people all day? Maybe not. Would you like to spend $40k to do something about it or just hemorrhage more than that by ignoring it? Duh.

Furthermore, The Post’s intrepid reporting of the “hard-hats” building “a new high-rise at 10 Hudson Yards” fails to mention that while projects like this in the city will flourish, affordable housing does not. Weird, since providing for micro-apartments would.

When asked what she thought about the way The Post periodically attacks a single, usually mentally ill homeless person on their quest to embarrass Mayor Bill de Blasio, Ms. Carmody replied: “I’m honestly not that familiar with the front page stories you mention. Obviously, Breaking Ground advocates for homeless individuals to be treated with respect and dignity, no matter what.”

Fair enough. But wouldn’t it be weird if The Post went after a woman collecting recycled bottles in, “20 grocery carts, 14 laundry carts, eight suitcases, two large crates and one dolly” instead of the companies that profit off of many giant ugly buildings that provide zero housing for the “hardhats” and “doormen” they need for these stories? That might put them on the side of the Mayor’s war for affordable housing.

All of this after The Post reportedly unleashed over 16 reporters on one homeless guy on the front page and then did a front page follow up the next day on his arrest. 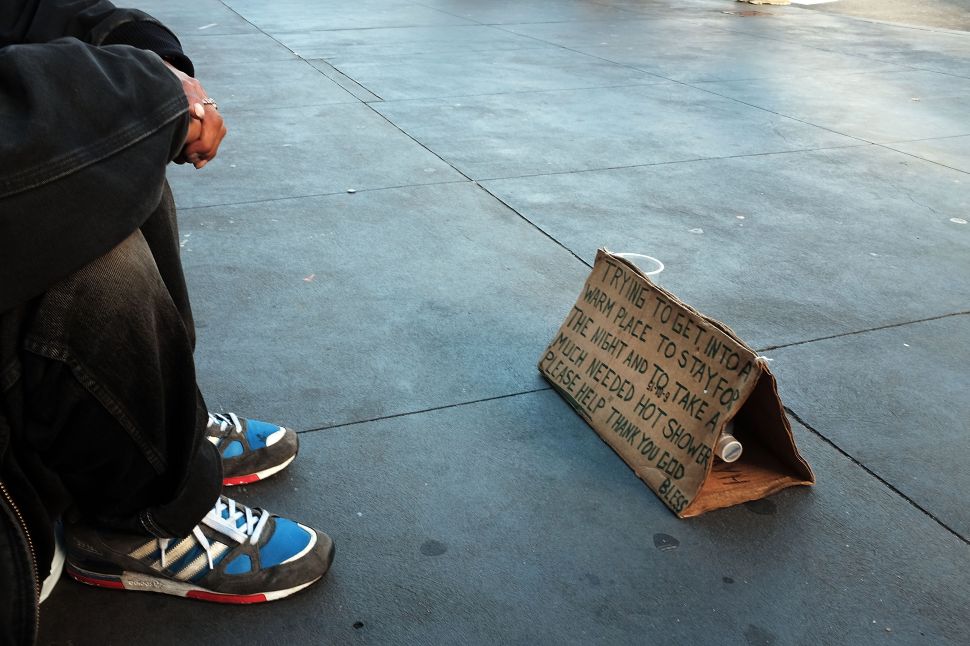