Employing the Van Drew candidate model, the classy young chairman of the Monmouth County Democratic Committee backs a slate of countywide contenders who all have military backgrounds (and Belmar Mayor Matt Doherty). Maybe more importantly, the 2017 gubernatorial candidates fell all over themselves last Saturday morning as they tried to get close to the chairman, proof that the work Gopal has put into his seaside party is paying off in terms of relevance.

The perpetually charged-up Republican senator from western New Jersey was the first elected official in the Trenton universe on board with Donald Trump, who won big this week. Again. Doherty, a potential 2017 candidate for governor, has had all the pieces for a statewide campaign – minus deep cash reserves. Might his sturdy connection to Trump at last pay important dividends?

The chairman of the Assembly Gaming Committee – a longtime front-line advocate – this week celebrated the passage of the legislature’s northern gaming casinos referendum resolution.

The treasurer for the NJ Democratic State Committee has been the point person from the start for the state party’s national efforts on behalf of the Hillary Clinton for prez campaign. Stewart Maer has traveled to multiple states in support of the former U.S. Secretary of State. This week, following Clinton’s drubbing of Bernie Sanders in the Super Tuesday III states, President Barack Obama said it’s time for Democrats to rally around Clinton.

EMILY’s List, the nation’s largest resource for women in politics, nominated the Paterson assemblywoman for the Gabrielle Giffords Rising Star Award. The award honors “an extraordinary woman serving in local or state office.” Five female state representatives and one female county clerk were nominated for this year’s award, according to a statement from EMILY’s List.

An appearance at the state of the city by the John Dos Passos of Hudson County created a flurry of racing pulses among those younger members of the press corps and kept alert and sharp elected officials who came of political age at the knee of the Political Insider. Torres told PolitickerNJ that he plans to do some writing over the coming weeks and months – some longer form projects and reflections. We can’t wait.

AS YET UNKNOWN
Steve Sweeney
The Senate President’s Atlantic City takeover bill passed this week. Limited to five years, Sweeney’s calling it a state “intervention” in Atlantic City, in part to stem the howls of critics who hear the words “state takeover” and immediately consider the failed school experiments in Newark and Paterson. While Sweeney got the win this week, how it plays out for him politically as he runs for governor in 2017 is another matter. It’s an unknown how it will play to voters in those two and other northern cities, where the senate prez needs to gain strength in the months ahead of next June’s primary. The state takeover’s leading critic, state Senator Ronald L. Rice (D-28), has now resoundingly slapped both Fulop and Sweeney for different reasons. Such criticisms suggest that Rice is likely going to end up (if he’s not there already, which he insists he’s not) in the Phil Murphy gubernatorial camp along with longtime Murphy ally state Senator Dick Codey (D-27).
Andre Sayegh
The fins are coming out of the in Paterson, where the possible Quint-like story line of Mayor Jose “Joey Torres (see below) has possible successors surfacing to take advantage. Count Sayegh – the Ward 6 councilman who ran against Torres twice and lost – at the top of that list.
Mike Jackson
The Ward 1 councilman has impressed early in his tenure on the Paterson City Council and could emerge as a Torres alternative if the DPW workers story implodes the sitting mayor.
Alex Mendez
The At-Large Councilman was the top vote-getter when he won his council seat in the 2014 election and remains a viable citywide threat.

Already sapped of political strength by a budget crisis, the mayor of Paterson now faces allegations of misusing city workers for personal work at his home, a story exposed in an NBC special investigative report. This is a nightmare for Torres. Even if he walks through this story, he will have to take considerable time to repair the political damage. Will Sweeney and Fulop continue to travel to Paterson to kiss Torres’s ring? Not bloody likely.

The Governor of New Jersey is on the winning team with Donald Trump for president. But the Oprafied image of Christie in a plush chair interviewing Trump about his presidential intentions while a state trooper was being laid to rest in New Jersey does not serve Christie well. We get it. He’s playing national-sized politics right now and Trump right now appears to able to walk through any headline with impunity. But those New Jersey sources so convinced of Christie front-runner position as the billionaire tycoon’s vice presidential choice have now begun to wobble. If the Trump-Christie roll-out had gone better, one source told PolitickerNJ at this week’s state of the city in Jersey City, he’d be the obvious choice on the strength of loyalty and capacity to ease Trump into the world of the GOP establishment. But the couch episode coupled with the onstage hostage tape don’t stack up to a positive story line at this point. And all of that is before we even begin to consider Christie’s tanked favorability rating in the Garden State.

To some local governing officials, the mayor of Atlantic City has become the Jose Marti of New Jersey politics, mowed down in the lost cause of Atlantic City independence. So there are some iconic implications longer term for Guardian. In the short term, however, he’s toast.

The former shop foreman at the Passaic Valley Sewerage Commission pleaded guilty today to having subordinate employees complete renovations at the home of a former PVSC superintendent while on agency time.

Amid ongoing investigations into lead contamination of the school drinking water supply, a powerful teachers’ union leader in Newark is calling for the resignation of state-appointed Newark Public Schools Superintendent Chris Cerf. In a letter to state Department of Education Commissioner David Hespe, John M Abeigon, president and director of Newark Teachers Union, Local 481, AFT, AFL-CIO, said Cerf admitted knowing there was a health hazard to students and staff yet chose to conceal it from the public.

He knows exactly what he’s doing. 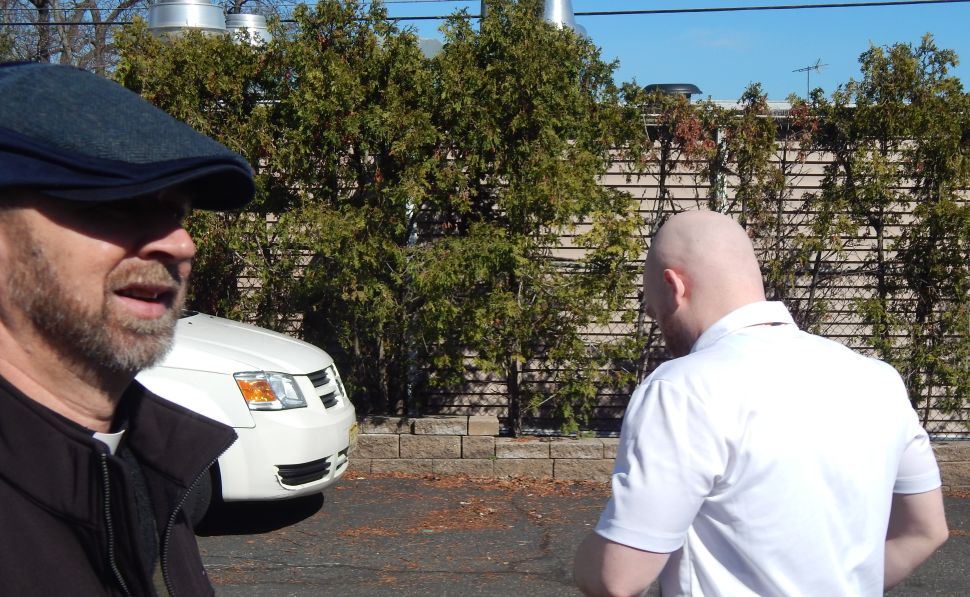