With every new smart device I add to my home, it gets a little dumber.

The thermostats don’t talk to the lights. The security cameras don’t talk to the alarm system, which doesn’t talk to the garage door. The networked speakers talk to each other—but not to the TV sitting a few feet away. Just about every device has its own app for my smartphone, but since none of them work with each other, I’ve got 15 apps controlling 15 functions.

Home automation, the Internet of Things, call it what you will: For consumers, it’s an unholy mess. And every company that thinks it’s the one to bring order out of chaos has so far made the problem worse, not better.

At one point or another, you’ve probably seen some blue-sky video portraying the home of the future. Unlock your front door and the alarm system recognizes it’s you and deactivates itself, the lights come on and music begins to play softly as you fix yourself a drink. Ask your refrigerator for a recipe, and it not only provides it on a screen but analyzes its contents and generates a shopping list, or even goes online to order the missing ingredients.

My personal favorite was the exhibit I visited several years ago at Hewlett-Packard in Silicon Valley. Not only was it stuffed with products the company had already abandoned or killed, but it was housed in a mobile home. Who knew the home of the future was going to be a doublewide?

H-P has long since abandoned the smart-home battlefield, but it has been succeeded by a bewildering array of players and technologies.

With so much attention focused on the smart home, you’d think its future is bright.

Take connectivity, for example. A partial list of the connection standards smart devices use includes not only obvious entries like WiFi and Bluetooth, but also less familiar ones like Zigbee and Z-wave. The latter two, which are used in many smart-home devices like thermostats and light switches, not only don’t talk to your WiFi- and Bluetooth-enabled smartphone, but also don’t talk to each other.

There are entirely plausible reasons why each technology is used in different kinds of devices, having to do with things like power consumption and interference from other devices. But “standards” that compete, and fail to communicate, with each other aren’t really standards at all.

Schemes to address that mess helped spawn a new one, with a proliferation of various hardware hubs intended to bridge all the various technologies and centralize control in a single smartphone app.

But few of these devices have caught on in a meaningful way, since they require an extra outlay of cash—to buy the device—and bring with them their own compatibility complexities.

The parent company of one of the best known, the $89 Wink Hub, filed for Chapter 11 bankruptcy last year; Wink has since been purchased by the contract manufacturer Flextronics. Wink competitor SmartThings, which makes a $99 hub, is now owned by Samsung, which recently announced plans to incorporate the SmartThings technology into its line of smart televisions. Given how lousy most smart TVs are at controlling, say, Netflix, I’m skeptical about how they’ll do controlling the lights.

Meanwhile, Apple, Google and Amazon have lately stepped up their efforts to gain beachheads in the smart-home wars. With the release of iOS 9.0 last year, Apple launched HomeKit, a software scheme that enables compatible devices to communicate with each other and lets the user control them all with Siri, the voice-based assistant found on iPhones, iPads and Apple TVs. A growing list of products already supports HomeKit, including thermostats from Honeywell and Ecobee, lighting from Philips and Lutron and door locks from Schlage.

Not to be outdone, Google—whose parent company also owns the maker of Nest thermostats and smoke alarms and Dropcam video cameras —has announced a HomeKit competitor. It’s called Brillo, and it’s essentially Android for smart-home devices. My guess is it will work about as well with HomeKit as Android phones do with iPhones—which is to say, not at all.

The sneakiest player is Amazon, which clearly has designs on making its Echo voice-activated assistant a hub for the smart home. Through a function Amazon calls “skills,” the Echo already works with a number of connected devices, including both the SmartThings and Wink hubs. Amazon last week addressed one of Echo’s major weaknesses as a smart-home hub — the fact that it stays in one place — by unveiling two new models, one of them battery-powered so it can be moved from room to room.

With so much attention focused on the smart home, you’d think its future is bright. But it feels more like we’re just poised for more confusion and, ultimately, consumer frustration. 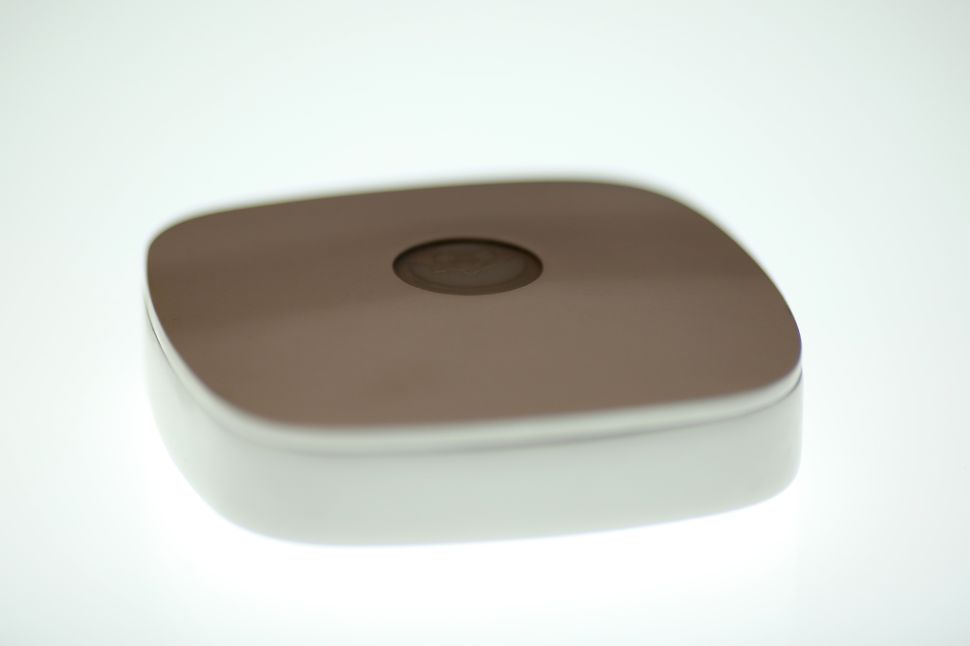