The Democratic and Republican primaries are often talked about as state-by-state contests, though they’re really fights for delegates. Delegate selection is receiving increasingly intense media scrutiny thanks to the possibility of a contested Republican national convention. The Republican front-runner, Donald Trump, is so detested by the establishment that fledgling efforts are underway to stop him in Cleveland, where the GOP holds their convention in July. Hillary Clinton has a healthy lead over Sen. Bernie Sanders in the Democratic primary, though both candidates retain experts on the delegate process.

Though delegates will matter more for the GOP because there’s a chance Mr. Trump won’t capture a majority, 1,237, needed to clinch the nomination, every Democratic state awards delegates on a proportional basis, giving candidates incentives to scrap for delegates just about anywhere. A majority, 2,383, are needed to win. The key difference, beyond the fact that some states in the GOP primary give all their delegates to the winner and Democrats have delegates that can vote however they want at the convention, is that the chances of a contested Democratic convention are nonexistent. If the election becomes closer, however, the fight for small numbers of delegates will become more consequential.

Odds still favor Mr. Trump winning an outright majority in the Republican primary, as Ms. Clinton is projected to do on the other side of the aisle. Still, the three remaining Republican candidates are all gearing up for the possibility of a floor fight in July. If no candidate reaches a majority on the first ballot, many of the delegates pledged to a contender will be freed to vote how they want on subsequent ballots. This means Republican candidates are already scrambling to ensure their delegates, in most cases career party activists, are loyal to them alone.

Here are the delegate experts who may just make or break the next president:

Mr. Berman is the consultant to the Clinton campaign best known for tailoring the delegate strategy that crushed her hopes and dreams eight years ago. As an Obama delegate expert, he repeatedly helped the future president outfox Ms. Clinton in a heated race that lasted the entire primary season. He is best remembered among political junkies for somehow helping Barack Obama escape Nevada with more delegates than Ms. Clinton, despite the initial belief that she had won the crucial early state. With Mr. Berman now on team Clinton, the Sanders camp will not be able to outmaneuver her in the same way. Delegate rules are incredibly arcane and vary state to state. When it comes to knowledge of the delegate process, Mr. Berman may be the Einstein of the niche field.

Mr. Devine is Mr. Sanders’ top strategist and a longtime expert on the delegate selection process. On a conference call Wednesday, he reminded reporters he got his start tracking delegates for President Jimmy Carter in 1980. He performed a similar role with a higher rank on Walter Mondale’s 1984 presidential campaign. He is regarded as a leading Democratic delegate expert, and an able rival to Mr. Berman.

Ohio Gov. John Kasich may have won his home state Tuesday but even he acknowledges he has almost no mathematical chance of securing the majority of delegates before the convention. As the most establishment-friendly candidate with a background and platform built for a general election, Mr. Kasich is hoping to win a convention floor fight, and Mr. Spencer will be his man. Mr. Spencer, a recent hire, will manage delegate strategy, relying on his experience helping President Gerald Ford wrestle the nomination away from a future president, Ronald Reagan, at the 1976 convention.

The former chairman of the Michigan Republican Party is Texas Sen. Ted Cruz’s expert on the delegate process. Mr. Anuzis ran Mr. Cruz’s campaign in Michigan, where he was able to edge out the Ohio governor and finish second to Mr. Trump. A former candidate for chairman of the RNC, Mr. Anuzis is an establishment insider for a campaign that has proudly turned its back on the establishment. Like Mr. Kasich, Mr. Cruz’s best hope to become the next president may be to win a behind-the-scenes delegate fight in Cleveland. He is already starting to make overtures to the insider figures he once shunned. 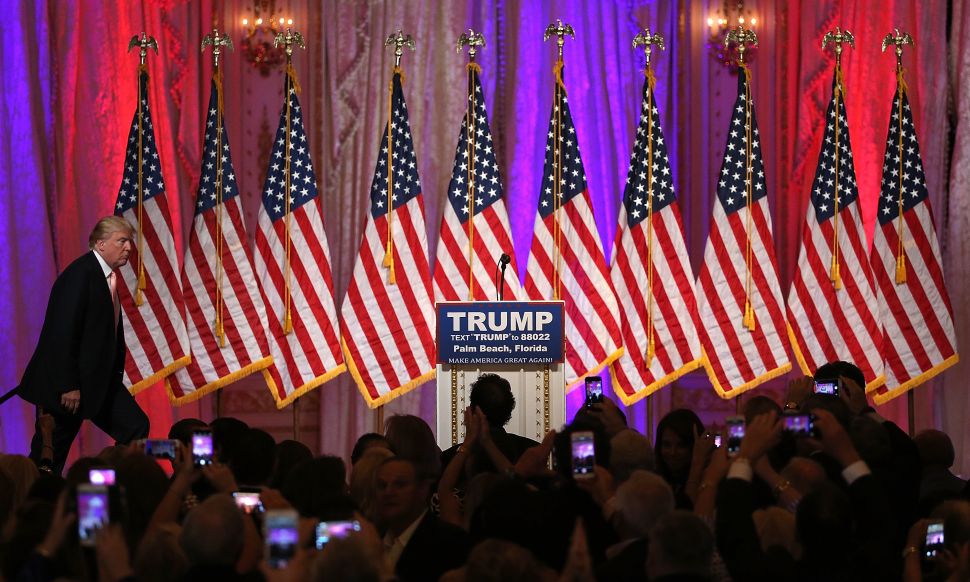