Everyone knows that reducing carbon emissions is hard. Republicans like former presidential candidate Senator Marco Rubio (with little evidence) contend that acting on climate “would be devastating for economy.” Even more reasonable, less apocalyptic opinions on the subject recognize that reducing emissions–particularly fairly quickly–isn’t easy. Why else would it have taken 23 years after the Rio de Janeiro Earth Summit and the creation of the UN’s climate change body in 1992 to get all countries to advance plans to reduce emissions?

We’ve all heard the doom and gloom story. But you might not have heard that for many countries, there is a secret trap door and chute to lower emissions: eliminating fossil fuel subsidies, the goodies and discounts that governments worldwide dole out to the oil, gas, coal, and petroleum fuels value chain, and especially to consumers. And the best part: eliminating subsidies, 1and even raising fossil fuel taxes, might not even raise costs much if at all for consumers.

One recent study estimated that removing fossil fuel subsidies in the heavily subsidizing countries could reduce their emissions 11 percent by 2020.

Fossil fuel subsidies? Small potatoes, you argue? Actually, fossil fuel subsidies amount to roughly $550 billion per year worldwide, according to the International Energy Agency (IEA) in 2013 (definitions of subsidies vary, so the math can get tricky). And that’s not counting the unpaid damage from carbon dioxide on the climate and exhaust fumes on our health; when these and other related “external” costs rolled in, one group of researchers from the IMF last year found that subsidies total $5.3 trillion – that’s trillion with a ‘t’ – per year, or roughly 6 percent of global economic output. And even those numbers don’t capture everything, like some post-tax subsidies, i.e., tax breaks and low royalties charged to producers who extract fossil fuels (estimated at $100 billion per year worldwide, and which are popular in the U.S.). Nor does it cover the cost of providing military muscle to defend oil-producing countries and shipping lanes.

Why do governments provide fossil fuel subsidies at all? When governments reduce the price of fossil fuels, whether for producers or consumers, it ultimately makes them easier to come by and cheaper for the consumers. At first this seemed like a good idea, because cheap energy helps the poor and the middle class. The problem is that unrealistically cheap fossil fuels lead to waste and bad habits. And, as with most goods, the cheaper they are, the more of them you consume – and the harder it is to conserve and switch to alternatives.

Just as a drug pusher will give you your first hit for free, fossil fuel consumers rapidly adjust to below-market prices thanks to government largesse. When the subsidies grow over time as international market prices for fossil fuels rise, governments are stuck struggling to keep domestic fuel prices low. A survey of developing countries indicated that fossil fuel subsidies gobble up as much as 5 percent of GDP and between 25 and 30 percent of government revenues. This money could be spent much more effectively on other government priorities, or by lowering taxes.

But it turns out delivering on promises to remove fossil fuel subsidies is not easy. It’s often the middle class that gets hit first and hardest when fuel prices rise. Many countries, particularly in the developing world, have been hit by waves of protests when governments have eliminated or rolled back subsidies, as in Nigeria and Indonesia in 2012. In many cases, governments have beaten a hasty retreat and re-imposed fuel subsidies in the face of political pressure and public unrest.

There is good news, however. Climate action pledges are helping to generate political will to tackle the issue. Among the 187 countries covered by submitted national action plans at the December climate summit in Paris, a number include explicit pledges to reduce fossil fuel subsidies, including India, Vietnam, and Ethiopia.

Second of all, oil prices are currently low, which is driving new efforts to reduce subsidies. Low oil prices are ideal for policy reform for two reasons. In all countries, fuel prices have less room to rise to international rates when oil is cheap. The limited pain inflicted on consumers makes it politically easier for governments to remove subsidies. The other side of the coin is for oil- and gas-producing countries. These countries represent the lion’s share of global fossil fuel subsidies because they don’t have the pay for imports; they just keep their domestic production for local use, and distribute it ultra-cheap to citizens. This is why the ten largest subsidizers in the world are almost all major producers: Iran, Saudi Arabia, India, Venezuela, Russia, Iraq, China, Egypt, Indonesia, and Mexico.

The elephant in the room, from the climate standpoint, is not only eliminating subsidies, but actively pricing carbon in fossil fuels and other greenhouse gases.

Now that oil prices have crashed, these producing countries are in a world of hurt: their economies are cratering, and government balance sheets are imploding. So, subsidy reform is accelerating in many of these countries for largely fiscal reasons.

In 2013 and 2014, more than 30 countries took action to reduce their fossil fuel subsidies. Among the big ones, India, Indonesia, Malaysia, and Thailand have all taken major steps to reduce subsidies since 2014.

But there’s a very long way to go. A new study finds that in 2013-14, the G20 countries are still responsible for a staggering $452 billion in annual production and consumption subsidies. Quibble with the exact number if you like, but not the overall picture. We in the U.S. have plenty to address ourselves: over $20 billion in annual subsidies to fossil fuel producers. The Obama administration has recently begun to chip away at this around the edges, halting new coal extraction leases on federal lands and proposing a $10 per barrel tax on oil.

The elephant in the room, from the climate standpoint, is not only eliminating subsidies, but actively pricing carbon in fossil fuels and other greenhouse gases. Roughly three dozen countries do this, as do California and nine U.S. states in the Northeast. None has seen its economy tank as a result; most have flourished, while those that haven’t can hardly show the carbon price is to blame. In fact, raising prices on fossil fuels by removing subsidies and imposing taxes, as most European countries have done, can actually be good for consumers: rising prices lowers demand, which over time helps push prices back down. Furthermore, higher prices condition consumers to seek alternatives so that they are less vulnerable when price spikes hit. Ask the Europeans how much harder their lives were when oil was $100 per barrel of oil than now, with cheap oil. Answer: not much.

The climate, health, economic, and fiscal benefits of raising prices on fossil fuels are clear. It’s just the political side we have to take care of. So what are we waiting for? 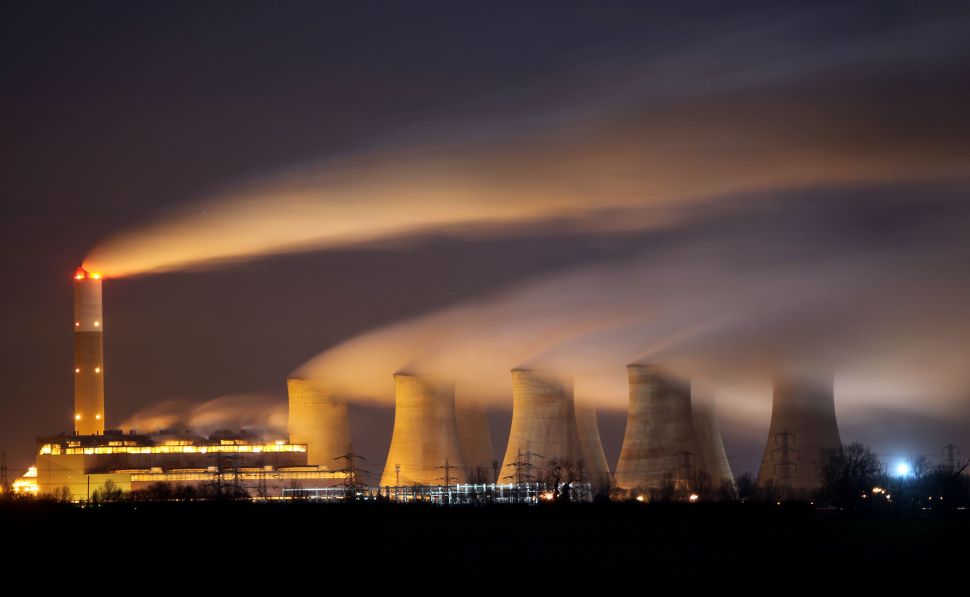