If you were in New York last weekend, you may have seen the 20,000 runners taking part in the United Airlines 2016 NYC Half-Marathon. The 13.1 mile course snaked its way through Central Park, down the West Side Highway, and finished off on Wall Street. The epic New York City Marathon not withstanding, the next big running event will take place in Brooklyn, where the Airbnb Brooklyn Half-Marathon will unfold on May 21st.

Now, Mile High Run Club is launching an easy way to train for these physical feats with a program designed by Olympian runner, John Henwood. The complex program spans 12-16 weeks, and integrates several types of run and periodization to reach peak physical fitness at race time. “It’s not a cookie cutter plan,” Mile High Run Club founder Debora Warner said during a recent visit to her NoHo studio. “Our coaches customize for each runner by pace and race goals, but yes it’s for all levels. Several of our outdoor and indoor runners who trained for the New York City Half with us all hit personal records. A women just came out of my distance class tonight who passed her personal record by 4 minutes on Sunday!”

The workout has already developed a cult following of models and bankers since it was started by Ms. Warner in 2011. “I’ve been an athlete since I swam competitively in high school and have been running for over 20 years and racing for about 10 years,” a toned Ms. Warner said. “My roots are actually in swimming and Olympic distance triathlon.”

There is no average class, even for those not training for a marathon. Taking a page from the play books of Soul Cycle and Barry’s Bootcamp, MHRC class consists of a combination of hills and speed intervals led by a charismatic running coach, energizing lights, and an upbeat playlist.  Programs range from special outdoor runs in Manhattan, to group weekend destination runs outside of the city . “The goal of each class is intensity, not distance, with an emphasis on proper running form,” Ms. Warner said. “It’s speed training, which really is the only way to get faster and build endurance.” 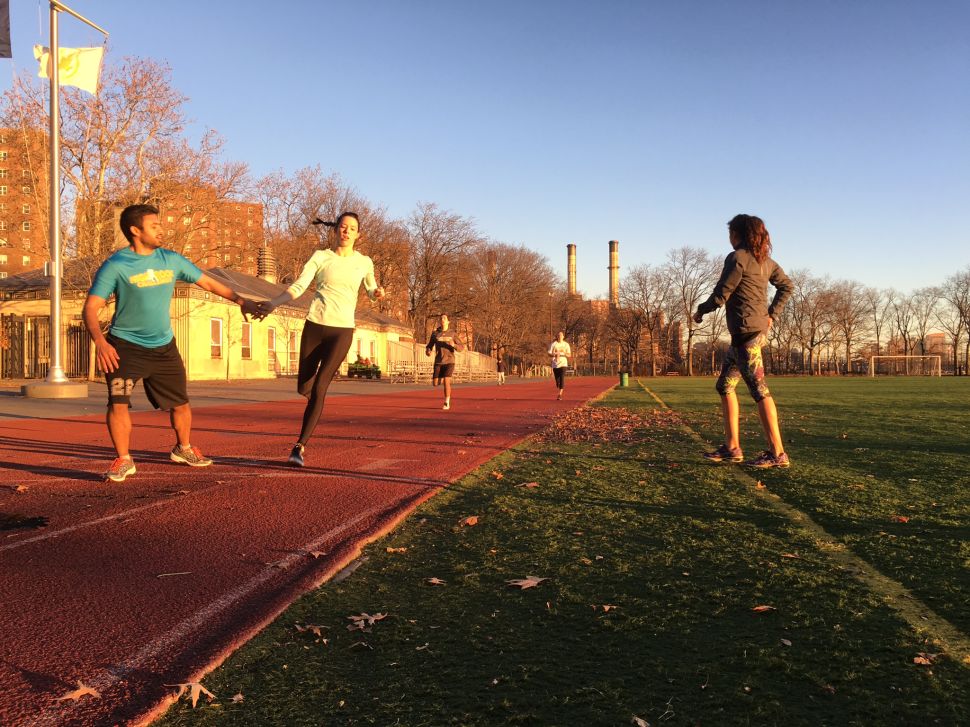