March 14 is Pi Day. Pi, which represents the ratio of a circle’s circumference to its diameter, begins with the digits 3.14, so Pi Day is observed on 3/14. The first Pi Day celebration was held in 1988 at the San Francisco Exploratorium—math enthusiasts marched around the museum in a circle and then ate pies. Numbers nerds around the country have since gotten in on the fun—MIT mails out its acceptance letters on Pi Day, and Princeton, New Jersey combines its Pi Day celebration with a birthday party for longtime resident Albert Einstein (who was born on March 14). In 2009, the U.S. House of Representatives passed a non-binding resolution recognizing Pi Day and the importance of studying mathematics.

March 15, 1985: Symbolics.com became the first domain name registered on the Internet. Symbolics was a computer and software manufacturer which did regular maintenance work for the Department of Defense’s “Star Wars” missile defense program in the 1980s and 1990s. While the company is no longer in existence, its domain name was purchased by Aron Meystedt, owner and president of domain registration site XF, in 2009. Mr. Meystedt currently maintains the site, and it is still live today, making it the oldest registered domain name out of approximately 275 million Internet domain names in existence.

March 17, 1968: Six thousand sheep were killed at ranches near a U.S. Army nuclear testing site in Dugway, Utah, in what became known as the Dugway Sheep Incident. The Army tested biological and chemical weapons, including anthrax, at Dugway. During one test a jet aircraft sprayed a nerve agent called VX on an area where many sheep grazed—the chemical wafted out in a trail behind the aircraft and drifted into the area where the sheep gathered. Most of the exposed sheep were killed right away, and even those that weren’t were eventually euthanized. An investigation found “incontrovertible” evidence that the VX had caused the sheep kill, so the Army paid the ranchers for their losses. This incident among others led the U.S. government to renounce biological weapons.

March 20, 1995: A chemical attack on the Tokyo subway killed 12 people and injured 50. The attack, which used an impure form of sarin gas (which is classified as a chemical weapon), also caused vision problems for nearly 1,000 commuters. The sarin was contained in plastic bags wrapped in newspaper—the perpetrators punctured the bags with umbrellas and dropped them on the subway floor at prearranged stations so the chemical could spread through the subway car as the men escaped. The Subway Sarin Incident (as it was called in the Japanese media) was carried out by members of the terrorist doomsday cult Aum Shinrikyo—group leadership was tipped off about planned police raids of cult facilities, and they plotted the attack as a way to divert attention from the group. This act of domestic terrorism was and is the most serious attack to occur in Japan since the end of World War II. 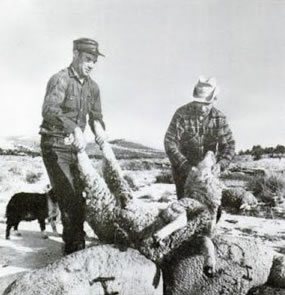