Bergen Democrats will consider four candidates for three freeholder seats at their convention scheduled for this Thursday.

The party organization is circulating a letter of support – already signed by 50 municipal chairs – for three of the four candidates.

They are Mary Amoroso (pictured), a Mahwah Councilwoman and former Bergen Record Trenton Bureau Chief (and the wife of TV personality James McQueeny); Germaine Ortiz of Emerson, a trustee at Bergen County Community College; and incumbent Freeholder Tom Sullivan, who last year ran for Jim Tedesco’s vacant seat to fill an unexpired term and now is running for the full, three-year term.

A fourth candidate, Tenafly Councilman Mark Zinna, will not have the support of the 50 municipal chairs.

The other countywide candidates this year – Surrogate Michael Dressler, Clerk John Hogan, and Sheriff Michael Saudino – are all running unopposed in the Democratic Pre-Primary. 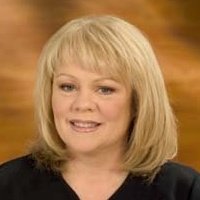