Welcome to our TV Fashion column, where TV Ate My Wardrobe‘s Emma Fraser discusses the trends in television apparel. This week: Tightly-wound haircuts for tightly-wound characters.

Marcia Clark walked into court post haircut on last week’s episode of American Crime Story with such a confident swagger that it made the subsequent reaction of mock horror, confusion and jokes all the more crushing. As we saw in “Marcia, Marcia, Marcia” the debate about her look and “bitch or babe” status was as much a talking point as the actual details of the trial; adding fuel to the new ‘soap’ that had replaced regular scheduled daytime programming.

The obsession over her style choices is examined in this episode and her change in hair style comes after comments such as “frump incarnate” and “this is not a look, this is a cry for help.” And things only get worse when the haircut happens with tabloid front page headlines practically screaming “Marcia Hair Verdict: Guilty,” “Hair-Raising Salon Disaster,” and “CURLS OF HORROR.” Not the thing you want to be seeing when doing your weekly shop.

As with a lot of this case the whole thing is entirely mismanaged and certain factors are ignored for too long including aspects that appear trivial such as how much weight will be placed on something like image of the prosecution. Yes the facts of the case should matter the most, but the optics and presentation of the lawyers are going to get picked apart and leave an impression that will stick and become shorthand for ineptitude.

That was 1995 and a haircut four years later dominated headlines in a very different way when Keri Russell chopped it all off at the start of Felicity’s second season; it makes more sense for this conversation to take place in this industry even if the reaction was an extreme one. So the legend goes of many pop culture references that when Felicity cut her hair the ratings dropped, which is actually kind of true, but a change of night and time – moving from Wednesday at 9 to Sunday at 8 – could also be very much to blame for this decline in numbers. After all Sunday evening is probably peak homework time and this was back before the many ways we can watch TV now; for the target Felicity demo this change in night was probably a big contributing factor.

Changing time slot sounds far less dramatic than a haircut and this way it moves the blame from the executives onto the creative team who went ahead and cut off Keri Russell’s famous curls. Reportedly the idea came after Russell sent a photo where it appeared she had cut off her locks over the summer break, but actually it was the kind of wig she has now come accustomed to wearing.  Collectively they thought it would make for a great post breakup reaction and combined with Felicity’s impulsive behavior it made a lot of sense; I am always here for a dramatic long to short hair endeavor and I love this storyline.

What this moment did was become the ‘face’ of a ratings decline with other factors from scheduling to storylines getting ignored as the actual cause. Perhaps people were pissed that the big ‘who did Felicity choose?’ reveal ended in a break up quickly after the show returned for season 2. But going from “that glorious head of voluminous golden backlit hair” (thanks New York Times for that description) to this super short (and cute) pixie cut is a much more interesting narrative and one that is now synonymous with ‘ruining’ a show.

Haircuts have a lot of power and if pop culture references are anything to go by then Keri Russell’s hair has the power to make or break a show. It’s not just pop culture that has made this so and WB executives were toeing this line back in 2000 at the winter TCA session with WB Entertainment president Susanne Daniels suggesting that “Looking back on it, Keri Russell as Felicity was becoming an icon in television culture, and part of the icon was her hair” and “when they cut the hair off, and I couldn’t foresee this, then you diluted that image. You diluted that icon.” Never cut iconic hair is the message here.

And in backing up their theory the ratings did rise when Russell’s hair started to grow, but they also moved Felicity back into a mid-week slot (Wednesday at 9) similar to the one it originally aired in and while it was going up against The West Wing the core audience demographic was different. In relation to this ratings increase JJ Abrams commented at the time “People revolted against the look and the show. She’s so gorgeous, we thought, ‘Who cares how long her hair is?’ The answer came back pretty quickly. Frankly, we thought of extensions and all sorts of things. Finally it’s growing back.” With regards to extensions or a wig, Keri Russell reportedly rejected the idea (maybe she could foresee her wig heavy future and The Americans returns this week) and I’m glad she did because ditching that awkward growing your hair out stage would have been very un-Felicity like and to me that matters more than her epic head of curls.

The cast of Felicity covered the recent Entertainment Weekly reunions issue and of course the controversial hair moment came up with Keri Russell semi-joking that the hair conversation is never behind her and I can’t think of another TV haircut other than maybe the ‘Rachel’ that made an impact this big. One of the best things about the Felicity hair moment (other than how much it makes sense for this character to do this) is how unsafe this decision was to actually go ahead and really chop her hair off.

Now TV hairstyles tend to be pretty generic and as Julia Rubin’s Racked article points out “everyone (well, everywoman) on TV has the same damn hair. The same straight-up-top, loose-curls-on-bottom hair.” And this is not the kind of hair which is easily replicated at home without access to hair stylists. This is part of the Felicity charm and we need more shows to take the step out of the safe hair zone.

Back to American Crime Story and with Marcia we see a disaster of a haircut play out on a huge national stage; a celebrity soaked stage that she is not prepared to stand on outside of the lawyering that is taking place. We end “Marcia, Marcia, Marcia” with a devastating public and then private breakdown and her inexperience with dealing with this level of exposure regarding every part of her life and appearance “I’m not a public personality. This isn’t what I do.” And that haircut is memorable for all the wrong reasons (including the fact that her hair should not be under the same scrutiny as how effective she is at her job).

In fact my memories of the OJ trial are pretty hazy as I was quite young when it took place, but I do remember that hair and that it is synonymous with the prosecution who lost the case. So when Tina Fey had a similar look in The Unbreakable Kimmy Schmidt I didn’t even have to hear that her character was called Marcia Clark to know that Clark was the inspiration. With Kroll Show’s hapless lawyer Ruth Diamond Phillips (the amazing Jenny Slate) has the longer curls of Clark’s infamous perm and coupled with the big murder trial for Doctor Armond and the later makeover sketch featuring Chelsea Peretti’s Farley there is a whole lot of referencing to a case from 20 years ago.
[youtube https://www.youtube.com/watch?v=TwYbRXC7EK4]

Those tight curls of that perm from the long and short of it when combined with a lawyer instantly reads Marcia Clark and it is only now through Sarah Paulson’s portrayal on American Crime Story and recent interviews with the actual Marcia Clark that we are seeing layers way beyond this longstanding perception of her skills and who she was back then.

So while Marcia Clark’s hair is code for a lawyer with a bad sense of style and someone who is out of her depth, the big Felicity cut is shorthand for show ruining. A show which ran for two more seasons after this infamous pixie cut took place. I only watched Felicity for the first time relatively recently, but top of the list of things I knew about the show was that Keri Russell chopped her hair off and the ratings went down (other things on this list was that there was a Noel and a Ben, a Twilight Zone themed episode and somehow time travel would occur). The reality is a lot more nuanced than that, but adding all those caveats is not good for a quick pop culture reference so what we end up with is a skewed perception of what actually happened. One equals how to lose a slam dunk case and the other is an instant way to losing viewers except when you look a little closer it is far from that simple. 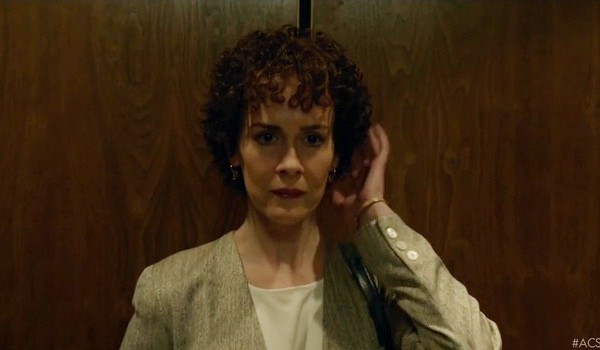