The Stephen Petronio Company will be performing Bloodlines at this gala evening. The ballet is inspired by masters like Trisha Brown, and will feature the premiere of Petronio’s “talking dance,” Big Daddy Deluxe. The honorees at the gala will be Richard E. Feldman, president of the SHS Foundation, and Dianne Madden, associate artistic director of the Trisha Brown Dance Company. The Joyce Theater, 175 Eighth Avenue, 7:30 p.m., 212-473-1660

If you see someone heading down the street in a white Saturday Night Fever leisure suit, don’t worry, you have not been transported back to the 1980s, they’re probably headed to the Frick Young Fellows Ball. The theme is “Palladium Nights,” celebrating the last days of disco, and Carolina Herrera will serve as host. The Frick Collection, 1 East 70th Street, invitation only, $350-$550

Harvard’s Hasty Pudding Institute is putting on That 1770’s Show tonight. It promises to be a hilarious, fresh take on the American Revolution—and look, you can’t get Hamilton tickets anyway, so this will have to suffice. Kaye Playhouse, 695 Park Avenue, 8 p.m., $40

I take it by now we’ve all seen the video where row after row of men at the Academy Awards scoffed and refused to clap as Jenny Beavan, the costume designer for Mad Max, accepted her award in a cool leather jacket and pants rather than a gown. Which is weird, because you would think they’d have seen a sufficient number of gowns already that evening. There were probably at least a few hundred gowns at the Academy Awards, but, well, I guess that was not enough to handle one woman wearing a leather jacket with Immortan Joe’s face on the back. How many gowns do you think would it take to satisfy those guys? How about a Night of One Thousand Gowns? The LGBTQ fundraiser gala features an extremely fabulous black-tie dinner, dance and coronation ball. This year, the funds will be going toward the ICNY Youth scholarship to be awarded to LGBTQ youth. And if you do decide to show up in a leather jacket, I bet no one will be awful about it. Marriott Marquis Broadway Ballroom, 1535 Broadway, 6 p.m., $450

It’s time once again for the Annual Sunday Supper at Daniel. Hosted by Daniel Boulud to help benefit Citymeals on Wheels, the event is themed “Black Tie and Blue Jeans,” which I guess means some kind of rock star attire, or cocktail wear, maybe? Citymeals Board co-president Robert S. Grimes will be honored at the dinner for his 25 years of commitment to getting meals to the homebound. There will be both live and silent auctions where the 150 attendees can win some spectacular dining and travel experiences. The wines for the evening will be selected by Daniel’s head sommelier, Raj Vaidya, and Daniel Johnnes, wine director for Dinex Group. And, if you spring for a table for 10, you’ll get a magnum of champagne to take home with you (though that is $5,000, so there might be less expensive ways to get a magnum of champagne). Daniel, 60 East 65 Street, cocktails at 5:30 p.m., dinner at 6:30 p.m., $1,500

Mary Louise Parker, John Ridley, Andy Ward and a bunch of other big names want to invite you to partake in a Last Cocktail with former Esquire editor David Granger. You know what, we’ll make it a double. Porchlight, 271 11th Avenue, 6-9 p.m., invitation only

Perhaps, a month after Valentine’s Day, you are realizing relationships are not all they’re cracked up to be. If so, you’ll want to see Wendy Paris and Abby Ellin talk about Ms. Paris’ book Splitopia: Dispatches from Today’s Good Divorce and How to Split Well. The book promises that even though divorce may be tough, it doesn’t have to be terrible. BookCulture, 536 West 112th Street, 7 p.m., open to the public

HELP USA, a housing and homeless services organization, is hosting a luncheon to benefit survivors of domestic violence as well as honor the HELP USA Scholarship Award winners. You can help all of these people have a better life, and have a nice lunch in the process. The Plaza Hotel, 768 Fifth Avenue, 11:30 a.m., $500 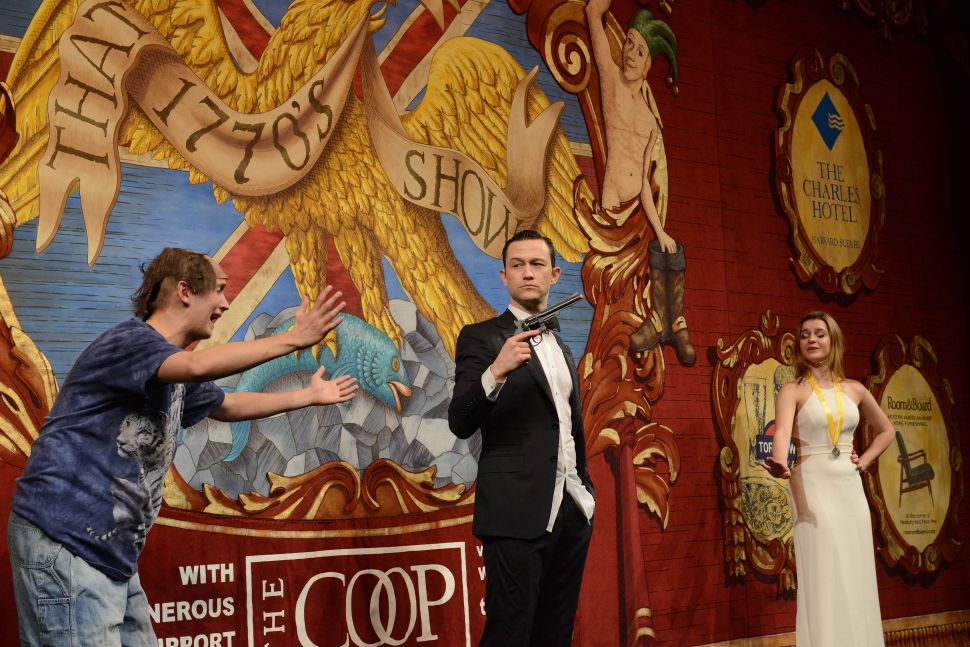