If you dream of sending your kids off to Harrow, you’ll be happy to know British designer Ben Sherman is introducing a kid’s line, and the preview is today. I see a lot of little blue blazers with gold buttons in your children’s futures. Ben Sherman Showroom, 1071 Avenue of the Americas, 10th floor, 9 a.m. to 6 p.m., invitation only

“Lean in and eat pastries” feels like it should be a viable replacement for “Keep calm and carry on.” Start living it today at the Women’s Entrepreneurship Breakfast hosted by Wendy Diamond. The honorary guest Andrea Jung, president and CEO of Grameen America, will be speaking. Core Club, 66 East 55th Street, 8-9:30 a.m., $100

Love TED Talks? You’ll fit right in at Nerd Nite NYC. The lecture series that covers everything from the history of Monopoly to the future of robots is turning 10. In celebration, tonight they’ll be presenting five of the best presentations from the past 10 years. Expect talks on topics ranging from “Human Parasites” to “How to Manipulate People’s Perceptions of Physical Attractiveness.” Le Poisson Rouge, 158 Bleecker Street, 7 p.m., $15

Look, if you ever wanted to be a ballerina growing up, it was probably because of two things. The first was because of reading Angelina Ballerina absolutely incessantly. (In addition to appreciating ballet, that has likely also given you a lifelong fond feeling for mice.) The second was Edgar Degas paintings. Now, as the Degas exhibition goes on display at the Museum of Modern Art you can learn that the painter created art that did not feature ballerinas. The exhibition focuses on his monotype prints, and the subjects range “from dancers in motion to the radiance of electric light, from women in intimate settings to meteorological effects in nature.” There will be 120 rarely seen monotypes in the exhibition, as well as 50 other paintings. The Museum of Modern Art promises that it will “show Degas at his most modern, capturing the spirit of urban life; depicting the body in new and daring ways; liberating mark-making from tradition; and boldly engaging the possibilities of abstraction.” Museum of Modern Art Floor 6, 11 West 53rd Street, 10:30 a.m. to 5:30 p.m., $25

Easter egg hunts are not just for kids because they are great. Especially because as an adult you’re going to be able to outrun them and their tiny little legs. You’ll want to take advantage of that at Eggtastic: Easter Sunday Fundraiser. The proceeds from the dance party will go to breast cancer surgery and will feature a host of fantastic female DJs like Miss Sabado, REsy, Anna Morgan and HardCandy. There will also be raffles, an Easter bunny and, of course, an egg hunt with prizes. There’s also a brunch in case you want more than just chocolate bunnies and Cadbury Creme Eggs. Because, you know, you are an adult. An adult enthusiastically and passionately participating in a very high stakes Easter egg hunt. For a cause! You’re doing it for a cause, so get out there and beat those little kids! House of Yes, 2 Wyckoff Avenue, 1-7 p.m., $13.52-$109

Typical burgers just a little too lowbrow for you? You’re crazy, but you’re going to love the James Beard Foundation’s Blended Burger Project kickoff celebration. Special guest chef Hugh Acheson will be presenting his version of a “blended burger” which is to say, one with finely chopped mushrooms blended with meat for a superior flavor. James Beard House, 167 West 12th Street, 6:30-8:30 p.m., invitation only

Want to learn all about computer programming? What about computer programming in the 1840s? If so you’ll want to stop by tonight’s lecture with Walter Isaacson, the author of The Innovators: How a Group of Hackers, Geniuses, and Geeks Created the Digital Revolution. The Robert H. Smith Auditorium at the New-York Historical Society, 170 Central Park West, 6:30 p.m., $44

The Affordable Art Fair kicks off tonight with a private viewing. There will be more than 500 artists’ works on display, which means you’re going to get some wall hangings for your apartment cooler than the old concert posters you’ve been keeping around. Metropolitan Pavilion, 125 West 18th Street, 6-9 p.m., $70 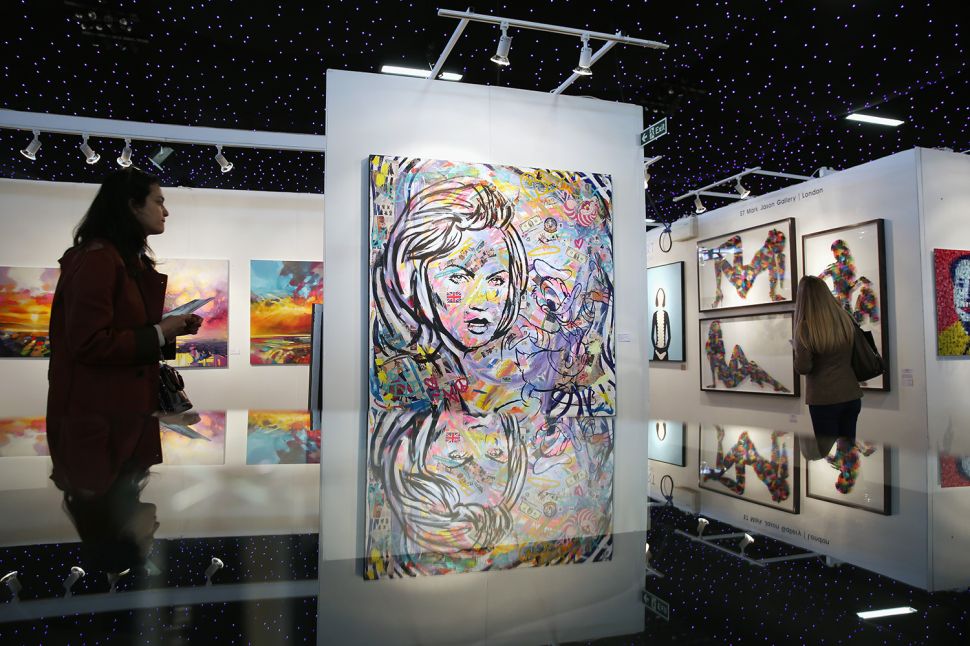