Well, one pair seems to be existing in domestic bliss on this show. Of course, that couple is Brett and Alex, sharing what looks like a glorified sophomore year off-campus apartment, with Chrystie and her vocal fry as the live-in third wheel. The walls of the house look like Carrie Matheson’s apartment while she’s deep in a manic episode, except instead of terrorist intel, the walls are plastered with plans for Brett and Alex’s “Dune” musical. You know what they say, he who controls the Spice controls the universe.

The fact that Brett, and by extension Alex, has fully regressed to his teenage self has not gone unnoticed by his daughter Sophie, who is acting out by hiding Michelle’s keys because she noticed that her dad isn’t sleeping in the house. Michelle addresses this development in a tense coffee date with Brett, where we learn that they have been living separately for at least a couple weeks and that Brett is no longer wearing his wedding ring. However, he does appear to put it back on in the subsequent scenes at his crash pad with Alex, where the ring appears to be back on his hand.

During their meeting, Michelle presses Brett to make a decision about the state of their marriage, as they can’t stay in this matrimonial purgatory forever. However, making a decision on if they should stay together isn’t a priority for Brett. You know what is a priority for him? Driving an Uber so he can fund his Dune puppet musical and have more time to devote to Alex and his regression back to their high school selves.

The fact that the two old chums are getting along better is partially due to Alex’s confidence being shaken after his character gets changed from an Eastern-European vampire to an Eastern-European by the coke out beardo director Big C midway through shooting the TV series. Still, it’s a far cry from, say, day-counter at an AA meeting or newly divorced dad from the Mid-West or any of the other roles Alex looks more suited for. Although it’s not a demotion, Brett still loves the fact that Alex has been humbled. A common thread these characters have is openly relishing the failures and fuckups of their peers and using them as personal yardsticks of achievement. Remember when Tina got to revel in the moment Michelle was arguably the more fucked up sister?

As for Michelle, she definitely has the worse end of her separation bargain with Brett. While her husband fucks off and relives his high school theater fantasies, she’s still stuck with the thankless tasks of taking care of their kids and then getting the failing charter school off the ground. Apparently fucking David also fucked the school’s progress since he was working a personal connection for funding before abruptly leaving the project after declaring his unrequited love for Michelle. However, salvation may come in the form of Anna, a Gwyneth Paltrow-esque, formerly high-powered attorney turned antsy housewife. She’s played by Katie Aselton, Mark Duplass’ wife, and frankly, I’m surprised it took this long for her to show up in the series. Despite what her severe, angular haircut might imply, Anna turns up as a warm and sympathetic ally in a project that’s been looking pretty hopeless, as of late.

Fortunately for Michelle, Tina decided to play nanny and look after the kids. There were no shitty diapers this time around, but the experience was still pretty hellacious with the school parking lot lanyard bureaucracy and spilled orange juice ruining her leather shoes. However, something in Tina breaks and before long she’s joyously running through sprinkles with the children that almost caused her to have a nervous breakdown.

I guess we’re supposed to believe that this trying time with the kids awoke some dormant maternal instinct in Tina. At least, that’s what her frustrating conversation with Larry would suggest. She comes home and gushes over how in love she is with her infant nephew and he starts panicking.

And why wouldn’t he? Larry’s got a pretty comfortable life drinking wine, growing questionable facial hair,  playing poker with Tom Hanks, and coming home to Tina drinking infused waters in his hot tub. What does he need with a baby messing all that serenity up? Fuck if he’s gonna be able to spend his golden years dicking around on his iPad in peace with a screaming kid around.

Plus, there’s the logistical questions surrounding how Tina is going to pull off this new goal of motherhood. She doesn’t have a career to speak of and a rift with Larry will threaten her living situation, as evidenced by the fact that she’s crashing on Michelle and Brett’s couch after their nasty fight. How and where is she going to raise this hypothetical baby?

Well, according to Brett, she’s “frighteningly tenacious” so if she decided she wants to be a mother, she’ll probably be pretty good at it.

Tina’s ticking biological clock is a disappointing turn that seems to come out of nowhere. TV already has its share of women of a certain age who are desperate to have a baby. I’m more interested in the women who want something, anything, else. 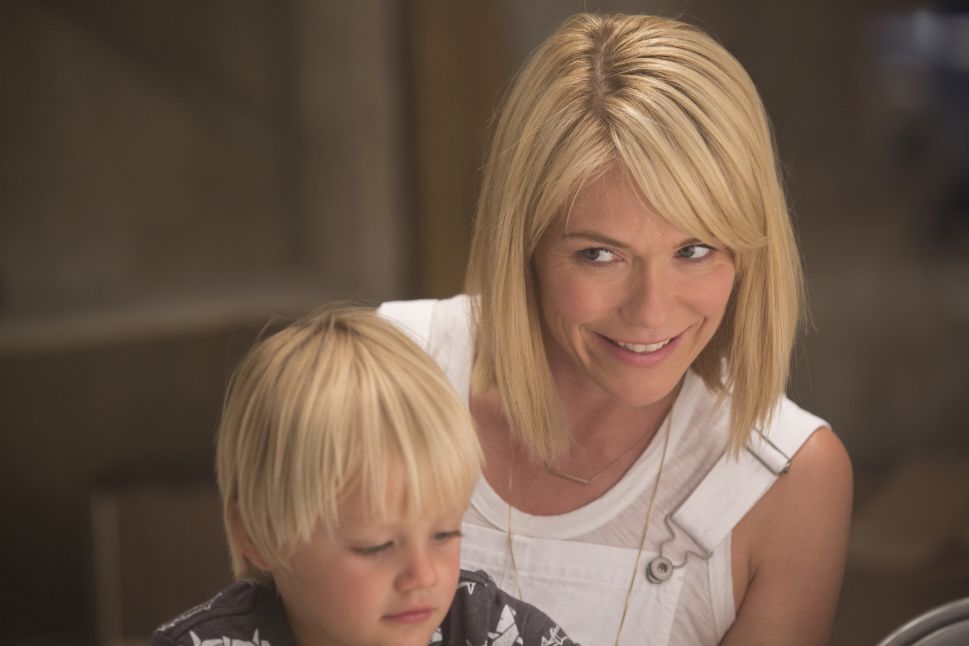