Corey Lewandowski, Donald Trump’s campaign manager, has been charged by a Florida police department with battery against a reporter he is accused of roughly grabbing during a campaign event earlier this month.

Mr. Lewandowski turned himself in to police in Jupiter, Fla., this morning, according to the Palm Beach Post, which cited a police report. No one answered the phone number listed for the department’s public information officer, and the voicemail box was unsurprisingly full.

“Mr. Lewandowski is absolutely innocent of this charge,” the Trump campaign said in a statement today. “He will enter a plea of not guilty and looks forward to his day in court. He is completely confident that he will be exonerated.”

Ms. Fields’ account was supported by a Washington Post reporter, Ben Terris, who said that he witnessed Mr. Lewandowski grab her. The Observer’s editor, Ken Kurson, was also present during the incident and said he did not see Mr. Lewandowski touch Ms. Fields.

“I was five feet away from the alleged incident and didn’t see anything. I was literally looking right at Corey when it supposedly happened,” Mr. Kurson told Breitbart earlier this month. “…[A]nd if this happened, I think I would have seen it. I have a lot of experience as both a journalist and operative in these kind of press scrums and I didn’t see anything at all out of the norm.”

Ms. Fields later resigned from Breitbart, along with several colleagues and the news organization’s spokesman, and said that the conservative news website had not supported her after the incident.

You can watch the footage released by Jupiter Police, captured by security cameras, here.

Correction: A previous version of this story said the incident took place at Mar-a-Lago. It was actually at Trump National Golf Course. 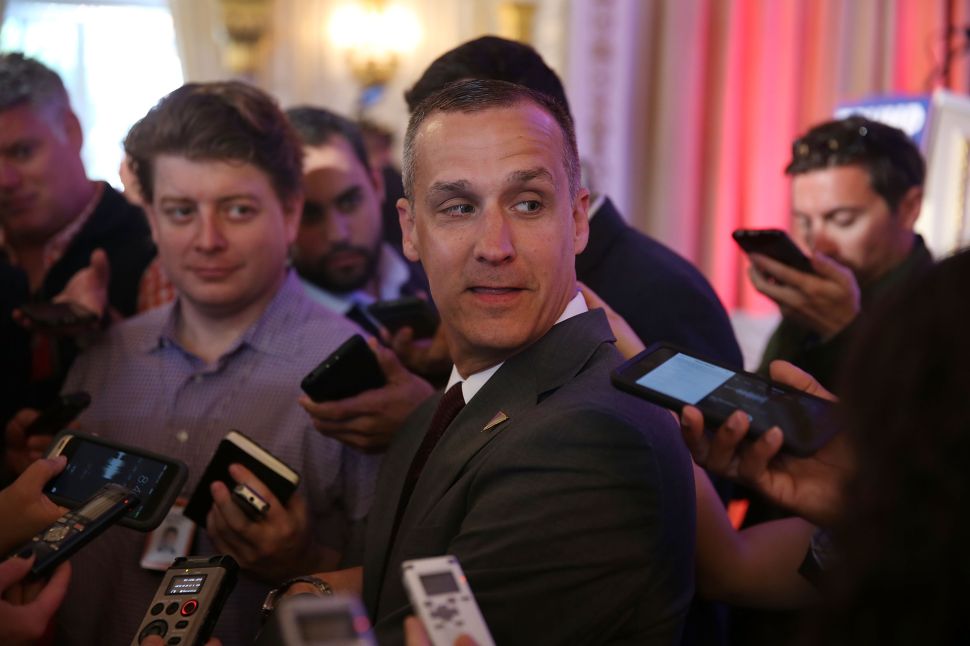