A massive assault on freedom of the press in Turkey began a few months ago. On November 1, 2015, Turkey went to the polls to elect their members of parliament. The big winners in that election were, once again, the AKP Party, a.k.a., the Justice and Ruling Party.

The next day, on November 2nd, the weekly magazine Nokta published its post-election edition. The headline read: “Monday, November 2, Start of the Turkish Civil War.”

The government wasted no time in shutting down the news magazine. Police arrested the newspaper’s editorial staff and they were arraigned.

The editors are now out on bail. The newspaper has resumed printing. But Nokta, which, before the elections and subsequent arrests, had a decidedly anti-government slant, is now an unabashedly pro-government publication.

The drama has repeated itself over and over again over the past six months.

Turkey may call itself a democracy, but it is hard to call this behavior democratic. President Recep Tayyip Erdogan’s government readily arrests Turkish citizens on charges of anti-government behavior, sedition and endangering the security of the nation.  These newspaper editors were arrested for the crime of insulting the president. Yes, in Turkey, insulting the president is against the law.

That headline and the substance of the article are the reason the editors were arrested. But it should come as no surprise that this magazine, and other publications as well, were and are critical of Turkish President Recep Tayyip Erdogan. Sensational, certainly. Controversial, definitely. But sedition? Hardly! And yet, the editors were arrested, the offices were closed, files were seized and the internet site was blocked, all in order to build the case against the news magazine.

Other newspapers and media organizations throughout Turkey braced for more closures and arrests. They didn’t have to wait too long.

On February 26th a Turkish court ruled that another two editors being held in prison for sedition needed to be released and that their rights were violated. Their paper, an independent called Cumhriyet, had published pictures and video of the Turkish intelligence agency helping send weapons across the border into Syria.

President Erdogan condemned the editors and their media outlet and called them a threat to the national security of Turkey.

In Turkey today there is no real check against the authoritarian Islamic AKP party.

In other examples, the media headquarters of Hurriyet was attacked after publishing a simple critique of Erdogan. Ahmet Haken, a columnist for the paper, was chased down on the street and beaten. A TV station owned by Koza-Ipek Holding was raided and taken off the air. Koza-Ipek Holding is a mining company that owns more than twenty Turkish media outlets and is generally critical of President Erdogan.

Editors have even been arrested over tweets.

Bulent Kenes, the editor in chief of Today’s Zaman, was arrested for a tweet that insulted the president. The arrest came after a disagreement with the prosecutor. It was first said that the editor was simply expressing his opinion—but the prosecutor said no, Kenes must be arrested for his insults.

There are three tests for democratic society today. How it treats women. How it relates to minorities. How it deals with the freedom and speech and press.

Turkey is, in many ways, a democracy.  But major elements of Turkish democracy have always been squelched. This was by design, it was built into the fabric of the government in order to preserve stability.

For decades, long before the rise of President Erdogan, Turkey had a balance counter balance between democratic forces and the military caste. The military was in place to preserve the democracy. And every decade or so when the extremists (or the Islamists as we call them today) were about to take over the democratic nature of government, the military would step in (read coup) and stabilize the government which would then return power to the people.

In Turkey today there is no real check against the authoritarian Islamic AKP party. There are parties which are more radical than AKP and they remain strong and untouched. It is becoming clearer with each passing day and each maneuver that the Turkish President has absolutely no interest in mending fences with the Western world or maintaining freedom of the press. 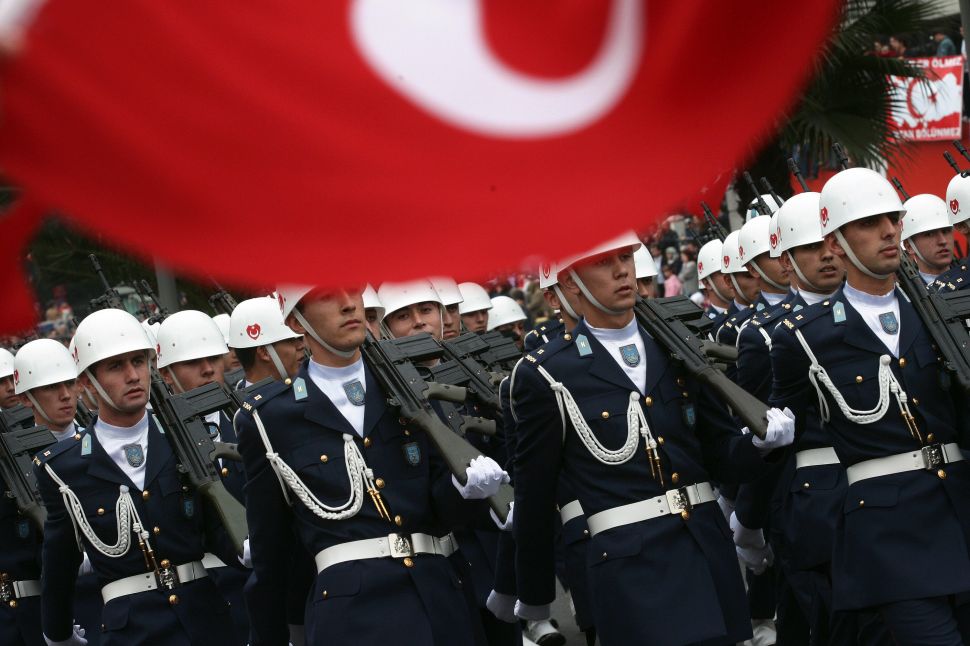