GALLOWAY — Senator Jeff Van Drew (D-1) and district-mates Bob Andrzejczak and Bruce Land headed a panel of state and county officials Thursday in a discussion of deep South Jersey’s economic future at Stockton University. The area has suffered in recent years from the closure of several Atlantic City casinos, which created an economic ripple effect that compounded the region’s longtime lack of investment. The state’s three southernmost counties suffer from the worst unemployment in the state.

Van Drew spoke to the region’s unique challenges, saying that local staple industries like agriculture and aquaculture often get short shrift due to the Garden State’s urban, industrial reputation. Van Drew said that even his fellow legislators often “don’t see New Jersey as an agricultural state at all.”

“They see New Jersey as an urban state,” Van Drew said, after calling for the legislature to simplify the bureaucratic process for opening new aquaculture facilities. “They understand manufacturing, they understand big pharma, they understand the financial industry,” he added of Trenton’s focus on North Jersey’s economic strongsuits.

Harvey Kesselman and Ali Houshmand, presidents of Stockton and Rowan Universities, expressed their willingness to work with the state to create new low-cost professional development programs, with Houshmand saying he wants South Jersey to become the “insourcing capitol of the world” in creating call center jobs that might otherwise be outsourced to India or the Philippines.

Dr. Aaron R. Fichtner, Deputy Commissioner of the New Jersey Department of Labor and Workforce Development, said in his remarks that while South Jersey has enjoyed some of the gains in employment numbers that the rest of the state has seen, much remains to be done in terms of training programs and unemployment benefits for those put out of work by the shuttered casinos.

With New Jersey’s 4.5 percent unemployment rate leading the country’s 4.9 percent average, Fichtner said it remains to be seen whether deep South Jersey can latch onto those employment gains by offering incentives to businesses that hire laid off casino workers and developing new programs to help workers get professional certifications at a low cost.

“This region has lagged behind the state,” he said, noting that unemployment in Atlantic County sat at 7.3 percent in December of 2015. Neighboring Cape May and Cumberland Counties had 12.3 and 7.3 percent unemployment, respectively.

Atlantic County Freeholder Frank Formica was critical of the department’s efforts so far, pointing to disappointing job placement numbers that failed to yield jobs to match the spending. The department, he said, has not placed enough of an emphasis on growing South Jersey’s native farming and fishing industries.

“Lat year, we put $11.4 million into life skills, job training and other incentive programs. I remember in ’13 it was $15 million,” Formica said. “You’re looking at pretty close to 57,000 people who have lost a full-time job in Atlantic County and Cape May.”

“I think we trained 1,577 people,” Formica said of that 2013 effort, before 2014’s additional casino closures. “We landed about 200 jobs, which is a pathetic percentage and a waste of resources.”

“We’ve really been working to push the envelope and have very close relationships and connections with he U.S. Department of Labor, so if there are any federal restrictions we would be happy to explore them and find ways to break them down,” Fichtner said in response. 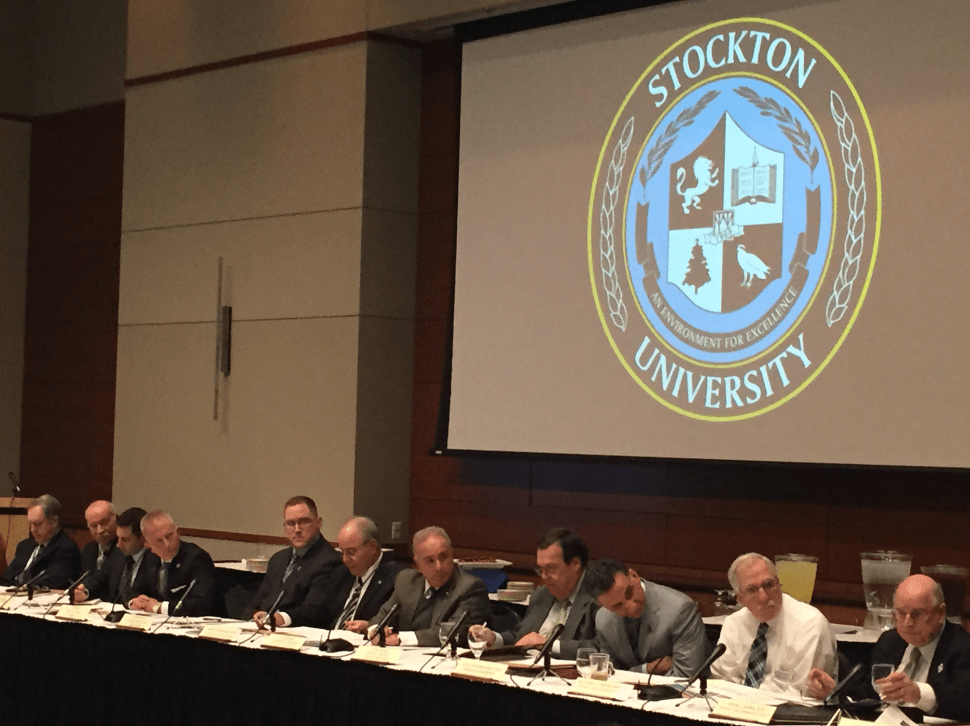