“For reasons not quite defined, in our culture it’s very easy for veterans to disappear, for their voices not to be heard. It’s programs like this one that create new bridges of communication and understanding about the veteran experience.”

This statement is from April Fitzsimmons, an Air Force Intelligence Analyst, speaking about the Veterans Writing Project, a program sponsored by the Writers Guild Foundation (WGF), a nonprofit organization with the mission of promoting on-screen storytelling. After participating in the program, Fitzsimmons is now a writer on the television drama series Stitchers.

The Veterans Writing Project pairs military vets with experienced film and television writers who are members of the Writers Guild of America. These writers mentor the vets in two phases: via a full weekend seminar, followed up by a series of regular meetings held throughout the next year.

“Anyone who is a member of the military is welcome to apply to the program,” says Katie Buckland, Executive of the WGF. “This includes active duty service members and veterans as well. The only other qualification is that the individual has a sincere passion for writing and is ready to learn more about the craft and business of writing for television or film.”

From approximately 100 applicants, 40 – 50 are chosen for each term of the program, says Buckland. Currently, there are two tracks of the project, one beginning in May and another that starts in October.

Buckland wants to be clear that the program is not a therapeutic endeavor. “We’re not equipped for that. What we are is a job training program for writers who want to work in this industry.”

As far as job placement goes, Buckland says that the program has had proven successful in this area. “I get calls regularly from showrunners saying ‘who’s in the veteran’s pipeline? I’d like to hire a vet to write on my show.’”

Brian Anthony applied to the program while he was deployed in Iraq as a Captain in the Army Special Forces. Anthony has written for the television series Army Wives, Ironsides, and Constantine. Of the benefits of the program he says, “The three biggest things I’ve gotten out of this is that it put me in a room with professionals who were doing what I wanted to do and I got to learn from them, I was right in the middle of a large group of like-minded vets which was awesome, and it gave me a community that I desperately needed being just out of the service.”

Another participant, Yvette Foy, an Army Sergeant echoed Anthony’s sentiments, saying, “It makes you feel like ‘I’m not in this alone in trying to do this.’ That was something I really needed to feel.”

Foy explained a bit about what goes on during the weekend retreat, disclosing, “The writers are broken up into small groups that are led by two to three mentors. In those groups, we do exercises and have discussions about the writing process. We really worked on things like critical thinking about plot lines, crafting believable dialogue, and how to get past any stumbling blocks that might get in the way of telling the story. There was individual work, but there was a great deal of collaboration as well, which is great because that mimics the real world writing process.”

Jalysa Conway, a Captain in the Air National Guard, who is currently writing on a television series based on her personal experience in the military, says that she feels an important fact to note about the program is that everyone, no matter what level of individual experience, will get something out of it. “If you’re a vet and you’re passionate about writing, this is for you. Everyone, no matter what level, will take away something of value from this program. And, when you’re in it, you just feel like you’re home, because you’re among people who have all been through similar life experiences. That’s one common thread, with another being that we all love writing. It’s a very unique environment and one that’s just extremely supportive.”

In an effort to put the impact of the Veterans Writing Project into perspective, Foy offers this: “Right now, there are a lot of entities out there who say they serve vets, when they really don’t. That’s absolutely not the case here. In this program, we’re not being slighted at all. In fact, we’re being elevated in an amazing way and that’s something that should be celebrated.”

Applications for the next round of the Veterans Writing Program are open until 5pm PST on March 28, 2016. The writers retreat will take place May 14th and 15th in Los Angeles. 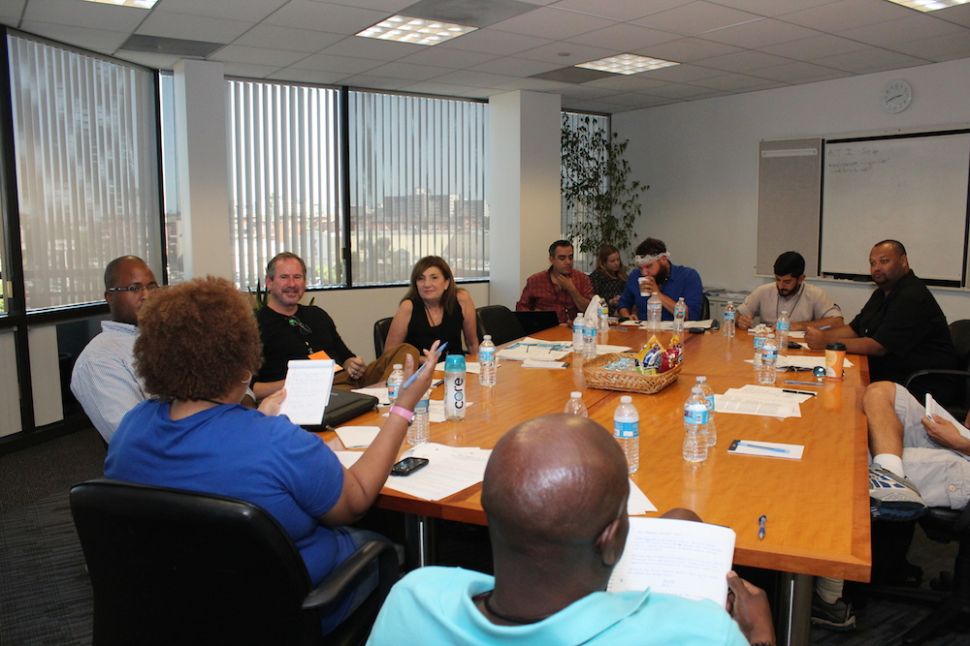