Just one week removed from what I thought was a game-changing, bonkers halluci-palooza for Vinyl, I suddenly find it hard to care at all about this coked-up HBO…drama? Sure, let’s go drama, because Vinyl is certainly DRAMATIC. But for a character’s stakes to feel like a true drama shouldn’t we be invested in their endgame, positive or negative? That’s where Vinyl hits a pretty glaring problem:

I don’t hate Bobby Cannavale, who is succesfully dialed up to 11 every second, for better or worse. I hate Richie, the character. Not love to hate, not hate to love…I just hate him. And even stranger still I think that’s exactly what Vinyl’s creative team wants. But what they don’t seem to understand is when you pile on every damaged anti-hero trope in the book–absent wife, alcohol, drugs, estranged friends, unfounded narcissism–the pile collapses under all that weight, man, and what’s underneath is a straight unlikeable dick. I mean this episode, “The King and I,” is about Richie literally thinking the universe revolves around him, that it would send him the mystical numbered clue (18) to drag American Centruy from the debt-hole he put it in.

It is appropriate, however, that by episode’s end the universe itself sends him the same message I am: “Dude, keep spinning the Roulette wheel. I don’t care.”

Doctor, my eyes
Cannot see the sky
Is this the price for having learned how not to cry
-Jackson Browne, “Doctor My Eyes”

It’s strange that a show so concerned with substance abuse could air an episode where such little events of substance actually occur. Take a step back–what was accomplished in “The King and I?” Could we erase this episode from Vinyl‘s history and suffer any consequences?

Money from the sale of American Century’s plane was gained, and then lost by the end of the episode. Zak’s trust in Richie was regained after last week’s bat mitzvah debacle, and then disastrously lost by episode’s end–whether Zak knows it or not. Richie’s sobriety seemed to be making a comeback since Devon left for good–off-screen of course–but that definitely was lost, again, by episode’s end.

In fact, Richie and Zak’s brief pitstop in Southern California was such a nothing of a storyline, I genuinely couldn’t remember what they did in Hollywood 20 minutes after the credits rolled. I usually love, love Vinyl‘s treatment of real-life rock stars, but this week’s entries truly felt like a night of point-and-be-mildly-interested. What is this, Gotham? “Huh, that’s Mama Cass. That’s…cool?”

And then there’s Elvis Presley, the King himself, played dutifully by actual Elvis impersonator Shawn Klush.

‘Gators got your granny
Everybody said it was a shame
-Elvis Presley, “Polk Salad Annie“

The scene between Richie and Elvis–out of the rhinestones, into the purple velvet–is this week’s best played, but Vinyl robs itself of any genuine tension. This isn’t Tarantino. No one is killing Hitler, so to speak. Vinyl doesn’t change history, it just moves it along at a faster pace. So we know Elvis isn’t going to ditch Vegas to invent punk rock–which would have ruled, by the way–and we know he doesn’t have “50 years” left in him. He has four before he dies in Memphis, Tennessee, possibly on the toilet.

What we’re left with is yet another pitch from Richie about capital letter Rock and Roll. And Elvis, at least for a moment, buys in–which I get. I bought in, too, for roughly six episodes, riding along on nothing but pure emotion and very little explanation. But I’m seeing through the pitch now. Vinyl has transitioned from the high into the hangover.

Elvis doesn’t get the chance to find this out thanks to intervention of Colonel Tom Parker, who keeps his hound dog secured tightly on its leash. It’s the sole moment of the episode that packs an emotional punch–and it’s a significant one–seeing a King turned into a Jester by Gene Jones’ menacing Colonel. The Elvis of just moments before, the one with a genuine spark in his eye at the thought of a career reinvention, becomes a child performing a trick with a gun that probably at one point made the people clap.

But again, to what end? I feel bad for Elvis Prestley, not Richie Finestra. But it’s Richie we follow down to the casino, to watch him spin away any semblance of likeability he had left on a roulette table.

And so we have our conclusion–some stuff happened back home with Craig in the mail room and Jamie with her parents, but I dare you to be interested in any of that–with Richie whisking away the money from the plane sale while Zak is menage-a-distracted, and repeatedly betting it on the number 18. It’s a twist so obviously engineered to highlight in big neon Vegas letters “ROCK BOTTOM,” but Richie has already drilled through rock bottom to some awful layer below. How many times can we watch him fuck up and still root for him, much less stay invested?

Tony Soprano cared about his family, Don Draper cared about his image, and Walter White cared about his empire. I can’t, for the life of me, figure out if Richie genuinely cares for anything, including himself. I’m at a loss to explain why, then, I should care about him. So I’ll do what Richie did early in the season, when he needed an alibi for a murder (remember THAT?): I’ll turn to my father, who texted me his brief review of Vinyl after the episode: “It’s so loud, and I want to punch the main guy in the face.”

Not the most subtle critique, but Vinyl is anything but subtle. And to think, I was expecting something high-classed. Well, that was just a lie. 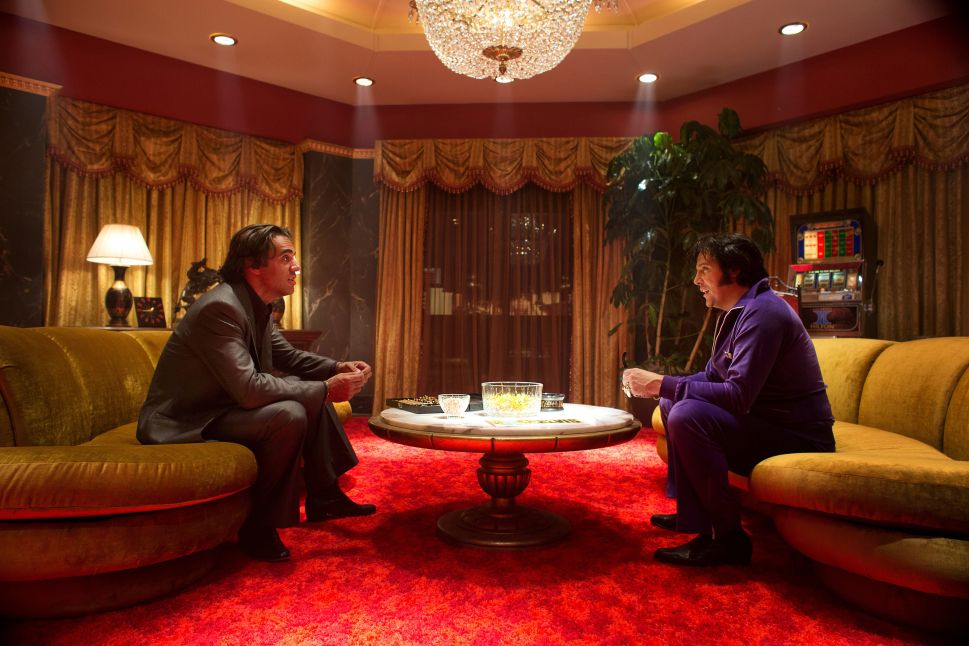