When you think “Israel, the Start-up Nation,” you don’t necessarily associate it with cannabis—but it’s time to think again.

CannaTech’s conference March 7-9 brought hundreds of visitors from all around the world to Israel, a country leading and accelerating cannabis innovation, in order to showcase recent advancements in medical cannabis.

The conference hosted a range of speakers from academic, scientific, medical, agronomic, entrepreneurial, investor, media and even political perspectives.

Many maintained that it is not random that Israel is leading in this innovation.

CannaTech CEO Saul Kaye argued that the “start-up” energy translates directly into leadership in medical research and cannabis development in three prominent ways: First, “A brief look at the Jewish psyche…  [reveals that] circumstance has forced us not only to survive, but to thrive.” Second, he argues, the modern threat that Israel lives under paradoxically contributes positively to Israeli innovation: “The harder we are squeezed, the finer products we produce.”  Third, he said, the required army service engenders a sense of obligation to serve, defend, and optimize: “[The army training] drives entrepreneurship and fosters young minds to continually question and improve the process. This translates directly to the success of Israel in so many fields from medical, agrotech, biomed, security and pharma.”

I would add that the Jewish people also feel a responsibility to perform “tikkun olam,” repairing the world and improving the human condition. When Israelis realize the extent of cannabis’ healing power, we feel a social responsibility to promote that awareness. This cultural value comes from the Talmud, where it is written, “Whoever saves a life, it is considered as if he saved an entire world.” Israelis truly live by this dictum in every sector. From the army to the sciences, there exists in Israeli culture an obsession with the value of life.

Hillel Fuld, a tech blogger-turned marketing guru/serial entrepreneur, adds what he calls an “anti-freier movement” (freier is Yiddish for a pushover): “The unwillingness to merge, whether on the highway or in business, is the same character that drives the world of innovation.”

Cannabis has been shown to decrease the side effects of cancer chemotherapy, as well as curb life-threatening seizures in children with drug-resistant epilepsy. Unsurprisingly, it was an Israeli professor, Raphael Mechoulam, who discovered THC in the 1960s and conducted research on cannabis as a treatment for epilepsy, producing promising results. “There was an epilepsy clinical trial in 1980 that yielded positive results,” noted Mechoulam,  “and yet, it wasn’t repeated until recently. Too many patients have suffered.”

Dr. Sue Sisley, a specialist in Internal Medicine and Psychiatry, is known for her research in medical uses of cannabis to treat veterans diagnosed with PTSD.  She has seen marijuana reduce the incidence of suicide and depression, citing the shocking statistic that “in the time it took to approve a study on how marijuana helps PTSD, 24,000 veterans killed themselves.”

And yet, while most Israeli research institutions are testing cannabis, there is only one FDA-approved clinical trial for cannabis underway in the U.S.

What gives Israel the edge compared to other places?

First, the government makes cannabis accessible to qualified patients through full subsidies, adding context and legitimacy to the global research on cannabis.

Second, because Israel is a small country, there are not as many protocols and obstacles to accessing medical marijuana. This puts patients before politics. Sharon Imberman, the parent of a child with drug-resistant epilepsy, says, “The clinical trials that we have to date here in Israel are based on the actual experiences of children in our community.”

Third, the U.S.’ multi-agency review process for FDA-approved research binds the approval process of any drug in red tape. Marijuana is (wrongly) labeled as a Schedule 1 drug, with “no medical benefit and high potential for abuse.” But there are even more barriers to researching marijuana than for LSD, cocaine and even heroin. Marijuana specifically requires additional review processes by the National Institute on Drug Abuse, which is the sole supplier of marijuana for studies. Even more, NIDA’s very mission statement restricts the approval of research that may help uncover any therapeutic potential of cannabis. In the lucky circumstance that source material is granted, it is often inferior and radically more expensive than state-regulated materials found at dispensaries.

Last, the cannabis plant is stigmatized as a drug used for recreation. Users are labeled criminals and drug addicts—and it is this very stigma on people who use cannabis that keeps affected people from seeking treatments.

Although Israeli universities continue to lead cannabis research, clinical trials are largely missing in the modern research because of legal roadblocks. While there are animal trials being conducted for the treatment of type 1 diabetes, there are no clinical trials planned as yet.  “We need more rigorous randomized controlled trials,” agreed Dr. Sisley.

But the future of medical cannabis research outside of Israel is unclear. Governments impose regulations and standardizations on the plant that obstruct research. Hopefully, this is where Israeli entrepreneurs will continue to come in. It takes a lot of innovation to be able to “hack” the system and bring new understanding to cannabis that might be able to open bureaucratic minds.

The light at the end of the tunnel may be the increase of global legalization of medical marijuana. Increased access should enable researchers to conduct observational studies on patients that prove the salutary effects of cannabis, leading to even more research, healing, and lives saved. 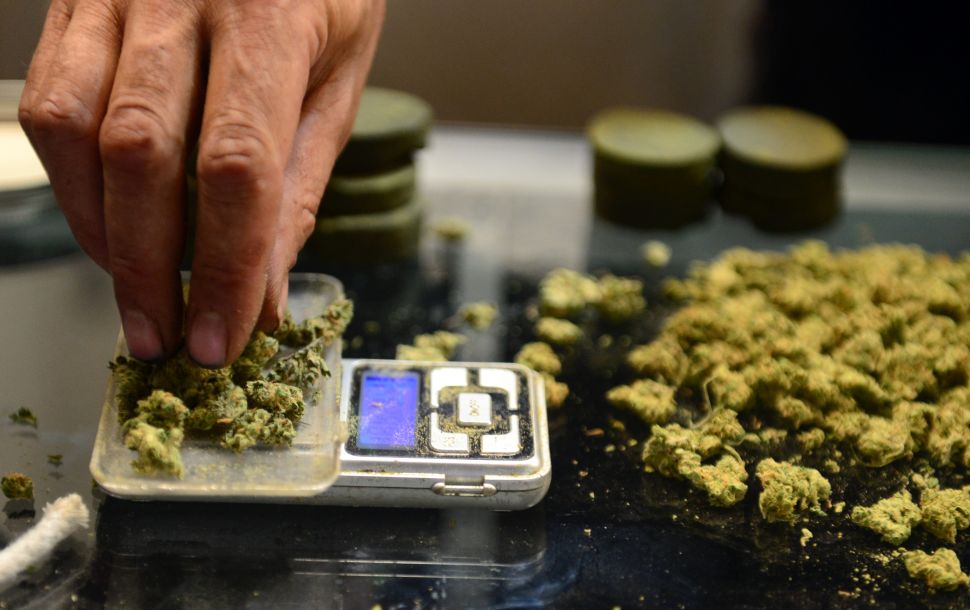